Jacoby Ellsbury is no traitor

He may have gone from Boston to New York, but Jacoby Ellsbury is still no traitor.

Share All sharing options for: Jacoby Ellsbury is no traitor

It's easy to make comparisons between Johnny Damon and Jacoby Ellsbury. Both of them Red Sox outfielders gone to the Yankees shortly after winning World Series for the sake of getting the top dollar. It's a move that gained Johnny Damon the title of "traitor" in these parts, and if the eight intervening years have allowed some fans to come to terms with his departure, there are many who will always see him as persona non grata in Fenway.

With Jacoby Ellsbury, however, the reaction has been much more ambivalent. There are certainly those who see him as a traitor, but they seem to be very much a minority on the extreme end of the spectrum. Why the difference?

Perhaps it's because Ellsbury has been leaving Boston for four years now. Actually, in some ways he's been leaving since he got here. This is not a knock on him; it was the Red Sox who initially included his name in trade talks for Johan Santana. And while many were hoping it would be Jon Lester (whose World Series clinching start did not quite stack up to two months of excellence at the plate and in the field) and not Jacoby Ellsbury who would be sent to Minnesota, many still made their peace with losing him if it meant an ace coming back.

More likely, though, it's 2010 where you can draw the line. 2010 brought us Mike Cameron in center field and Ellsbury in left as the Red Sox reacted to defensive metrics which suggested his inability to make good reads might be costing the team runs in center. That, in turn, brought us a collision with Adrian Beltre and an uncomfortable saga which saw Ellsbury painted as soft or uncommitted in the media, with much of the fanbase buying into it.

It's odd how a reputation like that can stick. Particularly when further evidence (in this case scans showing previously unnoticed cracked ribs) prove the player's concerns completely valid. Maybe it has to do with first impressions--this was the first time Ellsbury had to deal with a real injury, and it turned into a lengthy circus. Maybe it has to do with simple pride.

Whatever the case, the whole affair left a rift between Ellsbury and both the team and fanbase. One that not even 2011 could fully heal. And when the end of that year left the Red Sox with a strong reason to avoid massive long-term contracts, the writing started to become even more clear. Throw in Scott Boras, a fresh round of trade rumors surrounding Justin Upton, and yet another injury in 2012, and the only question was whether or not Ellsbury would play well enough in 2013 that Boras would not go looking for a one-year contract to rebuild Ellsbury's value. Sure enough, Ellsbury performed as the Red Sox made their way to the World Series once more, and with Jackie Bradley Jr. waiting in the wings, there was little-to-no chance of an Ellsbury return. It's not that he made the leap to the Yankees on Tuesday.  He just took the last step out the door. 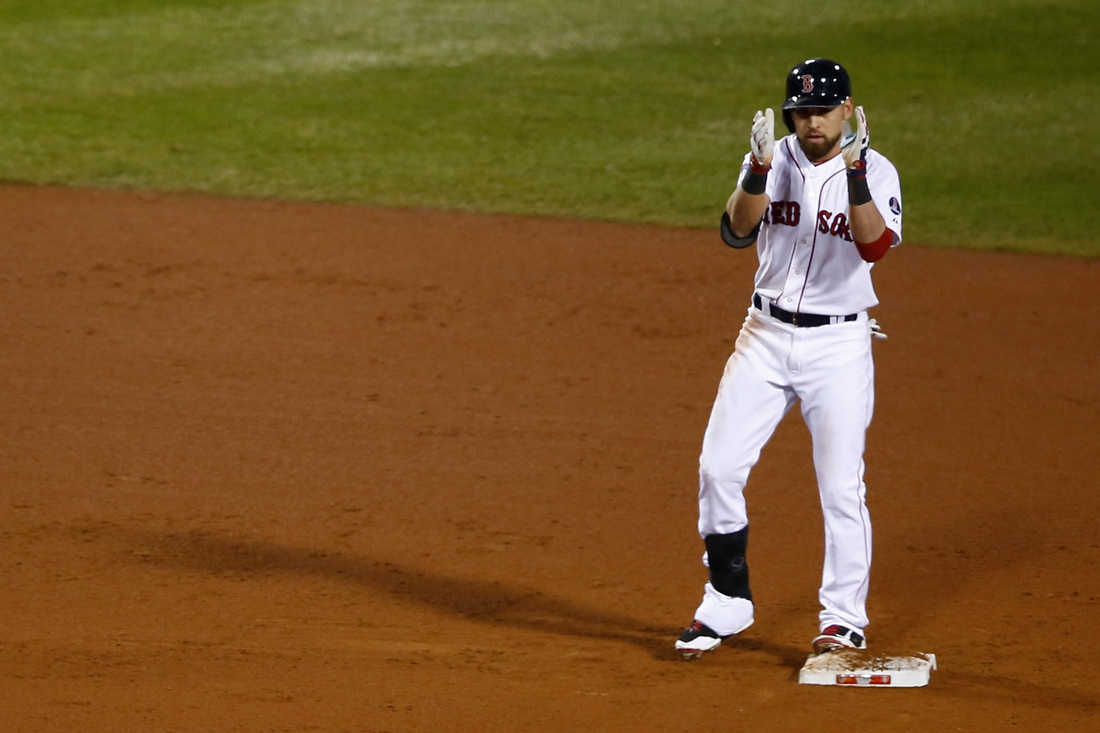 All this is to say that, if we really feel the need to assign blame, it can be spread around. But, really, what blame is there to be spread? This is, simply enough, a business decision. One made by the Red Sox, the Yankees, and Ellsbury, and there's no reason to overcomplicate it. Johnny Damon is the one who made it personal, saying he could never play for the Yankees. Johnny Damon is the one who made himself out to be Red Sox to the bone, and reaped the rewards in terms of adulation from the fanbase as a result. 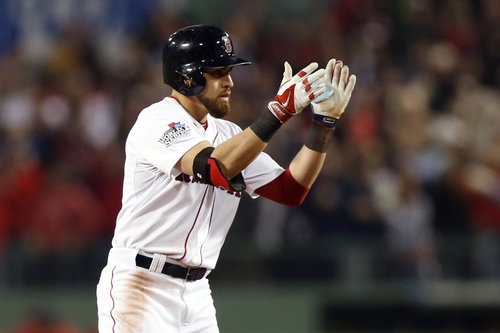 And the Sox made the business side of things an easy choice indeed.

Jacoby Ellsbury received no such love. Oh, sure, he had a fanbase, but Red Sox fans as a whole did not view him as the consummate Red Sox the way they did Dustin Pedroia or David Ortiz or, yes, Johnny Damon. And that's because Ellsbury never made himself out to be. That's a hard position to love, but it's honest, upfront, and easy to respect. If he's not showing the Red Sox loyalty, well, he was never required to, and there was never much loyalty from the team to begin with given all the trade talks and injury conflict. It was always just business.

So when Ellsbury inevitably makes his trip back to Boston, and everyone is pushing the "will they boo him" angle, just remember that, no matter how easy it is to compare Ellsbury to Damon, their time with the team and the circumstances of their jump to New York don't really match. Maybe you cheer him for memories of 2007 and 2013. Maybe you boo him because he's a Yankee and that's what we do to Yankees around these parts. Just hold off on the special brand of venom reserved for the "traitor," because Ellsbury really just doesn't fit the bill.