Share All sharing options for: How will the Red Sox replace Jacoby Ellsbury?

You've probably heard the news. Jacoby Ellsbury signed with the Yankees. This means a bunch of things, but for the purposes of this article, it means he won't be back in center field for the Red Sox next season. That's a bit of a problem from a production standpoint as no matter which system you look at, be it BP, FG, B-R, or GS (that's Grandpa's Stats), Jacoby had what the stat nerds call "a heck of a season."

By Baseball Prospectus WARP, Ellsbury was worth 4.4 wins, and by both Baseball Reference and FanGraphs' WAR he was worth 5.8. Rare agreement! So Ellsbury was super valuable and that's because he was super good. Now that he's headed south for the winter (and the ensuing six and two thirds years), what will the Red Sox do to overcome that loss in productivity?

A comp springs to mind. When Pedro Martinez signed with the Mets in 2005, everyone freaked out (sound familiar?). Many thought that the '05 Sox had lost one of the best pitchers in baseball, but in truth Martinez wasn't that anymore. He was still good but his level of productivity wasn't '99-'02 anymore. And anyway the Red Sox didn't need to replace that Pedro to replicate the overall productivity of the '04 team, they just needed to replace the '04 version of Pedro, and that was much easier to do. Signing Matt Clement probably would've got it done too, if it hadn't been for a line drive off the face. Bygones.

Point being the Red Sox don't need to replace the MVP-level 2011 Ellsbury as much as the 4-6 wins the 2013 version provided. Still though, that's not the easiest task. So how, then, do they do that?

There are numerous ways. Firstly, Ellsbury will leave his customary center field open and someone else will fill that void. The new center fielder isn't likely to be as productive as Ellsbury was last season but they will provide some level of output. What that output is depends on who it's coming from. Right now I see two basic options. 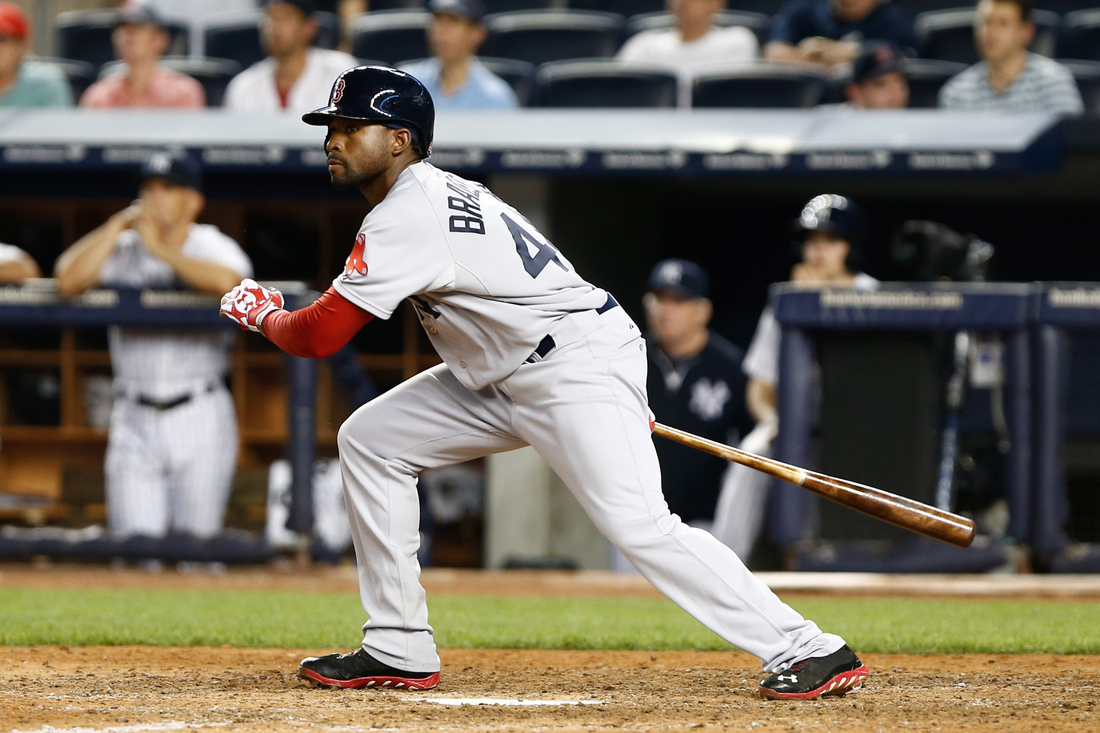 Moving Victorino only makes sense if the team acquires someone who can only play right field, and since they already have a right fielder, that would mean the new player is being acquired for his bat. This could be a guy like Giancarlo Stanton, a huge move, or it could be a guy like Carlos Beltran. With either player, the expectation would be that they'd replace the balance of Ellsbury's production. If so, problem solved! But, otherwise Victorino is probably staying put. Meaning...

Jackie Bradey, Jr! Much has been written about Bradley here at OTM and at many other places, but the short short version is he's expected to be a productive major league center fielder. Whether or not he is able to produce immediately or not is the question. I'm a fan of Baseball Prospectus's PECOTA projections, but those haven't been released yet. FanGraphs has released their Steamer projections though and they project Bradley to hit .256/.337/.402 in 606 plate appearances, worth 2.2 fWAR. That's about 40 percent of Ellsbury's production from last season. We can disagree with that projection, maybe Bradley will be better than that, but it sounds reasonable to me. He he did hit .275/.374/.469 in Triple-A, pretty good for a 23-year-old and more in line with what many analysts think his peak major league numbers will look like, but his production in Boston left much to be desired.

More likely though, there will be a difference and that difference will have to be made up somewhere else on the diamond. As to places where Boston could pick up a few wins, two positions spring to mind. The first is shortstop, and the second is third base.

The Red Sox were actually decent at shortstop last season, productivity-wise. By FanGraphs WAR (the easiest to sort), Boston ranked seventh in baseball. Nothing wrong with that, but there is some room for growth. A full season of a healthy Stephen Drew could beat that, but that might be asking for a lot, maybe even an unreasonable amount. Of course, they could move Pedroia to shortstop and sign Robinson Cano ha ha ha but no. If they re-sign Drew, then that position likely holds serve, no small matter that. If they don't, then Xander Bogaerts enters the story. Actually, either way Xander Bogaerts enters the story because if they re-sign Drew we move on to third base.

The real and only hole on the 2013 team -- true story: World Series winners don't have many holes! -- is third base. Much was expected of Will Middlebrooks last season, and very little was delivered. Whether or not it was just a rough second season in a very good career or a disappointing season from a player with a few too many holes in his offensive game remains to be seen. 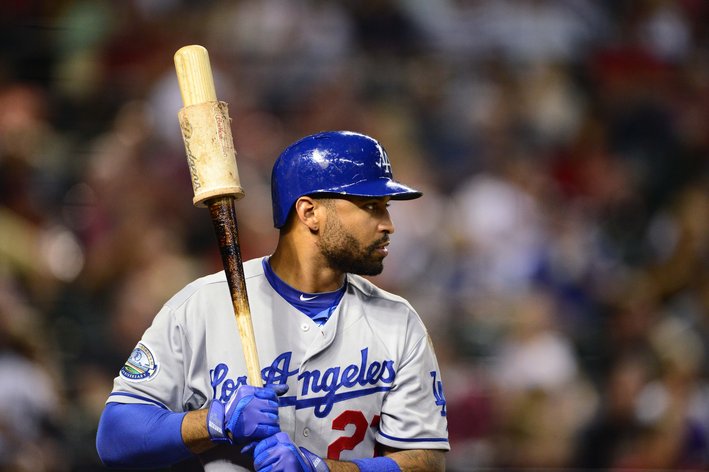 We'll know more about what the Red Sox front office thinks about the matter as the off season continues. They're going to need more from third base than they got last season though. If that's from Middlebrooks, great. If it's from Bogaerts, greater. If it's from both, greatest, or less great, or something. A modest improvement from Middlebrooks, and a good season from Bogaerts at shortstop could add three wins to Boston's ledger, roughly what they're losing in the Ellsbury-to-Bradley trade-off. A healthy Drew and a full season from Bogaerts at third could add anywhere from one-to-four wins, depending on how good you think Bogaerts can be. That could be enough to hold on to first place*.

*All other positions being equal which, of course, is ridiculous.

Ellsbury was vital to last season's team and his loss substantial, but the Red Sox can replace his value in in any number of ways, likely why they declined to match or beat the Yankees' offer. With Bradley and Bogaerts available to step into the breach and the team's strength on the farm available to add to the major league roster through trades, losing Ellsbury's production shouldn't mean a step down for the 2014 squad.