Boston has found their catcher, and on a short-term deal, too.

The Red Sox have found the catcher they need to replace Jarrod Saltalamacchia, as they have signed free agent backstop A.J. Pierzynski. CBS Sports' Jon Heyman reported the news initially, with WEEI's Alex Speier later reporting that the deal is for just one year. According to ESPN's Buster Olney, Pierzynski signed on for $8.25 million.

Pierzynski will be 37 years old in 2014, and is coming off of a three-year stretch where he produced a .279/.315/.444 line for the White Sox and Rangers. While his 2013 was a little worse than that, coming in at a 94 OPS+, it was still average production for a catcher. While he's not the prettiest backstop in terms of framing -- he tends to stab at the ball often, though, Jarrod Salatlamacchia was guilty of the same -- he historically calls a good game, and works with his pitchers well to execute the game plan. He's also familiar with Red Sox pitching coach Juan Nieves, who was the White Sox bullpen coach when Pierzynski was last there. 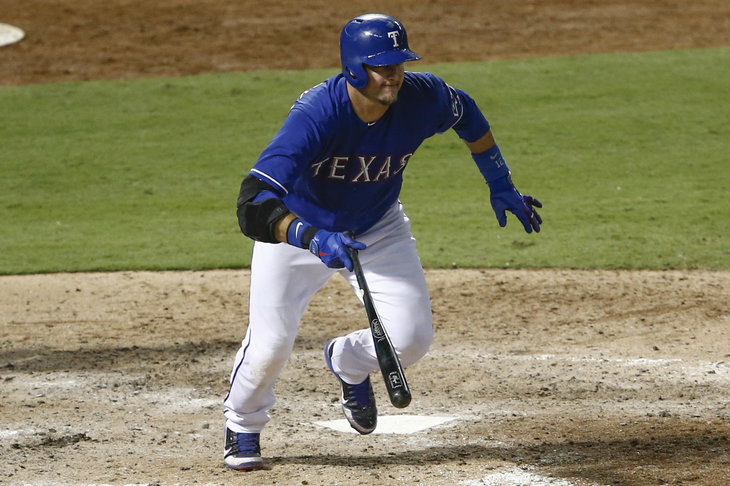 Why did the Red Sox demand and settle for a short-term solution behind the plate?

You'll likely hear a lot of complaints about Pierzynski's attitude, and how it won't fit with the Red Sox, but we should probably give Ben Cherington -- who turned the clubhouse and roster around in the space of one off-season -- the benefit of the doubt on this sort of thing. Chances are good that he's done his homework on Pierzynski, and doesn't believe he'll upset the balance they've struck in the clubhouse between work and play.

The lack of walks and patience from Pierzynski is problematic, however, especially for Boston's approach, but he also tends to have a higher batting average than Salty, and is just as likely to end up with an on-base percentage around .300 -- remember, Saltalamacchia's 2013 was great, but also inflated by a non-repeatable batting average on balls in play. The final product offensively from these two looks fairly similar, in terms of production, and one was willing to go short with their contract.

Acquiring Pierzynski on a short-term deal allows the Red Sox to continue to develop their two potentially high-quality catching prospects, Christian Vazquez and Blake Swihart, but also avoids blocking either of them in the majors. Vazquez just reached Triple-A at the end of 2013, and has taken a few months to adjust to each level as he's moved up the ladder. Swihart is further behind, but is expected to begin 2014 at Double-A Portland, where he can begin his push to become Boston's starting catcher in earnest. In addition, Pierzynski wasn't given the qualifying offer by the Rangers, so the Red Sox have managed to fill a hole on the roster without sacrificing a future draft pick or the budget attached to it.