The Red Sox have a major hole to fill at catcher this winter. Here's how the current options rank.

As the hot stove has started to heat up just a bit before the Winter Meetings get started, the Red Sox have stayed relatively quiet, remaining patient before filling the holes on their roster. Of those holes, the biggest at the moment is undeniably behind the plate. They do have to address their hole at first base, but it seems like Mike Napoli is clearly the number one priority in that regard. They could also use some depth pieces in the infield, outfield and bullpen, but those holes can be filled much more easily than the void at catcher, and will have less of an impact moving forward. The Red Sox missed out on the clear-cut best backstop available this winter, as Brian McCann signed a five-year deal to play for the Yankees. They also missed out on arguably the next best option in Carlos Ruiz, who returned to Philadelphia on a two-year deal. With those two names off the board, the pickings get much less desirable. As things look right now, there are five real options for the team going forward, and they would be best prioritized in this order.

The top option behind the plate now seems to be the incumbent, the 28-year-old Saltalamacchia. With Jacoby Ellsbury and Stephen Drew likely gone, and Mike Napoli potentially leaving as well, offense should be a major factor with who they bring in to catch this year. In 2013, Saltalamacchia had his best offensive season to date, hitting .273/.338/.466 (117 wRC+) in 470 plate appearances. Now, it would be smart to expect some regression due to his .372 batting average on balls in play, but there are reasons to believe he should still be an above-average hitter. For one, his plate discipline numbers have improved throughout his time in Boston. It's also important to consider that he put up a 96 wRC+ season in 2012 despite a .265 BABIP. If he can stabilize somewhere in the 100-105 wRC+ range, he can be a valuable player going forward. That offense is combined with something hovering around average defense -- with solid blocking and framing abilities, poor control of the opponents' running game, and by all accounts, good management of the pitching staff -- as well as possibly underrated durability. I wouldn't hesitate to bring him back on a reasonable three-year deal with some sort of option for a fourth year, and would consider just giving him four years outright.

If Saltalamacchia prices himself out of Boston's front office's price range, Hanigan would be the next best option. After Cincinatti signed Brayan Pena at the beginning of the month, Hanigan's name instantly popped up in trade rumors, as he was the man left out on a roster with three capable catchers. Never really grabbing hold of an everyday job, the 33-year-old makes his living with his glove, as he is a well-above average defensive backstop. Offensively, he does possess a great approach at the plate, walking at a well above-average rate while rarely striking out. His putrid .198/.306/.261 (53 wRC+) line from last season may be easy to scoff at, but it's largely based upon his low .216 BABIP, and came in just 260 plate appearances. It would be safer to expect him to hit closer to his career .262/.359/.343 line (90 wRC+), which could translate to a 2-win player with his defense. The offensive loss from Saltalamacchia to Hanigan would have to be made up elsewhere, but Hanigan would be cheap to acquire, and wouldn't block any impending push from the big catching prospects in the system, as he is set to enter free agency after the 2014 season. 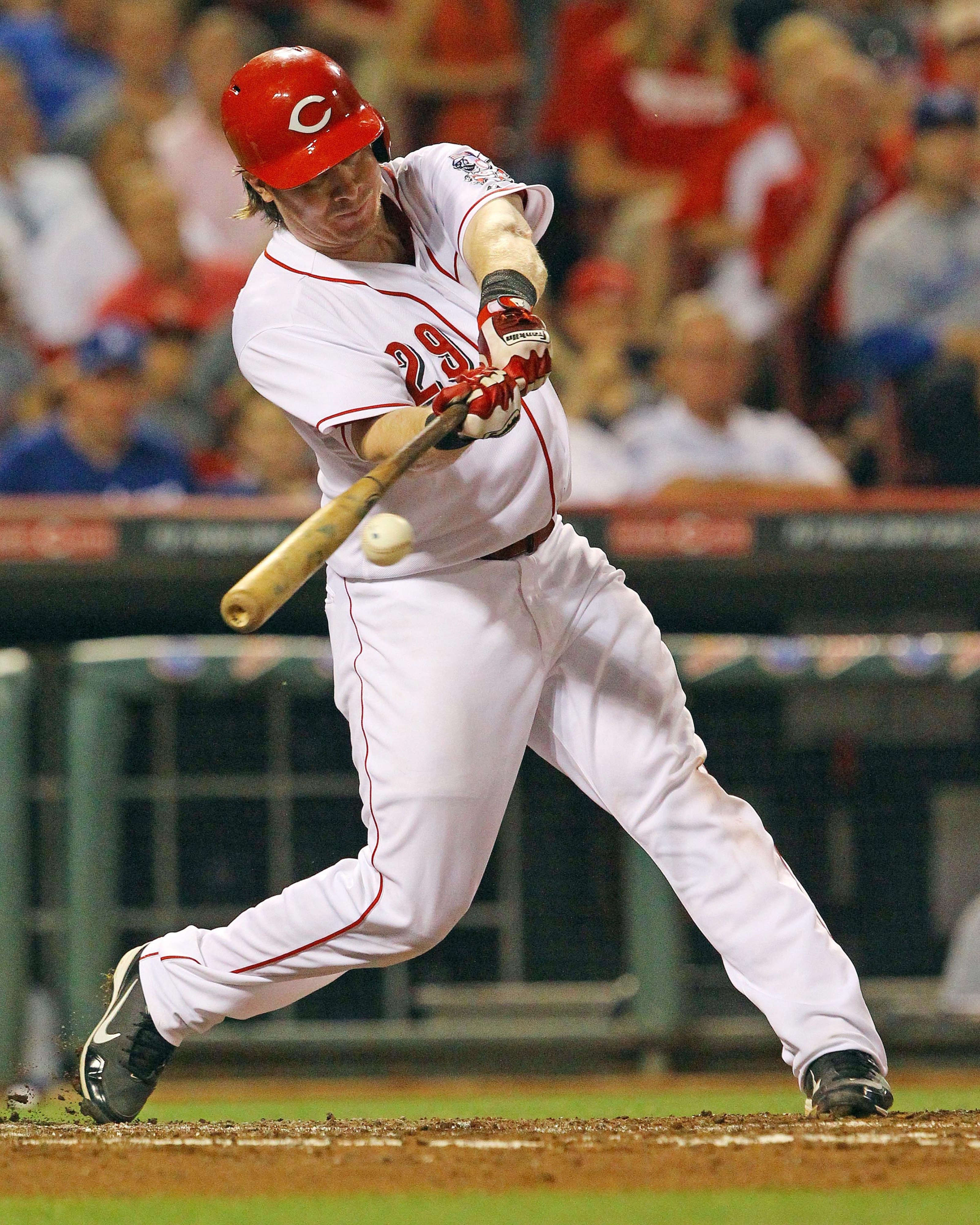 After Saltalamacchia and Hanigan, the options start to turn into very scary ones. Pierzynski would be the classic one-year stopgap veteran pickup that typically makes sense for teams with prospects who are close to being ready. Two years ago, the 37-year-old exploded at the plate, to the tune of a .278/.326/.501 line (119 wRC+). That is a complete outlier with his career line, though, as his .223 Isolated Power is 60 points higher than the second highest ISO of his career. Excluding his 2012 season, he hasn't been above-average at the plate by wRC+ since 2004. In fact, he's only had a wRC+ above 90 in three of those nine seasons. That would be fine if he could provide value elsewhere. Hanigan isn't anything to write home about offensively, either, but he's very good with the glove. Pierzynski, on the other hand, is weak defensively, too. There's also his reputation as a less-than-desirable piece in the clubhouse, though I've always felt that seemed a bit overrated with him, as he seems like someone who is hated by opponents, but not as much by teammates. There is something to be said about his durability, too. He has played in at least 128 games every season since 2002. That helps avoid rushing any prospects or playing them over their heads. Signing Pierzynski to a cheap, one-year deal wouldn't be ideal, but it could be worse.

4. Stick With the Internal Options

There is also the possibility that the Red Sox don't do anything about their vacancy behind the plate and stick with what they have. Right now, David Ross is the only person on the roster who is definitely capable of sticking on a major-league roster as a catcher. While his skillset could be used on an everyday basis -- especially in this current catching market -- he will be 37 in 2014, and has only had more than 200 plate appearances twice in his career, with both of those seasons coming more than six seasons ago. It'd be unfair to put a full-time workload on his shoulders. 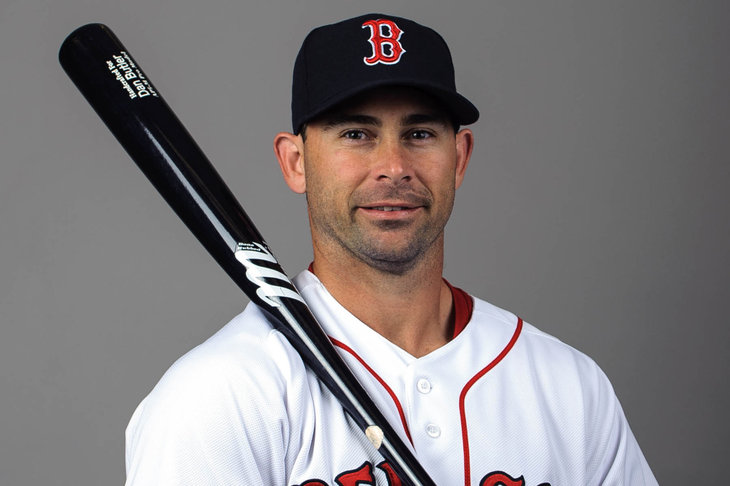 There are no ideal candidates left to be Boston's starting catcher. Dan Butler might be their way of making the best of a bad situation.

In this scenario, it would probably come down to a battle between Ryan Lavarnway and Dan Butler for the back-up role. Christian Vazquez does represent another possibility, but I would be wary about pushing any prospect, especially a catcher. Lavarnway doesn't seem to be a viable option, since he hardly played this year even in Ross' absence. Butler seems good on paper -- almost a similar player to Hanigan -- but he has no MLB experience and could easily flop. The best way to play this scenario would likely be to hope Vazquez earns himself a quick promotion over the first couple of months of the year, leaning heavily on Ross in this time. After that, Ross' workload could be lightened by either a promoted Vazquez, or an acquisition from outside the organization. This move does have the potential to work out for Boston -- and save them money in the process -- but it also represents a tremendous amount of risk.

The final option does have a considerable amount of upside, as Navarro is coming off a tremendous offensive season. In 266 plate appearances with the Cubs this year, he hit .300/.365/.492 (136 wRC+), much better than any other year in his career. This was the first time he had a triple-digit wRC+ since 2008, and only the second time in any significant sample over his entire career. In the three years leading up to 2013, his wRC+'s were 51, 65, 96. Looking at his past numbers, it would probably be safe to assume the 30-year-old is slightly below-average both offensively and defensively. There are two reasons that Pierzynski seems like a better move for the Red Sox than Navarro. First is the former's durability. Navarro hasn't proven that he can be a full-time catcher year after year, and that's not something to take for granted. On top of that, Pierzynski is a left-handed bat, which would platoon well with Ross' right-handed bat. Navarro is a switch-hitter, but shares Ross' platoon switch, which favors left-handed pitching. For teams in different situations, Navarro could be a better fit, but it just doesn't really appear to be there with the Red Sox.

The Red Sox will have their decisions to make this winter, as there is some variety behind the plate available on the market, even if it's not entirely desirable. These are only including who is readily and obviously available, too. Someone like Jason Castro would top this list, but he doesn't seem like a completely realistic trade target. Kurt Suzuki would be another option, but he is much worse than the other guys on this list. Come Opening Day 2014, I would expect one of these five scenarios to play out behind the plate, and re-signing Jarrod Saltalamacchia seems to be the best option.