Scattered to the winds, of course, but where will they all land?

Share All sharing options for: Where will the 2013 Red Sox be in 5 years?

Five years after the 2004 World Series, Pedro Martinez found himself back on the mound at Yankee Stadium in October, hurling himself toward another title with the Philadelphia Phillies. He would not get there. Five years after the 2007 World Series, the Red Sox endured their worst season in their modern history but managed to pull off a books-clearing trade that would allow them to return to respectability in 2013 if everything went right. One of their moves was to re-sign Pedro as a team advisor. They didn't just get to respectability: They got Pedro the second ring he was denied in Philly.

Five years from now, where will the World Champion 2013 Red Sox be?

Here are some projections.

Jacoby Ellsbury signed with the New York Yankees in the 2013 offseason December for 7 years, $153 million. He won the 2016 batting title in the bare minimum of at-bats. He can be found rehabbing at the Yankees' extended Spring Training complex in Tampa, Fla.

Shane Victorino retired from baseball after 2014 and returned on a one-day contract to Philadelphia, where his popularity led him to be elected as the city's mayor in 2015 only after write-in votes for "Shanf" were counted in his favor, the closest election in a major city in history.

Dustin Pedroia is still getting ready for the big-league baseball game.

David Ortiz is still batting cleaning up and straight up crushing dingers, bro, because he will do this forever and that's that.

Mike Napoli and Jonny Gomes don't have a fucking clue where they are, but they'll have another. 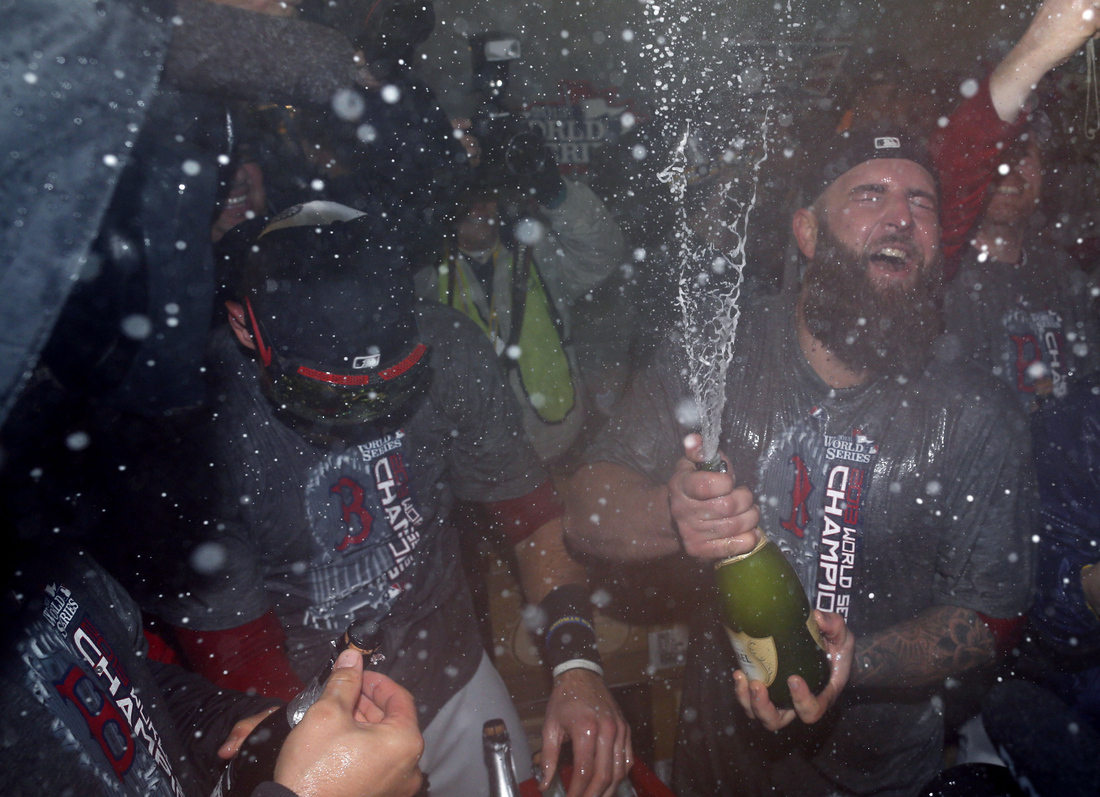 Jarrod Saltalamacchia is in Japan, shooting an ad for a local Coca-Cola brand. Does he know what product he's selling? No. Does he know where he is? No. But he's there, and he's going to give it his best shot.

Stephen Drew is still staring at himself in a watery reflection, the beauty of it too much to look away. It's been nearly five years and he hasn't stopped, but can we blame him?

Xander Bogaerts is in the hyperbaric chamber in which he stays between games, at an unknown, secure location.

Will Middlebrooks is batting cleanup in San Diego.

David Ross is still a boss.

Jon Lester is at Dana Farber talking to kids about his fight back from cancer, which is some serious business.

Clay Buchholz is coming off his fifth straight 35-start season.

Also they won the World Series.

Felix Doubront signed with the Twins for four years, $80 million the moment he hit free agency.

Jake Peavy has a six-point buck in his sights, so keep your fucking voice down.

Ryan Dempster and Alex Rodriguez are making a killing signing autographs on the Canadian sports-card circuit.

Craig Breslow is Secretary of Agriculture.

Junichi Tazawa is stuck at the bottom of a well in Tokyo.

Franklin Morales is the Chief of Staff.