Will Middlebrooks and plate discipline

Will Middlebrooks' faults are easily noticeable and have led to a lot of criticism for the young third baseman. Even without an ideal approach, his other attributes could make him a valuable player.

Share All sharing options for: Will Middlebrooks and plate discipline

Something you notice after watching sports for a long time is how quickly perceptions about players and teams change. On a year-to-year basis, sometimes even a month-to-month basis, praise can turn to criticism and excitement can turn to dread. One of the best examples of this is with Will Middlebrooks. Prior to the 2012 season, the young third baseman was the best prospect in Boston's farm system, and set the league on fire after eventually making it to the major-league club. Fast-forward to the present day, and the fan base is split on whether or not he will even make it as a big-league regular.

As his critics say, his holes have been exposed and he just doesn't have the plate discipline to succeed at this level. As good of a bat as he has, there are those who believe he will never make it without overhauling his approach at the plate. Of course, getting on base is the name of the game offensively, and the best hitters will always avoid making outs. However, it's not everything, and it's possible to be a successful regular in this league without it. Middlebrooks does need to improve his plate discipline a bit, but he can still be a part of the future even without a complete overhaul in this regard.

Even when the now-25-year-old was just a prospect, he was never the poster child for high walk rates. Throughout his minor-league career, he walked at a below league-average rate, while racking up a lot of strikeouts. Still, he was well-regarded, and that was for reasons that still exist. Middlebrooks has undeniable power, something that is becoming more and more scarce in this era of baseball. In 2012, he hit 24 home runs in 386 plate appearances across AAA and MLB, with 15 of those bombs coming in a Boston uniform. That season, he accumulated 286 of those plate appearances in the majors, and put up a 122 wRC+ despite a walk-rate of just 4.5 percent.

Chris Crawford writes up the top-14 Sox prospects and more in his look at the healthy system.

This past season, there were clearly some issues for Middlebrooks. Baseball is a game of adjustments, and the rest of the league had a whole offseason to figure out how to deal with Boston's young third baseman. He played in Boston for most of the first two months of the year before being sent down to Pawtucket after hitting just .201/.234/.408 with a 54/7 K/BB ratio in 185 plate appearances (29 percent K-rate, 3.7 percent BB-rate). It seemed pretty clear that the league had figured something out about him, and Middlebrooks had some adjustments of his own to make. After a brief recall in June, he was back up for good in August, and hit a much more respectable .276/.329/.476 with a 38/11 K/BB ratio in 158 plate appearances (24 percent K-rate, 6.9 percent BB-rate). This came after a putting up an 8 percent walk-rate during his time in Pawtucket. That kind of adjustment is important for a young player, and if he can stabilize somewhere close to the type of plate discipline he showed in the final two months of the year, he can be an important player for this team going forward.

Recently, the Diamondbacks acquired a similar player to Middlebrooks in Mark Trumbo, another big right handed hitter with a ton of power who strikes out a lot. Because of his highly noticeable flaws, he catches so much criticism that he has almost become underrated. Trumbo is a career 111 wRC+ hitter who has 95 home runs in 1853 career plate appearances, or an average of about 31 dingers per 600 trips to the plate. I bring this up because there have been some comparisons between the two players that have been presented in a way that seems negative for Middlebrooks. It may not be superstar caliber, but with his glove at third base, a batting profile like that of Trumbo would be great for the Red Sox moving forward. 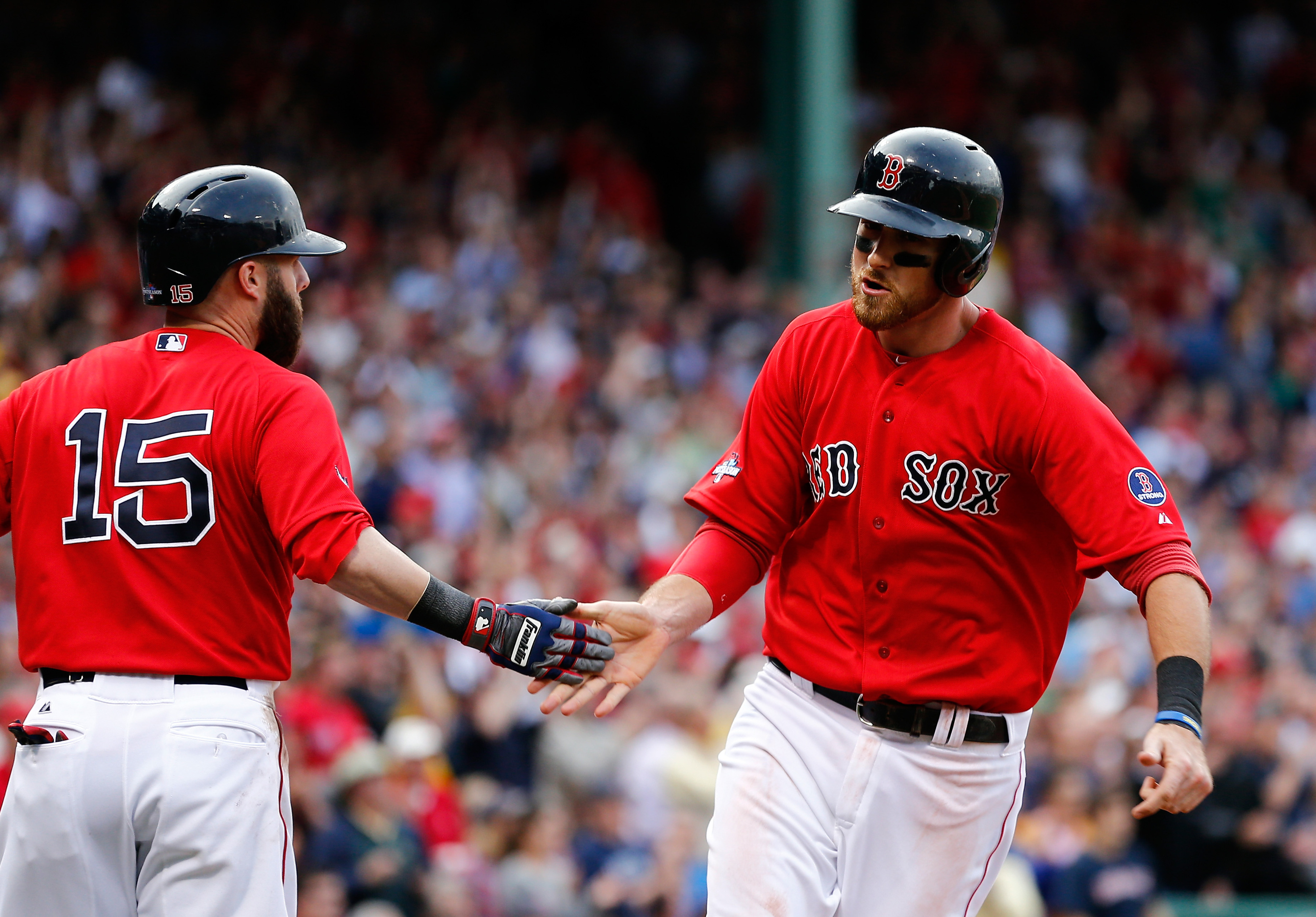 A big part of the reason that Middlebrooks' raw power can make up for his plate discipline is Boston's lineup in the coming years. Looking around the diamond, they seem to be full of on base machines. With guys like Dustin Pedroia, David Ortiz and Daniel Nava right now, Xander Bogaerts and Jackie Bradley being added into the mix and Garin Cecchini and Mookie Betts on the way, there are a lot of guys who will draw walks and avoid making outs. Beyond Ortiz, though, there isn't a lot of power in that group. It's great to have a lineup full of players who will get on base, but when you have a system overflowing with those types of players, a lineup spot can be taken by a guy who may strike out a lot, and may not draw a ton of walks, as long as he has some pop. Having someone like Middlebrooks who can drive in all of the on base guys with one swing of the bat is a valuable asset.

It's clear that Will Middlebrooks has to improve upon his 2013 campaign. He seemed to be on his way to making counter-adjustments, and needs to continue doing so into 2014. Given his plate approach, he will likely never be a star in this league. That, however, doesn't mean he can't be a valuable player for this team going forward. With even a slight improvement in his plate discipline, he should become a useful part of the future of Boston's lineup.