The Red Sox roster is almost full, though they need one infielder who can play on the left side. There are options in free agency, though some are more attractive than others.

The Red Sox haven't been very active at all during this week's Winter Meetings, which makes some sense since they already have something resembling a possible Opening Day roster. While they could possibly get another outfielder, the remaining free agents outside of the expensive Shin-Soo Choo are pretty bleak, and the guys on the trade market have their question marks. It's entirely possible they go into the season with the outfield currently under contract. The one area where they will absolutely make a move is in the infield. They have a couple different roads they can go down here, whether it be signing an everyday player if they are too nervous about giving so much playing time to Will Middlebrooks and Xander Bogaerts, or a utility guy who if they feel comfortable with two question marks (albeit for different reasons) on the left side of the infield. The only requirement would seem to be the ability to play shortstop, as Brock Holt! is the only real option currently on the roster in this regard. There are options for both of those roles available in free agency.

A return from Stephen Drew is really the only everyday option that remains in free agency for the Red Sox. Omar Infante is an everyday infielder, but he hasn't played much on the left side of the infield in recent years, and will likely be given a pretty sizable deal to play second base somewhere, possibly New York. Luckily for Boston, Drew's market has reportedly taken a major hit with the draft pick compensation being attached to him. If his market completely dries up, the Red Sox may luck out and be able to get him back on a cheap one or two year deal. In this scenario, Will Middlebrooks could become a trade chip, but selling low on the young third baseman wouldn't be absolutely necessary. Drew struggled against lefties all year last year - .196/.246/.340 (.268 BABIP) against southpaws - and could be used in a platoon with Middlebrooks. Bogaerts would play short, with Middlebrooks at third against left-handed starters, and Drew would play short with Bogaerts at third against right-handed pitching. It's tough to call Drew's market completely dead at this point, though, since he is represented by Scott Boras. If anyone is going to find him a deal worth taking, it's going to be Boras. In the case that he doesn't, though, the Red Sox could have a bargain that would fill their biggest need.

According to Sean McAdam, Barmes is one of three infielders who the Red Sox have looked at this winter. He would fall squarely under the utility option, but his glove could make him a very valuable one. While his offense has been atrocious the past two seasons - 62 wRC+ and 52 wRC+ in 2012 and 2013, respectively - he is fantastic defensively. If there are still question marks about Bogaerts' glove at shortstop, Barmes would be a great veteran to not only mentor Boston's top prospect, but also to come in late in games as a defensive replacement. His plate discipline plummeted in his past two years in Pittsburgh, but joining this team could help him change his approach, making him at least passable on offense for a glove-first backup. He wouldn't be the ideal signing, but he's likely the top free agent option in the non-Stephen Drew division. 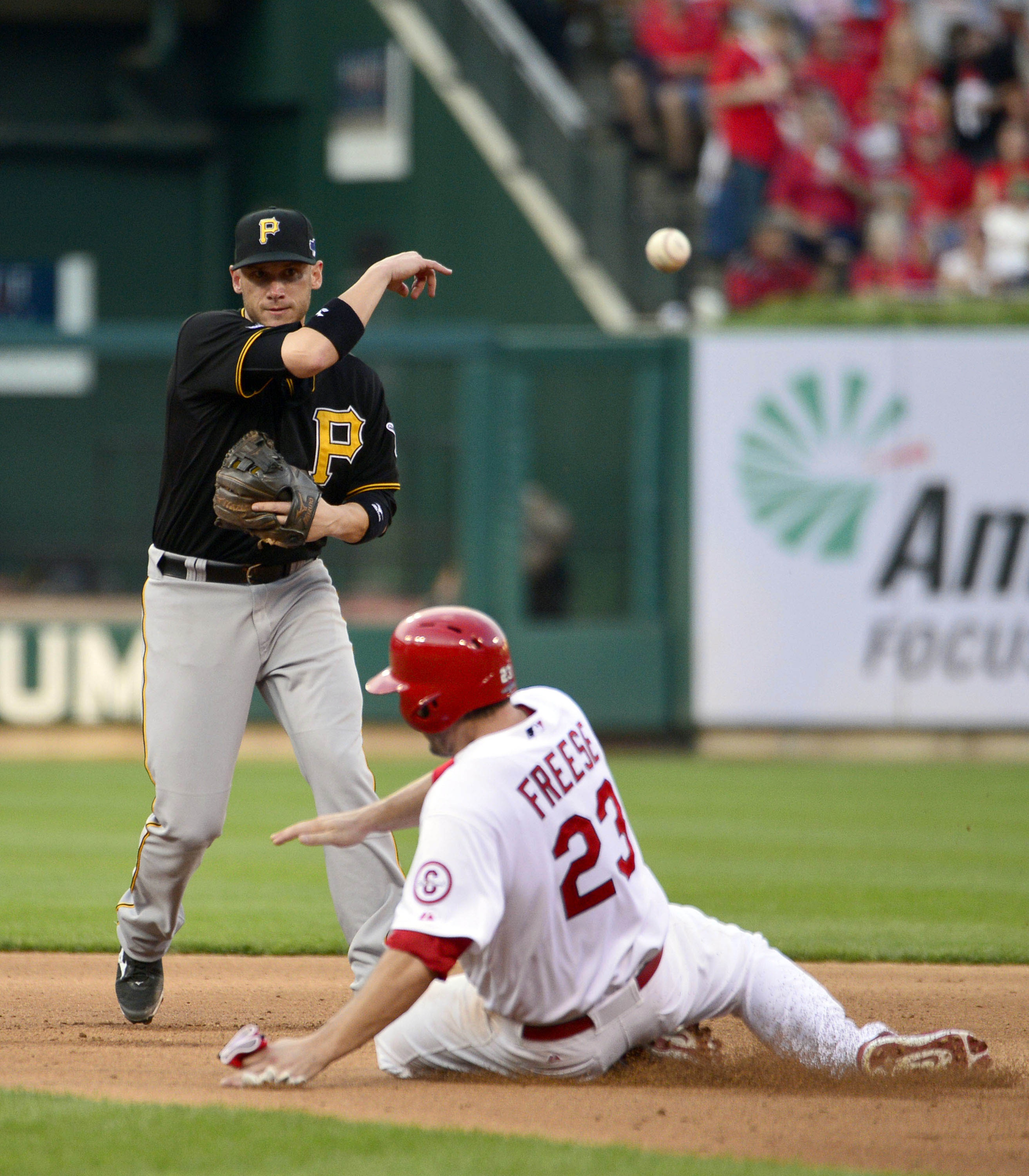 Turner would be the opposite of Barmes, as his defense isn't great, but his bat has some potential. The 29-year-old has produced at a league-average level at the plate in each of the past three years for the Mets while playing all around the diamond. This past year, he spent most of his time on the left side of the infield, with 127-1/3 inning logged at third base and 115-1/3 at shortstop. Turner won't wow anyone with his glove, but he probably won't be a black hole out there either, and given his bat, that could be good enough for a bench infielder. The biggest issue with Turner would be that he bats right-handed, as do Bogaerts and Middlebrooks. If the Red Sox were to go with a backup infielder with a better bat than glove, they would prefer to find one who bats left-handed, though that's a lot easier said than done in this market. Turner could work as a cheap bench player on a one-year deal.

These two guys are grouped together for a few reasons. Both are former Red Sox (with McDonald only playing here for a brief time last year), both are right on the verge of the end of their career, and both are entirely glove-first players. Both McDonald and Gonzalez could very well be playing in their final season in 2014, and would be nothing more than a bench player. While Turner and Barmes could hold down the fort during an injury to either Bogaerts or Middlebrooks, the Red Sox would likely look for extra help before starting either of these players. With that being said, both still possess good gloves and solid veteran presences, though would likely only be options if the rest of the infield market completely dried up and they were the only options left.

Looking at the list of free agent infielders who can play shortstop is quite depressing beyond Stephen Drew. There are other options than the ones listed here, though they all fall in similar categories as Barmes, Turner or McDonald/Gonzalez. It's too bad for Boston that Nick Punto was taken off the market by Oakland so quickly, as he would have likely been a perfect fit for the Red Sox roster. If a team decides to step up and give Drew the multi-year deal he is looking for, it would probably make more sense for Ben Cherington to go after a glove-first player like Barmes rather than a bat-first player like Turner, as Bogaerts may need a defensive replacement available for close games, at least to start the year. The real takeaway from looking at this free agency list, though, is that bringing back Stephen Drew on a cheap deal should be plan A, while looking to the trade market should be plan B.