There are many reasons the Red Sox came away from the 2013 season in possession of a championship trophy. Strong pitching. Relentless offense. Jersey-befouling defense. Facial hair worthy of the 20th Maine. Above all, though, the biggest strength of the Red Sox through the regular season, and incredibly important in the postseason, was depth. No matter the position, they had someone who could slot in easily and provide solid production.

As things currently stand, Boston stands a chance of losing that depth in a few key areas in 2014. At catcher, they may lose starter Jarrod Saltalamacchia, although All-Star Brian McCann is available and affordable on the Sox' budget. At first, Mike Napoli is a free agent, although it seems clear to everyone that he'll re-sign. One does not walk Boylston Street half-nude unless you consider this your town. And with Mike Carp and Daniel Nava still under team control, Boston could make do at first for a while. The likely loss of Stephen Drew, while unfortunate, just brings the Xander Era that much closer to truly dawning. It's the outfield where problems might arise. Nava's still signed, as is Jonny Gomes. Shane Victorino's here for two more years, although given the beating he took this year, a backup plan seems wise. Jackie Bradley Jr. is great, but a defending champ might want a little more experience out in the triangle.

Assuming, as seems likely, that some other team drives a dump truck full of money up to Jacoby Ellsbury's front door, the Sox could use a bit of extra pop in their outfield until Bradley's truly ready to take over and Bryce Brentz has learned to harness his swing and safety his guns. And they should look to their recently vanquished foes, claiming Carlos Beltran as another prize, preferably for something in the range of two years and $26 million.

We'll get the negatives out of the way. Beltran's range in the field has diminished significantly. His knees are not what they once were. He's no longer a terror on the basepaths. He'll be turning 37 in April. He's not the superstar he once was, and certainly can't be expected to be a franchise cornerstone. The good news is that the Red Sox don't need one. They just need another good player, and Beltran is absolutely that.

With free agents, we often default to judging a guy based on what he was, and how he compares to that younger, faster, stronger player. And while that should come into account when deciding on contract length, it doesn't much matter for the player you're looking at now. So try to ignore the Carlos Beltran who once struck fear into opposing teams in the AL Central, and look at the last few years. Since missing time in 2009-10 due to microfracture surgery on his knee, Beltran has played over 140 games a season. His OPS+ dropped from a career high 154 in 2011 to 128 over the last two years, which is still quite good, right in line with Mike Napoli and Daniel Nava in 2013. He saw a slight dip in power this season, but that could easily be solved by a move to Fenway. 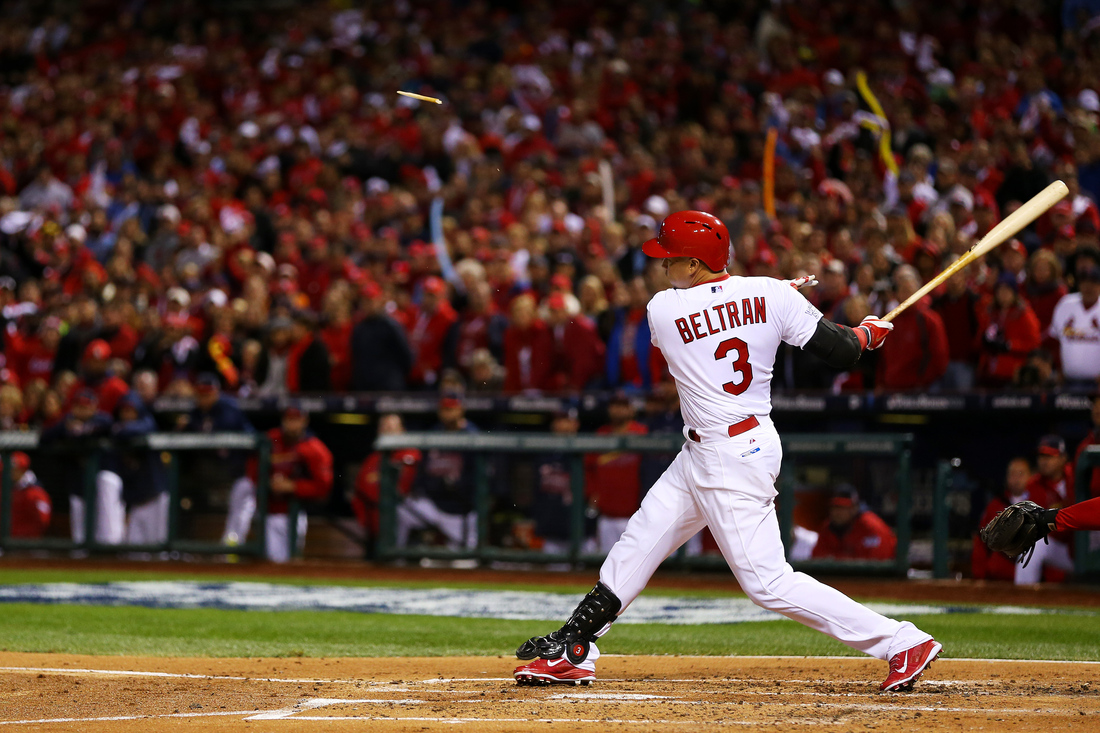 Beltran's a switch-hitter who's been slightly better against lefties for most of his career, a useful trait for the Red Sox. His pull power against lefties will translate well to the short porch, and his presence in the middle of the lineup as a true switch-hitter (sorry, Shanf and Salty) would complicate opposing managers' efforts to bring in situational relievers. He'd most likely be played in right, which would certainly test his range, although his instincts in the field would allow him to compensate pretty well. Besides, with Victorino in center, Beltran would be able to shade a bit toward the line, conceding part of right-center. A Beltran-Victorino-Nava outfield would actually be pretty solid defensively, if not the running highlight reel the Ellsbury-Victorino show provided.

More importantly in the long term, this move would take the pressure off Jackie Bradley. Bradley will be a starting center fielder, his baseball instincts and defensive skill will carry him into the majors regardless of his hitting. But let him get there when he's ready. His torrid spring training forced the Sox into a not-great spot starting him too early, and his hitting regressed badly. A Beltran signing, filling out the outfield, lets the progression occur more naturally. 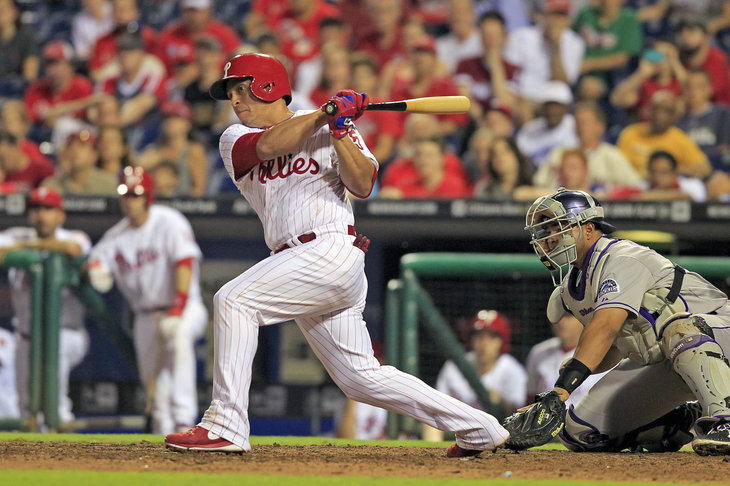 Catchers besides Salty and McCann exist, and the Red Sox are checking in on one of them.

I'll admit to a pair of other reasons I like the idea of bringing Beltran back to the American League. One is just goofy; I like the idea of signing a guy with a higher postseason OPS than David Ortiz. For one thing, there aren't that many of them; for another, I can see it turning into a fun contest between the two should the Sox make it to October to defend their title. The other is more ruthless. By shoring up the current big-league outfield and offense, it makes high-minors outfield and pitching prospects a little less crucial, and frees them up for a big trade splash. (Beltran alone won't do this, I know, but he'll help.) And yes, by big trade splash, I mean this dude.

The great thing about the Red Sox right now, beyond the obvious afterglow of a World Series win, is that they honestly don't need to do that much to stay in contention. Their current core is solid, the minors are brimming with high-upside talent. All they need is a few tweaks and dependable veterans to keep things chugging along while the farm matures. That's what they did last year with Drew, Napoli, David Ross and Victorino. As strange as it is to think of Carlos Beltran, borderline Hall of Famer, fitting in with that group, he does at this stage. He's certainly not a stopgap, he's still too good a player to think of that way. But he's a hell of a pillar as Boston builds a bridge to the Xander Dynasty.