The Red Sox' biggest question: Who is Will Middlebrooks?

Share All sharing options for: The Red Sox' biggest question: Who is Will Middlebrooks?

Who is Will Middlebrooks?

Red Sox fans thought they knew after 2012. He was a big-power third baseman with a solid glove, and if the plate discipline was imperfect, he showed signs of adjusting whenever pitchers found a new weakness. A wrist injury may have ended his season early, but the future was still bright for young Middlebrooks.

That player was nowhere to be found when 2013 started. After a three-homer performance in Toronto, Middlebrooks almost completely disappeared. By the end of June he was back in the minors with his OPS barely above .600. The ability to adapt had vanished, leaving behind only a player who couldn't keep from swinging at awful pitches over and over and over again.

His return would come midway through August, and it looked like the Red Sox had the Middlebrooks of 2012 back. Over 26 games, Middlebrooks hit .368/.434/.621. His power was back, with six homers in just under 100 plate appearances, and he was actually walking at an impressive clip as well.

Unfortunately, the perception that Middlebrooks finished the season on a tear is, simply put, false. It was overshadowed by the Red Sox coasting to a top-place finish in the A.L. East, but Middlebrooks vanished in the blink of an eye. Over his last 15 games, Middlebrooks struck out 18 times, walked once, and hit all of .138/.153/.259. He was worse than ever. And, unfortunately, that carried over into the postseason, earning him a spot on the bench in favor of Stephen Drew even with Drew failing every bit as spectacularly at the plate. The big difference between the two was that, while Drew was flashing some impressive leather at short, Middlebrooks was doing nothing of the sort at third.

And, unfortunately, that's where the story ends for now. It's all the Red Sox have to go on headed into the offseason. And that's a problem, because what to do with the left side of the infield is one of the more confusing situations faced by the Red Sox this offseason, and it all centers around Will Middlebrooks. 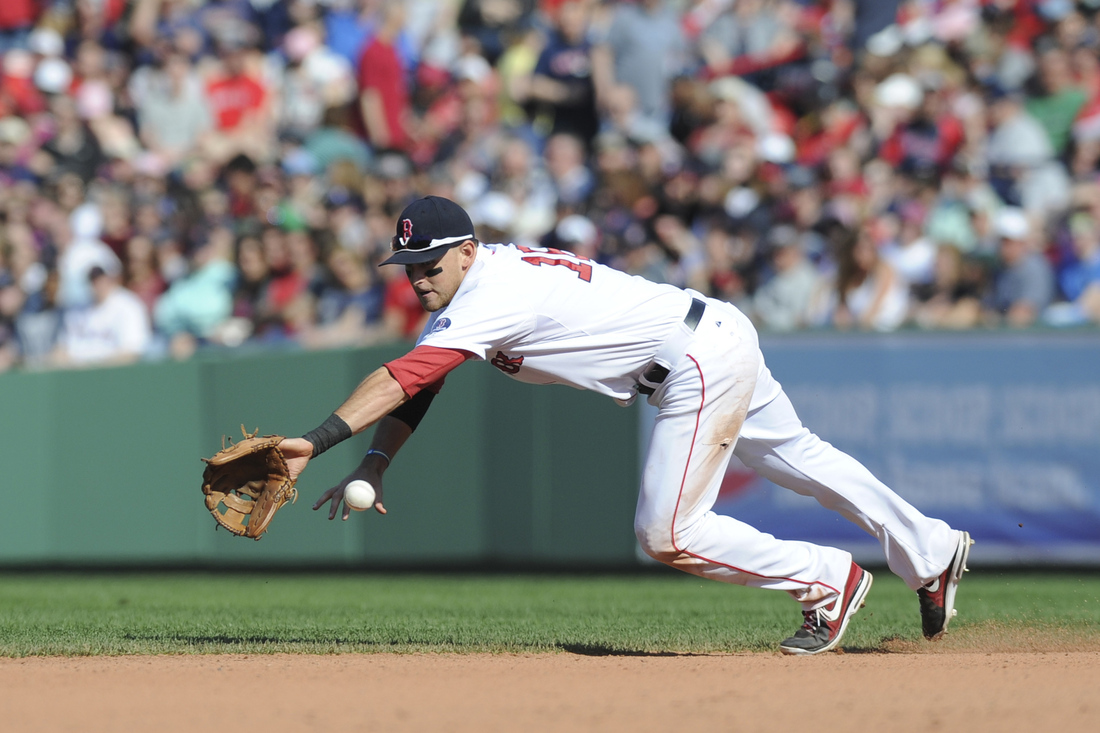 What do we know? We know that Xander Bogaerts is going to play a lot for the 2014 Red Sox. We've been waiting on him for years, and after starting down the stretch in the playoffs, there's little chance that he doesn't break camp with the big league team. But who will join him?

If the Red Sox don't want to just give up on Middlebrooks--and there's a lot to like there when you consider how high his peaks are--then the problem lies in finding enough at bats for him to prove himself without putting all their third base eggs in one questionable basket. Garin Cecchini being at Triple-A provides some defense against that, but really relying on a player who has yet to have an at bat in Pawtucket to be the first line of defense isn't that comforting, no matter how much you might like him.

Bringing back Stephen Drew would certainly provide the necessary protection. There are plenty of reasons for the Red Sox to want him back, too. For one thing, he keeps Xander from having to play much shortstop which, while within his skillset, is probably not the ideal place for him defensively. Then there's the .876 OPS Drew managed against right-handed pitchers last year.

The problem there lies in getting everyone the right number of at bats. It's no easy feat to make a rotation work with , three players for two positions. Drew does provide the difficult-to-find long half of the platoon split, with Bogaerts and Middlebrooks both hitting from the right side of the plate. The problem there lies in whether or not that will provide Middlebrooks with enough opportunity to convince the team that he's more than he showed in 2013. It also likely leaves the Red Sox with Drew for a couple more years to come which, if Middlebrooks does come around, could prove problematic.

Then there's the fact that John Farrell showed towards the end of the season that he's not one to remove a starter like Drew against lefties, even when Xander Bogaerts is sitting on the bench. Perhaps that's a problem that would go away with Bogaerts no longer a kid getting his cup-of-coffee callup, but the man who started the last games of the World Series run at shortstop, but if we're being realistic here there is at the very least reason to believe this shortstop "platoon" would never really come off as planned. 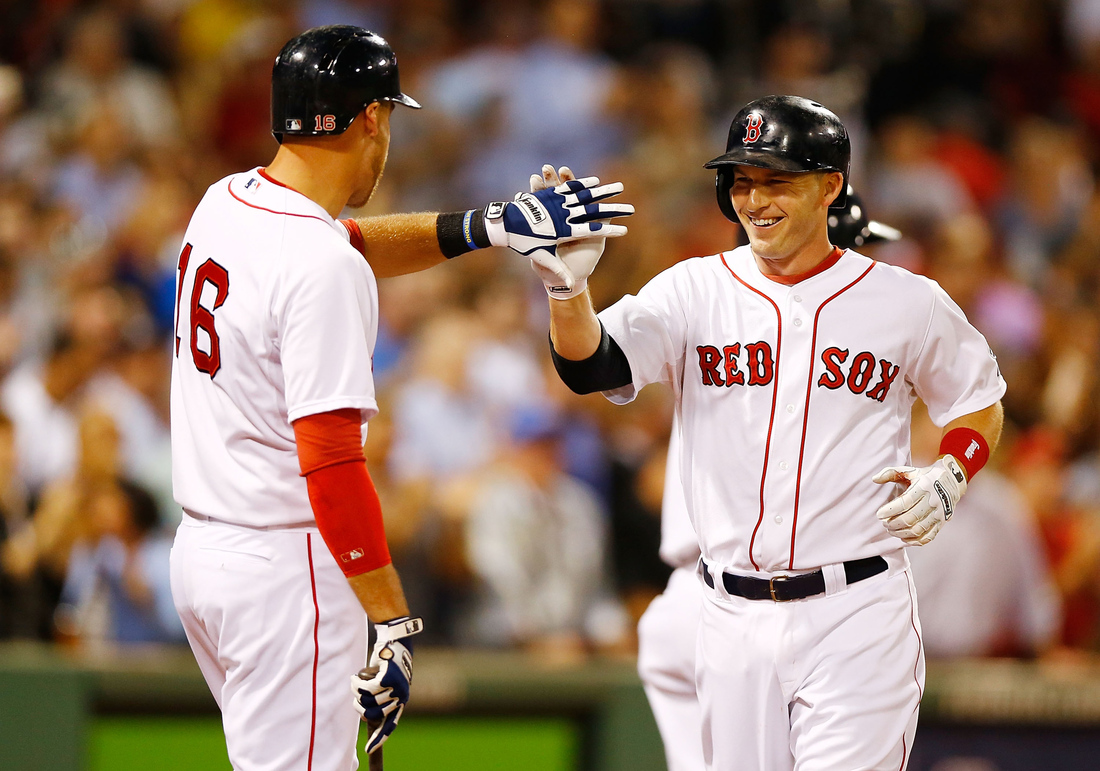 If Drew doesn't work, Jhonny Peralta seems unlikely to for many of the same reasons. He's the other starter-quality shortstop on the market this offseason, but comes with a full-helping of Biogenesis baggage. Unfortunately, even if that drives his price tag down to the point where he's a good enough value in terms of years and dollars to overlook the steroid hoopla, Boston would represent the worst possible situation for him, where any slip could find him out of a starting job. Not the scenario you envision for a "pillow" contract, to go back to that term we so wore out last year.

After that, well, it gets a little ugly. The aging Juan Uribe probably can't be depended on as much of a backup for shortstop any more--that goes triple for Rafael Furcal--and would be a third righty in the mix besides. Generally speaking, anyone who can cover shortstop and actually has a bat to start can find a better job than playing safety net for the Red Sox. In the end, if it's not Drew or Peralta, it's likely going to be a John McDonald type who can provide some good defense while hitting like a pitcher and hopefully never seeing significant time as a starter. 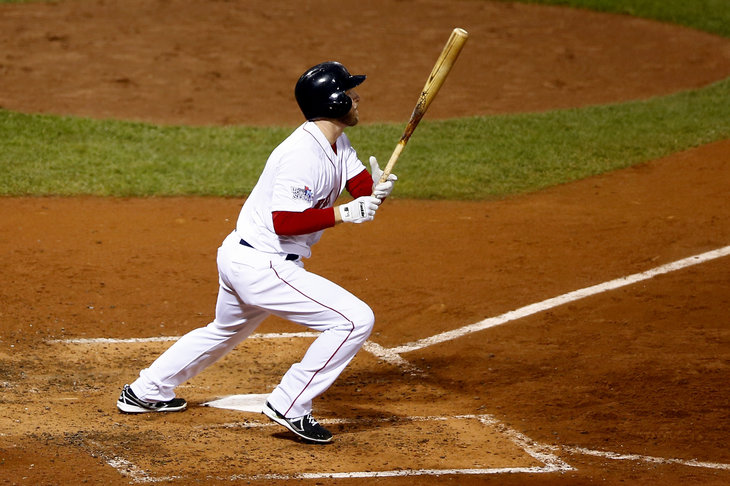 Which begs the question: can the Red Sox afford to risk Will Middlebrooks? Well, the signs, at least, point to yes, since they got by just fine with him providing all of 0.3 fWAR and a -0.1 rWAR in 2013. Not every position on the team needs to be perfectly optimized, and if it's clearly not working out halfway through the year, the Sox could hit the trade market and find what they need there. There's a lot more interesting crop of 3B and SS headed to free agency in 2015, for what it's worth, including Chase Headley, whose Padres finished 2013 10 games under .500.

In an ideal world, the Red Sox would probably make something work with Drew (or Peralta, if you're really fixated on getting the draft pick back from Drew). They do have quite a bit of money to play with both this year and, frankly, for the foreseeable future, and if having Will Middlebrooks as a super-backup seems like something of a luxury, it's one the team can likely afford without any real trouble. But assembling a baseball team involves more than simply acquiring the best names. In a situation like this there's probably just too much ego and too many different motivations with too few plate appearances to go around. That's not a criticism of any of the players involved--the math would likely be the same with any combination lacking a clear bench player.

In this real, less-than-ideal world, it seems likely that the Red Sox are going to have to make a decision to either trust Will Middlebrooks, or to send him away. And given the way this team tends to work when it's not making crazy trades for relievers, I think it's very likely we see him starting at third base come April. Maybe that pays off with four years of a team-controlled third baseman with a big bat. Maybe it frustrates us to no end right up until a replacement from within or without sets us free in July. One way or another, though, the Red Sox will finally know who Will Middlebrooks really is.