It's a strange word to use, but those hoping McCann will find his way to Boston will take it.

Brian McCann is "fascinated" by the possibility of joining the Boston Red Sox according to Scott Lauber of the Boston Herald, quoting the catcher's agent.

...his agent told the Herald that the 29-year-old is "fascinated" by the opportunity to play for the Red Sox.

"Certainly Boston is a city that Brian likes, and he has always respected the organization and the front office," said B.B. Abbott, managing partner at Jet Sports Management. "Obviously, the coaching staff and clubhouse unity is attractive. He has also always been fascinated with the fan base, their support of the Red Sox and the history of the organization. Boston would certainly be a place that would be a consideration for Brian."

It's seeming more likely by the minute that McCann is Boston's ultimate target behind the plate this offseason. Jarrod Saltalamacchia hasn't heard a whisper from the team. Of course, it's possible that the Red Sox have their sights set on another free agent backstop such as Carlos Ruiz or even Geovany Soto, but McCann would represent the bigger splash for a team that's got to have their sights set on a World Series defense and has the payroll flexibility to make such a move. 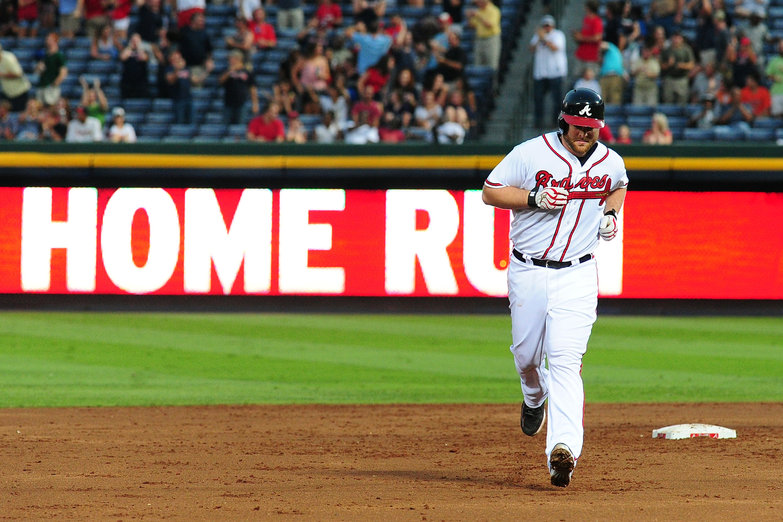 And, really, this isn't a massive deal we're talking about. At least not if recent rumors are to be believed. In a world where top free agents are being locked up for 10 years for $200 million or more and the best players don't even make it to the market, McCann seems to represent a difficult-to-find middle ground. It would be a slightly more aggressive purchase than the ones we saw over the 2012-2013 offseason, but that's only to be expected now that the Red Sox have proven themselves worth investing some level of risk in for 2014.

Then again, maybe we're just reading too much into agent talk.