The Red Sox are going to need a catcher, and McCann could be that guy.

With the qualifying offer deadline behind us, we now know exactly who will and won't cost the Red Sox draft pick compensation among this winter's free agent class. One player who will cost a draft pick is catcher and former Braves slugger Brian McCann, but, if Jon Heyman and the experts he spoke to are any indication, he could come at a price that will make sacrificing a pick worth it. 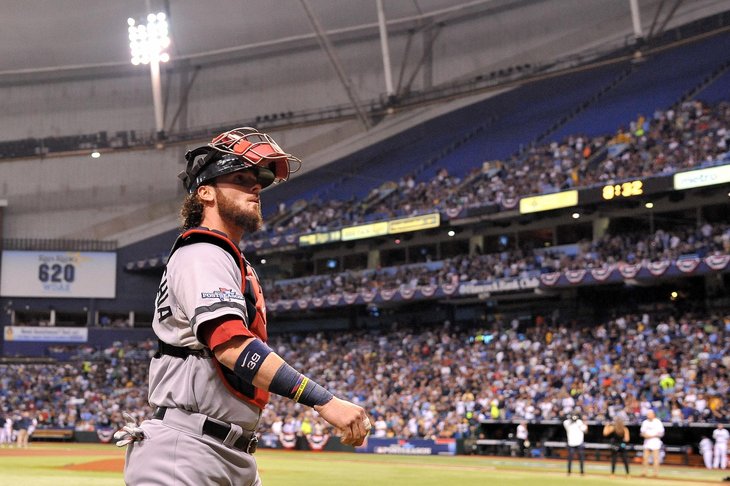 Heyman predicts McCann to sign for five years at $80 million, a $16 million average annual value, while his mystery agent and general manager project McCann for 5/$75 million and 5/$80 million, respectively. That's not overly much for the backstop, considering he made $12 million in the final year of his contract, will have ages 30 through 35 covered by the contract, and has posted OPS+ of 124, 122, and 115 in his last three healthy seasons, specifically 2010, 2011, and 2013.

The 2012 campaign was more of a problem, as McCann's shoulder was an issue that required surgery. He bounced back well, though, hitting 20 homers in 102 games, while batting .256/.336/.461. That's similar to the line Red Sox backstop Jarrod Saltalamacchia put up in 2013, but McCann pulled it off with a .261 batting average on balls in play, more than 100 points below Salty's unreasonable BABIP. He also owns the longer history of legitimate mashing behind the plate.

Considering the Red Sox didn't submit the qualifying offer to Saltalamacchia, they are very likely in on McCann. While the Red Sox don't need a catcher for five years with Christian Vazquez and Blake Swihart in the system, they could always shift McCann to designated hitter later in his career. While his bat might slow down as he ages, the average American League DH hit just .245/.324/.402 in 2013, and that's with David Ortiz's .309/.395/.564 included. We're a bit spoiled around these parts -- McCann would fit in nicely in a post-Ortiz world.