It was just six nights ago when Red Sox players stormed Fenway in celebration of winning a most improbable championship, the culmination of one of the most memorable seasons in franchise history. Despite the fact that less than a week has passed, Ben Cherington and the rest of the front office are already back to work, planning out how they will attack the winter to best set up the roster for 2014.

Read More: The 2013 Season: Giving Thanks

Their first order of business came yesterday, with the deadline for the team to decide to whom they will extend qualifying offers. In the end, Boston decided to give the offers to Jacoby Ellsbury, Stephen Drew and Mike Napoli, all of which were pretty obvious choices. It would be pretty surprising to me if any of the three accepted the offer, meaning the Red Sox stand to receive draft pick compensation if any of them decide to sign elsewhere. However, missing from that group is free agent catcher Jarrod Saltalamacchia, who surprisingly did not receive such an offer, and will enter the market without the baggage of costing a team one of their draft picks. Cherington has proved himself to be a tremendous general manager, and he surely has his reasons from not extending the qualifying offer to Saltalamacchia. That reason escapes me, though, as it seems to me like it was a no-lose opportunity for the Red Sox.

Saltalamacchia, of course, was actually benched to end the season, after a very rough start to the World Series, and a tough postseason run overall. Those struggles have clouded the memories of some, apparently, since it seems many have forgotten how good Boston's everyday catcher was this year. In 470 plate appearances, he hit .273/.338/.466, good enough for a career-best 118 OPS+. Now, most people will point to his .372 batting average on balls in play as the major reason for this success, and they'd be sort of right. That number will almost certainly come down next year, and his batting line will come down with it. Still, though, he has a lot of breathing room to be considered a better-than-average offensive catcher. It's also encouraging to see that he has increased his walk-rate and decreased both his K-rate and his O-Swing% (percentage of pitches out of the zone at which he swung) in each of his three years in Boston. On top of that, Saltalamacchia has been the personification of everyday catcher, playing in 71 percent of the team's games over the last three years, and 75 percent of their games in the last two. While fatigue had been a worry earlier in his career, he hit .284/.333/.485 in the second-half of 2013, including a .314/.357/.588 line in September. 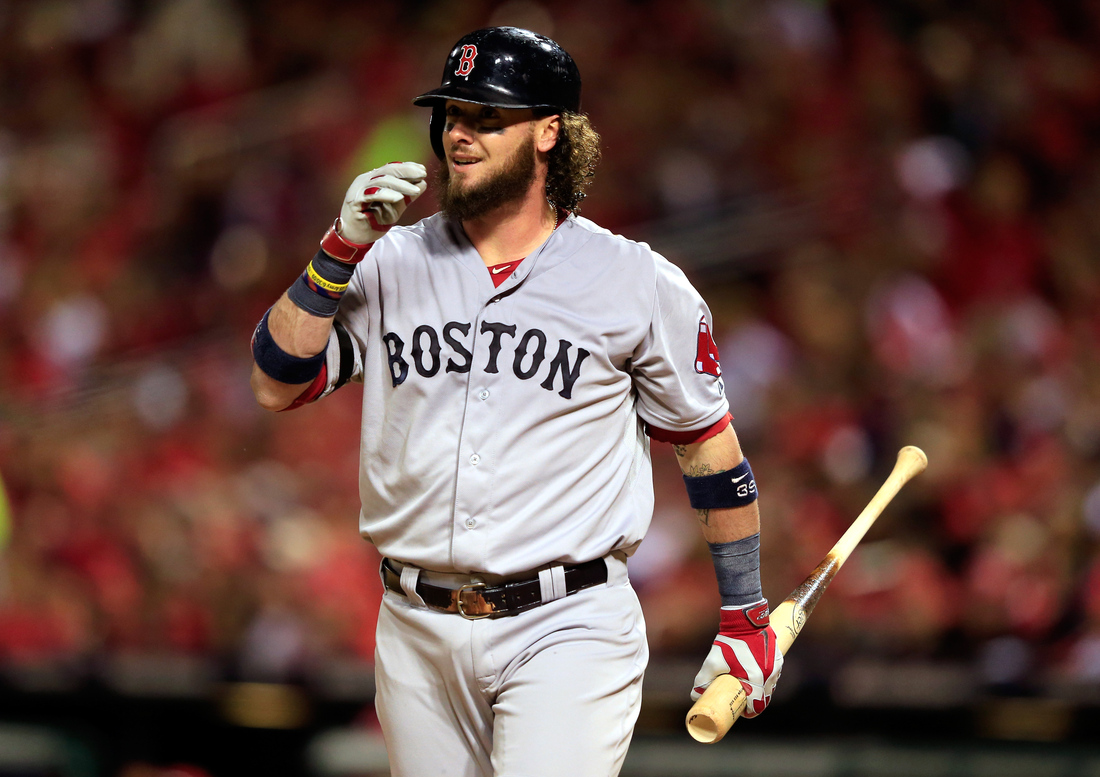 When you consider the type of offensive season he was coming off of, and the fact that he is at least around an average defensive catcher, the big 28-year-old (2014 will be his age-29 season) is very likely to command a multi-year deal this offseason. The average annual value of any deal would more than likely be less than what Saltalamacchia would make with the $14.1 million qualifying offer, but the extra years would likely entice him to decline the offer. He would still likely get a nice three-year deal -- even with the draft pick compensation attached to him -- since the catching position is so weak right now, and the alternate options this offseason are Brian McCann and a bunch of decent veterans. Saltalamacchia would be a perfect pick up for a lower-tiered team in need of a catcher, since any team with a top-10 pick would only need to give up their second-round pick if they signed such a free agent.

Of course, there must be some fear that Saltalamacchia would accept the qualifying offer. However, that wouldn't be such a bad thing for the Red Sox. Other than their incumbent starter, the in-house options for the 2014 catcher position are David Ross, Ryan Lavarnway, Daniel Butler and Christian Vazquez. Ross has never been a full-time catcher in his career, and it is too late for him to pick up that kind of workload now. Ryan Lavarnway hasn't shown any reason to have much faith in him as much more than a depth piece in the last few years. Vazquez has a lot of buzz right now due to his defense, but he played in exactly one game at AAA Pawtucket last year. He very well may be the future of the position in Boston -- along with Blake Swihart - but it would be detrimental to both his and the team's future to rush him to the majors so quickly.

That brings us to why Saltalamacchia accepting the offer wouldn't be so bad. In a vacuum, he isn't worth $14.1 million for a season. Even with his great 2013 season, you can't forget about how he played in the years before that. Baseball isn't played in a vacuum, though, and the Red Sox are in desperate need of a bridge to their future at the position. If everything goes to plan, that bridge would only last one year, and Vazquez could jump to full time duties in 2015 while Saltalamacchia left for greener pastures. Staying competitive at a crucial position would be well worth the $14.1 million that it would cost.

There are two reasons they may have neglected to extend the offer. Our own Marc Normandin suggests that they may be negotiating an extension with Saltalamacchia that could be ruined by the enticing AAV a qualifying offer would represent. If that's the case, then good on Ben. He would have to be pretty confident that he'll be able to re-sign him in this scenario, though, as the open market is a scary place, especially without draft pick compensation being attached.

The other theory is that Cherington is going to go hard after McCann. In that scenario, it would mean they are afraid Saltalamacchia would accept the offer, ruining any chance of them getting their choice at catcher. That seems like a risk worth taking, though. McCann is going to command a large commitment in both money and years. Yes, he could still very well work as a bridge to the younger catchers, shifting over to DH or first base in a couple of years. It'd seem like a better idea to deal with Saltalamacchia for one year though, than to pay a DH/1B towards the end of his prime the price of an elite catcher.

At this point, we have no idea how this will end, and there are a lot of different factors that went into this decision. There's no reason to have a lack of faith in this front office, and there is little doubt that they have a reasonable plan on how to deal with catcher. With all that being said, though, I still disagree with their decision to refrain from giving Saltalamacchia the qualifying offer. It seems like a move that would have had very little potential to backfire, and could've ended up with either a perfect bridge to their youth, or a valuable compensation draft pick.