John Lackey should not be traded

There is a good possibility that the Red Sox will trade one of their starting pitchers this offseason. It would be unwise to make John Lackey that guy.

Share All sharing options for: John Lackey should not be traded

It seems like every year there is a team that appears to have extra starting pitching, and is looking to move some of their excess talent to fill other holes on the roster. Every year, those claims are met with the age-old expression, "You can never have too much starting pitching." This winter, that team is the Red Sox, who have six players on the major-league roster who deserve to start the year in a big league rotation, plus five more young arms who could theoretically be ready to make some starts in Boston at some point during the 2014 season. If ever there was a situation when a team had too much starting pitching, it's now. Because of this, speculation have been swirling for some time now that Ben Cherington will deal from this excess to shore up the rest of the roster. There are arguments to be made on why any of the six starters already in Boston should be the one to move, but some make more sense than others. Assuming no team will give up anything far above market value for any starter, the Red Sox front office would be smart to hold onto John Lackey this winter, and deal one of their other pitchers if they choose to go in that direction.

A couple years ago, it would have been wild to suggest that trading Lackey would be an unwise move for the team. After the year he just had, though, it's much more reasonable, as he's proven to be one of the most reliable arms in Boston. In 189-1/3 innings over 28 starts, the big right-hander struck out 21 percent of the batters he faced and walked just 5 percent (4.03 K/BB ratio) en route to a 3.52 ERA (116 ERA+). Given how he performed in his first two years here, it might seem easy to dismiss 2013 as an outlier, but that doesn't look to be the case here. Based on his peripherals, the 2011 season - during which, in retrospect, he was clearly dealing with injury - was actually the outlier. This past season, Lackey went back to his career norms in both FIP (3.86 last season, 3.90 for his career) and groundball-rate (47 percent last season, 44 percent for his career). Even though his K-rate and BB-rate will likely regress a bit going forward, it would also be fair to assume his high home run rate will also dip down to his career norms. This would leave him with about the same overall production.

It's not just the raw numbers that Lackey provides, either. As I wrote during the playoffs, he was Mr. Consistent in 2013,which is even more important in this rotation. While he doesn't possess the upside that guys like Jon Lester, Clay Buchholz, and maybe even Felix Doubront have, he isn't nearly as likely to blow up as those guys are. Between the periodic duds that Lester is prone too, the career inconsistencies of Doubront, the health issues of Buchholz, and the uncertainties in the youthful replacements, having a reliable guy in the rotation like Lackey is a huge asset, especially to save the bullpen. There is also the durability, as the 35-year-old has made less than 28 starts three times in his career, including when he missed the entire 2012 season.

Of course, the now-famous vesting option for 2015 is the reason other teams would find him so attractive, and it is also a big reason why the Red Sox should hold onto him. With his performance showing no signs of a downward trend - in fact, last year it was quite the opposite - being able to have him on the roster for the league-minimum will be a huge advantage for the front office. The savings from having Lackey at such a cheap rate will enable Ben Cherington to allocate other money towards locking up some of the young talent, and filling other holes in the increasingly expensive free agent market. If Jon Lester ends up leaving in free agency next season, those savings could be used to acquire another top-of-the-rotation starter, of which there could be multiple available. 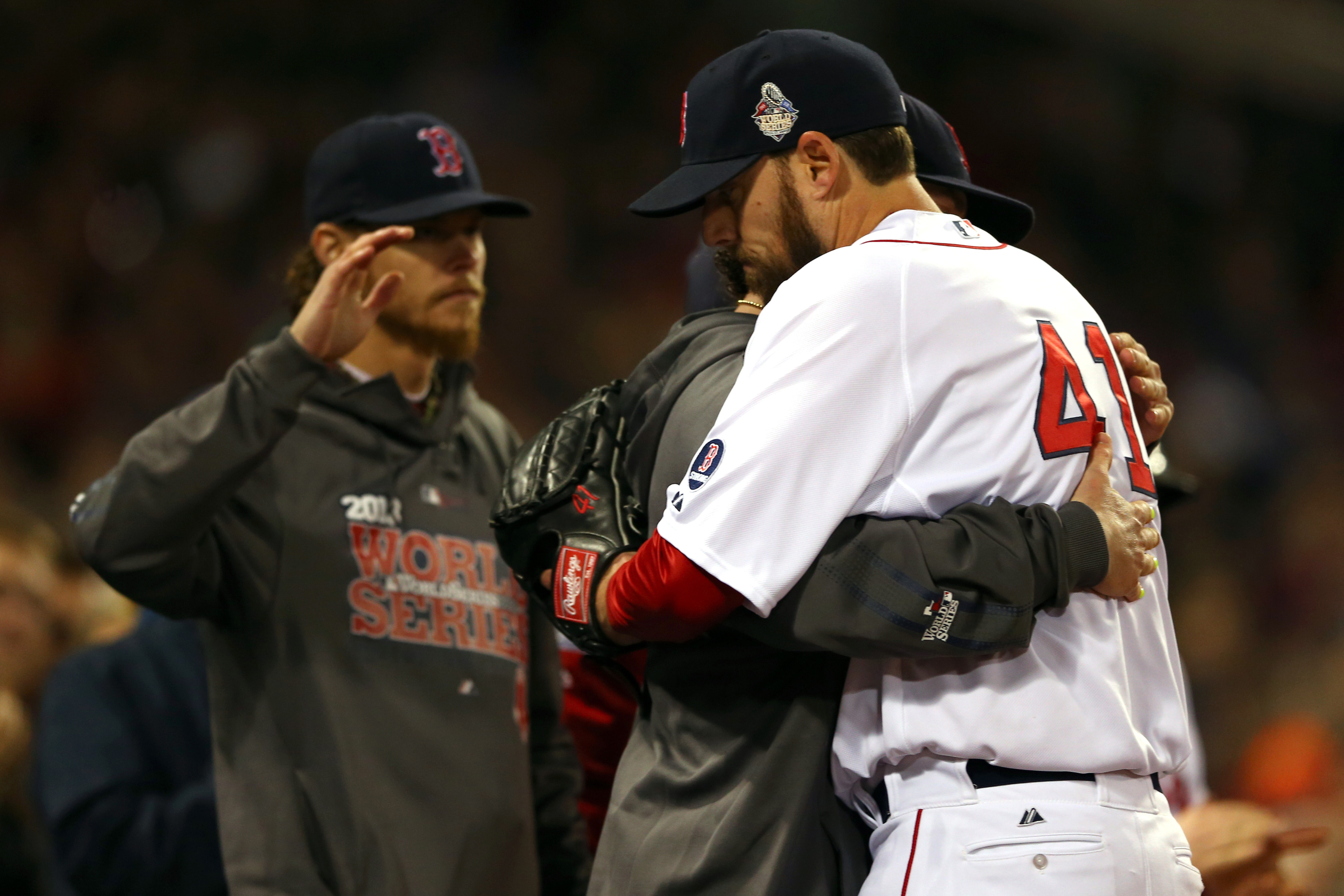 Finally, there is the impact Lackey seems to have on other pitchers in the clubhouse. Despite the horrible reputation he gained in the "chicken and beer" debacle, he is, by all accounts, beloved by other members of the pitching staff. With the likes of Allen Webster, Rubby De La Rosa, Anthony Ranaudo, Matt Barnes and Henry Owens on the cusp of breaking into the majors, having a leader who can take the young guys under his wing could prove to be invaluable.

While they certainly don't have to move one of their starting pitchers, the Red Sox could fill one of the holes on their roster by dealing from excess. John lackey shouldn't be the one to go, though. He's proven that he is still a highly effective pitcher, and he will consistently go out and give the team a chance to win around thirty times every year. When you add that production to his cheap 2015 option, and his presence among the young pitchers in the clubhouse, that is the exact type of veteran you want to keep around when you are trying to win now and also build a team that will be able to compete for years to come.