Could the Red Sox be in the market for Dodgers outfielder Matt Kemp? Should they be?

The Red Sox, along with a number of other teams, have called the Dodgers to inquire about the availability of outfielder Matt Kemp according to Nick Cafardo of the Boston Globe.

At the moment it's entirely unclear how serious this inquiry was. How much the Red Sox would be willing to give up, how much of the 6 years and $128 million that remains on Kemp's deal the Dodgers would have to eat, and whether or not anyone had their fingers crossed during the discussions. But it's arguably the most game-changing move we've heard the Red Sox being involved in outside of baseless speculation.

One or two years ago, Kemp might have been one of the game's biggest prizes. Let's call him the Hanley Ramirez of center field, providing a big bat and a good few stolen bases to boot at one of the game's more difficult defensive positions, even if he didn't really play it at all well. He had an MVP-worthy performance in 2011, but since then has struggled with injuries, finishing 2013 with a relatively miserable line of .270/.328/.395 in 73 games.

Kemp is available in the right deal. The question is whether that deal would be right for the Red Sox as well. Some might see this as an opportunity to do nothing so much as repay the favor the Dodgers did for the Red Sox when they took Carl Crawford off their hands, and that's legitimate. Kemp is a big risk for any team that takes him on, even if the Dodgers pay for some portion of his contract.

Still, the upside there is massive. At his best, Kemp is one of the best players in the game. Even at his second-best, he's a great outfielder easily worth $20 million a year. He's also just 29, and won't turn 30 until the end of the regular season next year. That means that Kemp will be 35 for the last year of his contract, and it's rare that a player as talented as he is can be had on a deal that doesn't leave the team on the hook past that point. 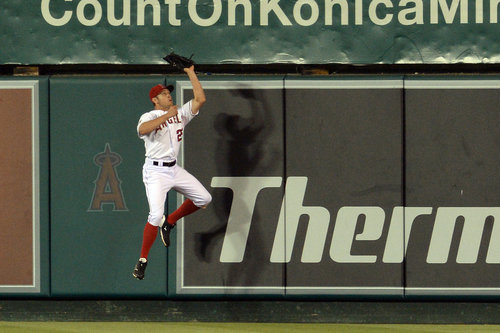 It's not hard to draw a bit of a comparison here between Matt Kemp and Prince Fielder. We've seen the market set for talented players with big contracts coming off of scary years. If Fielder's contract is larger, Kemp is coming off the worse season. Given that Kinsler himself can easily be seen as a bad contract, and the fact that Detroit still had to eat $50 million of Fielder's deal, it's hard to imagine that the Dodgers could command too high a price for Kemp, particularly without eating a significant amount of salary.

It's one of those trades which is impossible to evaluate without knowing the other side, though. For the Red Sox, Kemp is the kind of talent you don't mind breaking up the left field platoon for, but also the kind of risk you don't want to touch at six years and $20 million towards the CBT threshold. I can't say it's a market I want the Red Sox to stay out of, but they should look at this as a deal the Dodgers want to make, and they have to be convinced of. Kemp's contract is not a commodity right now.