The beards of Shane Victorino and David Ortiz are on sale. Yes, that's right, the beards, removed from their faces earlier this year. That shaving was for a good cause, done to benefit the victims of the Marathon bombing, but the beards aren't done giving just yet. Gillette has assembled the, uh, clippings, and...well...let's let the pictures tell the story. 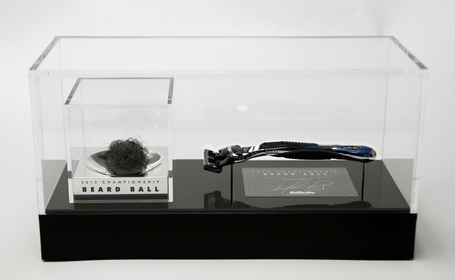 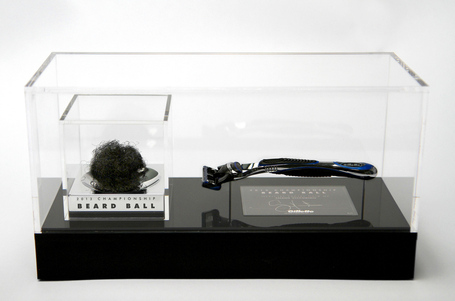 Yes, all that can be yours. The beard of either David Ortiz or Shane Victorino, and the razors what took 'em off are up for auction. And before you recoil in horror, I should mention that 100% of the proceeds are going to men's health charity Movember.

Somewhere out there is a house. In that house is a mantelpiece. A mantelpiece which has held many a trinket and gewgaw over the years. Perhaps it's getting ready for the year's influx of Christmas cards. But this mantel is meant for greater things. It always has been. It's exists to hold one of these beard balls. And now, finally, its destiny is at hand.