A.J. Pierzynski has one of baseball's worst reputations, but would he really be so bad for a Red Sox team in need of a catcher?

Share All sharing options for: What's wrong with A.J. Pierzynski?

Rings of truth can choke us. A.J. Pierzynski may or may not have kneed a San Francisco trainer in the balls in 2002 after the trainer, Stan Conte, asked Pierzynski how he felt upon being beaned in the nuts, but he's done nothing in the last decade years to give the impression it's not true. He's a dick or he doesn't mind being known as one, because oh man, is he considered a dick.

Pierzynski 's name has come up as the Red Sox consider an empty spot behind the plate, Jarrod Saltalamacchia having joined the league-wide cabal of players rejecting Qualifying Offers, Carlos Ruiz having gone back to the Phillies, and Brian McCann having been mum on all non-meme fronts. The general feeling about Pierzynski seems to range somewhere between "I'll stab something" and "I'll root for the Yankees." It's a universally reviled notion, especially after Bobby V, with whom "AJP" shares a pair of recessive asshole genes. We can see the scandals from a mile away, and his .272/.297.425 line won't play well after Salty's .273/.333/.466. He doesn't walk, which upends the organizational philosophy. Also, he's 37 years old. His reputation is kind of like John Lackey's heading into this year, without the 90th percentile upside that Lackey hit this year.

The argument for him is that he could be cheap enough, at least in this strange market, and we know he's durable. He has had more than 500 plate appearances in each of the last eight seasons and 10 of the last 11-in the season he missed that arbitrary magic number, he had 497. Saltalamacchia has never done that; his career high was 470 last season. If there's any truth to the argument that the catcher holds the team together, you would think durability creates respect. Say what you want about Pierzynski, the dude shows up. The ability to avoid an injury may not be a skill but it's certainly important; saying we're afraid of A.J. because of his age disregards Pierzynski's unbelievably impressive body of work at a position that it's arguably the most important to have stability. 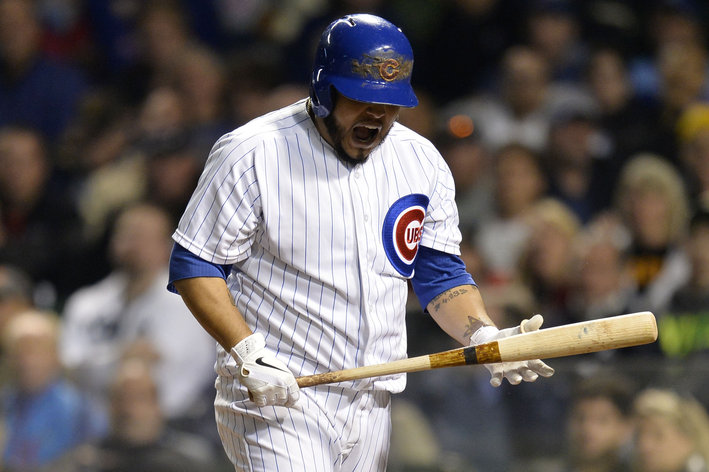 The Red Sox aren't all that interested in Dioner Navarro after all.

If Stephen Drew taught us anything, it should be that you don't need to blend perfectly with these Sox, personality wise, for the team to be great. You just need to do what you do. A.J. does the damn thing on a team that's built with a few spots where that's okay. Better to lock those down and move on than predict how people will get along, but that doesn't mean people won't try. I asked on Twitter last night if anyone had any thoughts about Pierzynski coming to the Sox. The only response I got was someone who posted an emoji of a pile of smiling poo, which seems to sum him up.

We know Pierzynski is hated, but, as we saw in the last two seasons with the Lackey adventure, winning cures everything. It's ultimately up to the GM to adjust the knobs, and any team is always an out of control railcar waiting to happen. It could also be a rocket. That's what we were last year. We probably won't be a rocket again this year, but we won't be careening from tabloid to tabloid, either. This year promises to be more down to earth, no matter what happens. If nothing else, Pierzynski can sit sentinel on that Earth, day after day after day. That's worth something, and we shouldn't be afraid to buy if the price is right. He's a baller. We can use those.