Should the Red Sox move on from Mike Napoli?

Mike Napoli earned Boston's love with big performances at the biggest of moments, but with his market looking surprisingly competitive, should the Red Sox be looking for other options at first?

Share All sharing options for: Should the Red Sox move on from Mike Napoli?

It's easy to forget, but three months back, Mike Napoli was one of the biggest dogs on the Red Sox. Fans were not happy. Every plate appearance, it seemed, ended in a strikeout, with Napoli looking hopeless against competition of any level. This was not the first baseman the Sox had expected when they were looking to sign him for 3 years and $39 million. It wasn't even the one they'd expected when agreeing to an incentive-laden deal for just 2013. This was Wily Mo Pena.

Then September happened, and as has been his penchant throughout his career, Napoli kicked it into another gear. The memories of some uninspiring middle months was pushed to the back by a month that saw Napoli reach base in nearly half of his plate appearances. Then, even while floundering with the rest of the team in the playoffs, Napoli came up in the biggest situations, picking up an RBI in two one-run games (including, most memorably, his solo shot off Justin Verlander in Game 3 of the ALCS).

The result? A shirtless rampage through the Boston bar scene as a World Series champion. Toss in the fact that he was central to the whole beards thing, and the city was in love.

That being said, the job of a General Manager is to be dispassionate, particularly when it comes to players who aren't really the face of the franchise in he way Dustin Pedroia or David Ortiz might be. And Mike Napoli...well, there are reasons to think he's just not the best option for the Red Sox.

Let's start with the thing that made him so frustrating in those middle months: all the strikeouts. Napoli has never been a top contact player, but he took that to a whole new level in 2013, striking out in a remarkable 32.4% of his plate appearances. Not only was Napoli swinging at more bad (read: outside the zone) pitches than ever before, but he was making contact on fewer good ones. His overall contact rating fell to 68%, sixth worst in the majors. Setting career highs in those categories for two straight seasons is not what you want to see out of a 32-year-old first baseman. 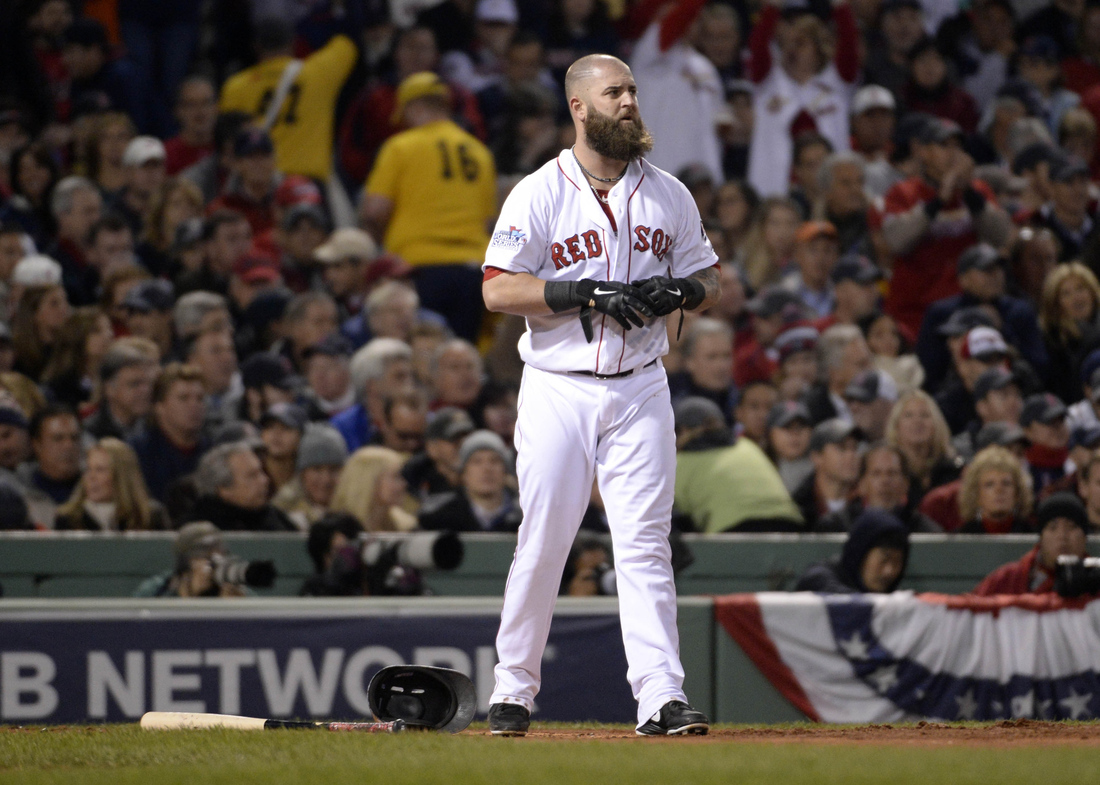 For some players, that kind of profile is entirely acceptable. Giancarlo Stanton and Chris Davis, for instance, have made a habit of missing a ton of pitches then making every one they hit find its way into the next county. Napoli, however, did not take to Fenway Park quite the way we might have hoped. 23 homers marks the lowest total he's had in a season since 2009, and by far the worst rate in terms of plate appearances per home run. How did he get his season numbers, then? A .367 BABIP spurred in large part by a huge spike in line drive rates.

The question is, what will he do in 2014? There, the line drive rate seems less likely to repeat than the strikeout rate. It's true that Napoli is, generally, a selective hitter (if less so last year than in seasons past), which means that it makes some sense that, when he does make contact, he makes good contact. But on the whole, line drive rate is not the most stable of stats, and even if it were, Napoli's figures from years past suggest that he's due for some regression there.

The .367 BABIP, then, really stands out like a sore thumb. I'll grant you that Fenway Park certainly helps some in that regard, but for a player with a career mark of .310, we have to expect 2014 is just not going to be as good as 2013 just based on random chance alone.

All of this still wouldn't be reason to avoid re-signing him under the right circumstances. Particularly when you consider how good he looked at first in his first full season at the position. But are the right circumstances there for the Red Sox? Napoli declined the $14 million qualifying offer made by the Red Sox, going in search of a multi-year deal on the open market despite having the price of a draft pick attached to him.

That draft pick is what's concerning. Why would a team give up a draft pick to sign Napoli to a one- or two-year deal? Maybe the advantage of a super low-risk one-year deal outweighs it, but an organization will not last long cycling through free agents that require compensation like that, particularly ones at Napoli's age who aren't that likely to draw a qualifying offer at the end of their contract. Given that he's already receiving multi-year interest, it would be surprising if we weren't talking about a three-year deal at least.

It also needs to be mentioned that the draft pick price is there for the Sox, too. There may be something to be said about diminishing returns when it comes to the Xth draft pick, but there is absolutely a draft pick opportunity cost associated with re-signing Napoli.

And that's where I wonder if the Red Sox shouldn't just draw the line. Three years with a degenerative hip condition, even if it did look better at season's end, with plenty of red flags in his game? It's all-too-easy to see this winding up the same way Mike Lowell did. Possibly even worse. 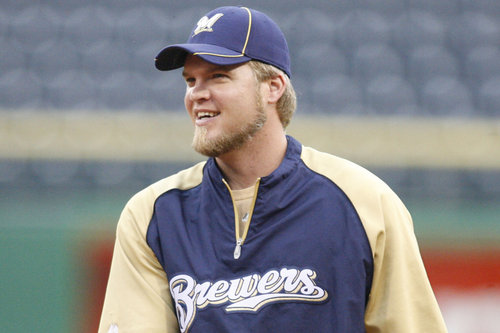 He's certainly on their radar.

If there were no alternatives available, this might be a different story, but there is at least one. Frankly, the more I think about the idea of bringing Corey Hart to Boston, the more I love it. It's the perfect continuation of a long tradition of the Red Sox buying low on guys with something to prove after an injury. No, not every deal will work out the way Adrian Beltre and Stephen Drew did, but the upside is so big that it's hard not to jump at the opportunity. If Hart is healthy, then the Red Sox get a full year of a good player at a low cost, and then walk away with not just the draft pick from Napoli, but either another year of Hart or another draft pick in their pockets, much like they will have in 2014 from Drew, and much like they had from Adrian Beltre in 2011, when they picked Jackie Bradley Jr. in the compensation round.

If he's not healthy? Well, simply put there's no guarantee on Mike Napoli either, and the downside to losing Hart lasts all of one year, whereas Napoli could sting us for three.

If Hart signs elsewhere, bringing back Napoli would still be a reasonable pick-up. It's just that, at this point, I'm not sure that he shouldn't be a plan B to Corey Hart, rather than the other way around.