It's Hot Stove season, which means more than just free agents. Who should the Red Sox keep, and who should they find a new home for?

This offseason, the baseball blogs of SB Nation will be participating in a weekly feature known as the "MLB Rotation". Simply put, we get a scenario, a topic, or even a physical challenge* and have to tackle it from the perspective of our team. This week's topic: "five pivotal players during trade season" -- who should the Red Sox keep, and who should they send away? By choice, I'll spare you the Dustin Pedroia answer.

*There will be no physical challenges.

Is there really any question about this one? It's becoming increasingly difficult these days for teams to find elite talent in free agency or the trade market and, when they do, it inevitably comes with a price tag that will almost certainly leave the organization on the line for millions of dollars to a player in decline, often for quite a few years.

Xander represents the dream. He's 21, extraordinarily talented, seems to have a good head on his shoulders, and won't be expensive for years to come. He's who we've been waiting for for years, excluded from talks in every trade along the way, and it's hardly time to make him available now. The Red Sox have something special in Xander Bogaerts, and you don't let a guy like him get away if you can help it.

The hype on Bradley may have died down a bit thanks to a poor showing in 2013, but it's easy to forget he shouldn't really have been up to start the year to begin with. The only reason that went down was because of a strong spring training which, I shouldn't have to tell you, is rarely indicative of anything more than a player "feeling it" for a week or three.

Looking past some bad weeks in April, however, Bradley is the too-perfect fit to replace Jacoby Ellsbury, who now seems certain to sign elsewhere. He remains an incredibly patient, selective hitter with some serious chops defensively and, if he lacks Ellsbury's speed, he might just wind up with a little more pop--he hit as many home runs in 374 at bats in Pawtucket last year as Ellsbury did in his entire (non-rehab) minor league career. Bradley's not quite got the star power of Xander Bogaerts, but it's tough to envision a scenario where it makes more sense to trade him for a replacement than to just keep him. Something tells me Anaheim isn't looking to deal Mike Trout, for instance. 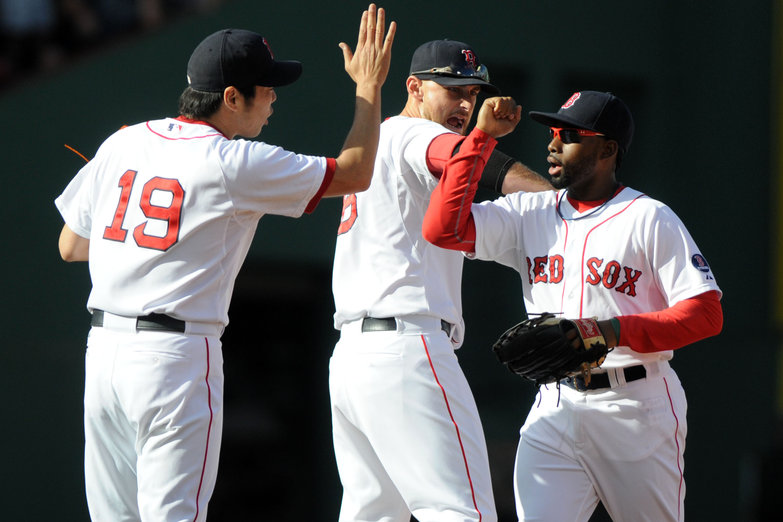 I knew Will Middlebrooks had to occupy one of these slots, I just didn't know which. Frankly, I still don't. I go back-and-forth between thinking it would be crazy to sell low on a guy with his pop and thinking they'd be crazy to think they're ever going to get any production from a guy who takes as many bad swings as Will Middlebrooks does.

So it is that I come down perfectly neutral. I just can't say. Do the mitigating factors--a sophomore year coming off a wrist injury--excuse the tremendous failure of the eye test? Does the presence of Garin Cecchini close at his heels mean the Red Sox should just be looking for a stop-gap rather than trying to hold on to a cheap, long-term asset? At this point I think it's highly likely the team has him penciled in as the starting third baseman for 2014. I just have no idea whether or not that's wise.

It's a bit strange putting Brentz in this close proximity to Middlebrooks. There's a lot of similarity between those two players, really. But with Brentz there's no exciting rookie campaign or big-time Pawtucket production to spark dreams. Instead, there's a self-inflicted gunshot wound and a 40-man spot that seems like maybe it will be needed elsewhere before too long

I say all this not knowing if Brentz really has any value left. He was one of the pieces of driftwood we Sox fans clung to a few years back when our farm system was as decrepit as it is strong now, but with an unimpressive 2013 in the books it's possible he won't even merit consideration as a throw-in in a larger trade.

Who will the Red Sox protect? 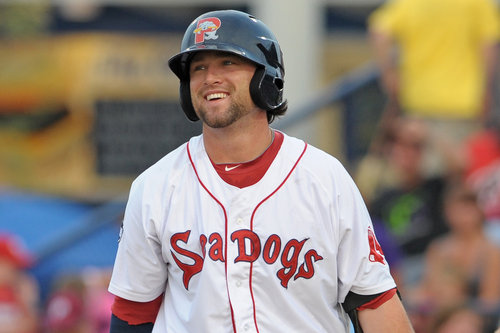 Bryce Brentz is not the only man at risk with the Rule 5 draft on the horizon.

Still, with the Rule 5 draft fast approaching, it might be time to find a team that wants to take a shot on an arguably MLB-ready outfielder with some big power, even if all the Sox get in return is a similarly questionable prospect. So long as that prospect is just a few years younger, and thus not at risk without a 40-man spot, it will at least keep the Red Sox from walking away with absolutely nothing. The last thing this team wants is to add another name to the top of this list.

Must Get Rid Of: Ryan Dempster

This one comes with a caveat. Ryan Dempster is not someone the Red Sox can't live with. He showed in 2013 that his best days really do seem to be behind him, and at $13 million he's tying down a lot more money than the Red Sox are comfortable with given his role on the team.

Still, I don't need to tell you the old adage about starting pitching. Having Dempster as a swingman is actually quite the luxury. Whether he's eating innings in a blowout, or keeping the Red Sox from having to DL a pitcher who's set to miss a start, Dempster holds value.

That being said, it's not $13 million worth of it, and if the Red Sox can get a reasonable portion of that back, even if it's just a partial salary dump, they have to strongly consider it. Even with as much payroll flexibility as they have, whether it's for acquisitions in free agency or to give them room to maneuver at the trade deadline, getting another $5-10 million is likely worth it, particularly with all the pitching depth in the minors ready to play a similar role.