The Red Sox have made a two-year offer to Jarrod Saltalamacchia, but remain active in pursuing other free agent backstops.

The Red Sox have made a two-year offer to Jarrod Saltalamacchia, but remain active in the markets of Brian McCann, Carlos Ruiz, and A.J. Pierzynski according to Jon Heyman. Saltalamacchia, their starting catcher of the past three years, is said to be looking for a three-to-four year deal.

Consider this the "no bridges burned" approach for the Red Sox. But with their offer to Saltalamacchia coming in at "something less than $10 million a year," it's also clear that they're not eager to bring back their free-swinging backstop.

Stephen Drew will not return to the Red Sox 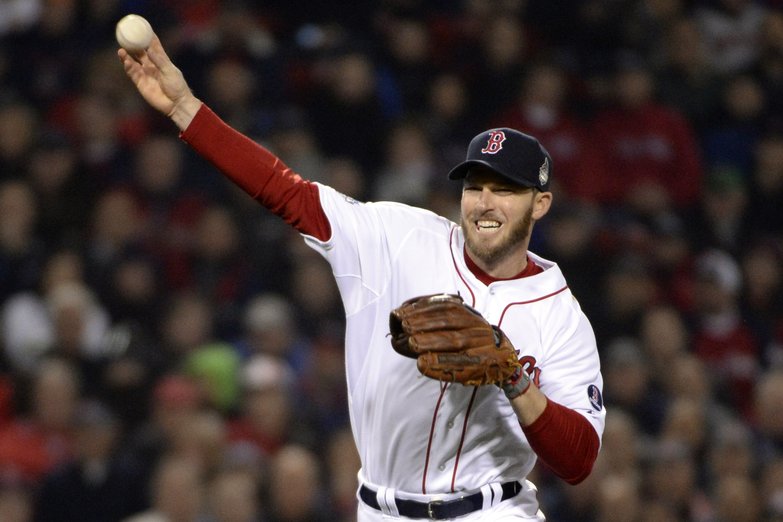 Boston already has a shortstop in place for 2014, limiting what they will offer Drew as a free agent.

This, perhaps, should not come as a surprise. Saltalamacchia does not exactly fit the mold of a 21st century Red Sox team with his lax plate discipline and questionable defense being excused only by power uncharacteristic of a catcher. While the Red Sox were happy to have that contribution from a cheap player under team control, with the market offering alternatives more in line with the organization's philosophy, it's little wonder that they're not anxious to go out of their way to bring Saltalamacchia back.

Still, if the market for Saltalamacchia truly tanks, and the Red Sox can't get Carlos Ruiz and don't think Brian McCann is worth the investment, then this offer allows them a foot in the door. In the end, the idea here is really to bridge the gap to Christian Vazquez and, more importantly, Blake Swihart, their first-round pick from 2011 who profiles as a strong option both at the plate and behind it.