The Red Sox are looking for alternatives at first base in case Mike Napoli bolts, and Giants' third baseman Sandoval was one of them.

Share All sharing options for: Red Sox trade rumors: Sox 'inquired' on Pablo Sandoval for 1B

Mike Napoli declined the Red Sox' qualifying offer on Monday, and is set to explore the market after not being satisfied with Boston's multi-year free agent contract. This leaves the possibility of first base being open for the Red Sox, as Napoli could conceivably end up somewhere else, giving Boston naught but draft pick compensation in his place. That's why, as Peter Gammons reported, the Red Sox asked the Giants about the availability of third baseman Pablo Sandoval, so they could shift him to first base. 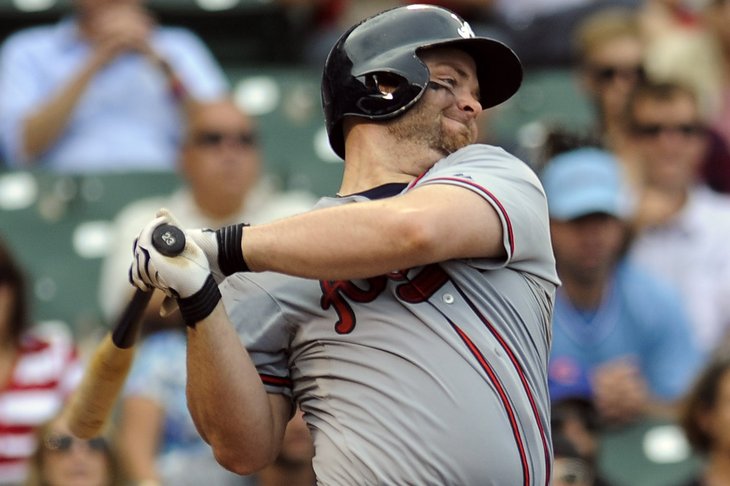 The Red Sox have a need for a catcher, but it might not be McCann. 

Giants' general manager Brian Sabean told Gammons that they "need his bat," so he won't be going anywhere. Considering Sandoval has a 132 OPS+ and .291/.346/.468 line despite playing home games in a pitcher's park over the last three years, it's easy to see why the Giants would want to hold onto him -- and also why Boston hoped to pry him away. It also confirms that the Giants see themselves as contenders in 2014, as Sandoval is down to the final year of his contract, and will be a free agent this time next year.

With Sandoval off of the table, though, one wonders if Boston will be more inclined to push harder for Napoli, or if this is simply the first of many potential trades for a first baseman they're working on, in case Napoli remains unsatisfied with their initial proposal.

Napoli hit .259/.360/.482 in 2013, and has a 138 OPS+ very close to Sandoval's production over the last three seasons. Should he sign elsewhere, the Red Sox will receive a compensation pick for the first round of the 2014 draft. The Orioles are the only team reported to be in on Napoli, though, it's early in the off-season.