The Red Sox, free agency, and lessons from the collapse

A look back at what went wrong in 2012, and why the Red Sox getting back in on big-ticket free agents would not be the end of the world.

Share All sharing options for: The Red Sox, free agency, and lessons from the collapse

The 2010-2011 offseason was, at the time, one of the most impressive in the history of the Boston Red Sox. Two massive acquisitions moved the team right to the top as World Series favorites.

The 2011-2012 offseason saw Theo Epstein running from the burning wreckage of one of the biggest disasters in baseball history, ownership tightening the purse strings, and Ben Cherington (likely engaged in a power struggle with Larry Lucchino) trying to put all the pieces back together with both hands tied behind his back and a blindfold over his eyes.

The impact of all this on the fanbase has been...profound. Once upon a time Red Sox fans were always amongst the first to clamor for a big free agent signing or a huge trade. If the farm system was valued, and some skepticism shown with the biggest deals, there was a firmly-held belief that if the Yankees were out there snagging every top free agent, we had to at least be playing in that market. John Lackey and Carl Crawford were met with mixed reactions, but there was plenty of positive to go around.

These days, however, the first response to any news of the Red Sox being involved with a top free agent is, almost invariably, "not at that price" or "not for that many years." We have been burned, and are hesitant to so much as approach the fire again, no matter how cold it might get out here.

So far, though, that's worked just swimmingly. You can't argue with a World Series, right? But it needs to be said: this is not a strategy that the Red Sox can stick to and expect to win year in and year out. 2013 was little short of a miracle. At the beginning of the year, we were pitching this Red Sox team as one that had thrown together a bunch of question marks with upside assuming that, if enough of them worked out, contention was not out of reach. Well... 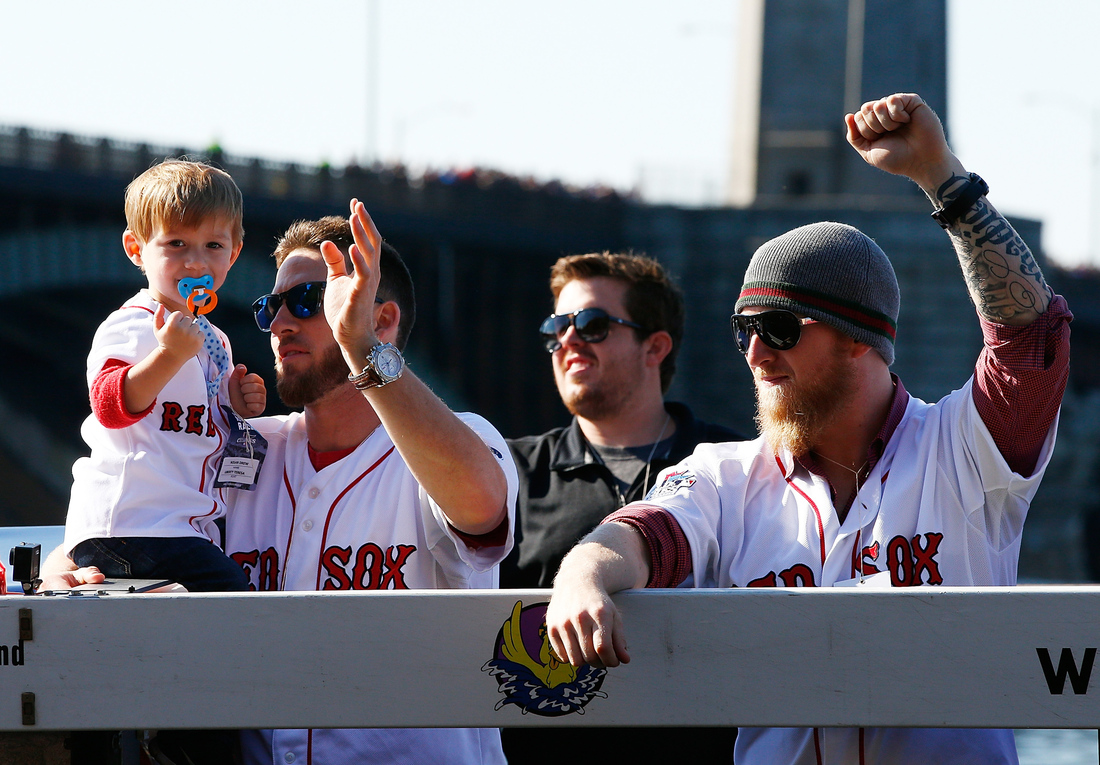 Granted, not everything worked out. Ryan Dempster was mediocre at best, Joel Hanrahan and Andrew Bailey (predictably enough) imploded spectacularly. Clay Buchholz was hurt for a long while (though he was good enough in his time healthy to be worth 4.3 rWAR), and Will Middlebrooks wasn't any good for most of the season.

Still, when going down that list above...it gives you an idea of just how special 2013 was, and why maybe we shouldn't be relying on that formula working for years to come. "But that's no reason to fall back into old bad habits!" you might say. "The Red Sox have shown that big-ticket free agency is a fool's game!" Well, no, not really. Let's actually look at the payroll for 2012--the year where Boston's financial mismanagement finally caught up to them.

The first thing you'll notice is Adrian Gonzalez and Carl Crawford up top at $42 million total. It's glaring, but it's also far from being the whole problem. The Red Sox would pay John Lackey $16 million to not play that year. Daisuke Matsuzaka was little better at $10 million. In a similar vein, Bobby Jenks picked up $6 million of his own. Right there you have $32 million that nobody was even expecting to take the mound that year. Add in a miserable season from Josh Beckett and we're up to $50 million in pitchers providing nothing.

Beyond that, Boston's young players weren't quite as young anymore. Jon Lester, Kevin Youkilis, Dustin Pedroia, Clay Buchholz and Jacoby Ellsbury took up a $37 million chunk in their own right. When looking at team-controlled players, Will Middlebrooks, Daniel Nava, Junichi Tazawa, Felix Doubront, and Andrew Miller are about the only ones worth mentioning. And if getting 5 rWAR for less than $3 million is very nice, it certainly paled in comparison to years like 2008 when Dustin Pedroia, Jacoby Ellsbury, Jon Lester, and Justin Masterson combined for 18.5 rWAR at a slightly lower price.

That last bit is something I want to focus in on: the farm system had gone fallow. Going back to 2006, it's stunning how little the Red Sox have gotten out of their drafts. 2007 produced Will Middlebrooks (the lone bright spot of 2012), Anthony Rizzo (traded), and Drake Britton (fringe). 2008 produced Casey Kelly (traded), Kyle Weiland (traded), Ryan Lavarnway (ugh) and Christian Vazquez (we'll see) along with a handful of others traded away to the Dodgers or Indians. 2009 produced Alex Wilson and...well, that's about it unless Reymond Fuentes (traded) actually proves to be a thing in San Diego. 2010 is where we finally start to see interesting names pop up again, but that's obviously far too close to 2012 to have made a difference.

Essentially, then, from 2008 onward the farm system had produced Felix Doubront, Junichi Tazawa, Mark Melancon, Daniel Bard, Andrew Bailey, Jose Iglesias, Daniel Nava, Will Middlebrooks, and Adrian Gonzalez for the Red Sox in 2012. That's a total of 6.3 rWAR at the cost of over $30 million. The part of the team that was supposed to provide the team with cheap talent was kept from doing that by a combination of poor drafting and trades for more expensive players.

As I said earlier, it seems that the lesson most have taken away from this is that big-ticket free agents must be avoided at all costs. That seems a bit simplistic for a mess with so many parts, though.

The collapse of 2011-2012 was not the result of any one bad move, but a dozen in concert. As many things had to go wrong for the Red Sox to finally drop out of contention as had to go right for them to win it all in 2013. The farm system wasn't producing cheap talent. The players it was used to acquire ended up being, more-or-less, busts. Three of Boston's four most expensive players had to provide next to no value. David Ortiz, Dustin Pedroia, Clay Buchholz, and Jacoby Ellsbury all dealt with injuries. Jon Lester and Kevin Youkilis were in perfect unison in disappearing. 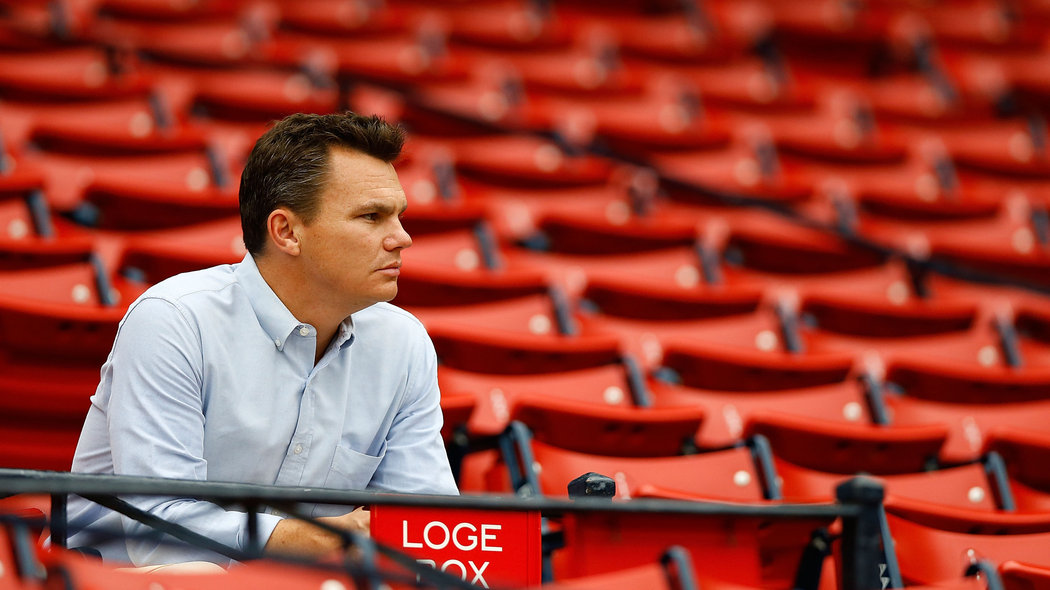 For those not terrified of the prospect of spending, we have some ideas for you!

But this fear of free agency is, frankly, a bit much. Asking Ben Cherington to find Shane Victorino (ninth in rWAR for position players) on a contract of three years and $39 million is...optimistic at best. It didn't make sense before 2013, when it wasn't clear how strong the core of the team was, but now that that question is well-and-truly solved, the Red Sox have to be willing to take the plunge again at some point. They have to sign reasonably big names and take on some risk. There's a slippery slope aspect to be considered here, absolutely. But at the moment the Red Sox have made long-term commitments to all of one player: Dustin Pedroia. They aren't anywhere near the critical mass that left the 2012 team without any room to maneuver.

They can spend money. They just need to take a good long look at their payroll before throwing a quarter-billion and the best players in the farm system at one offseason.