To keep the game's most productive outfield rolling after Jacoby Ellsbury leaves, the Red Sox should turn to Shin-Soo Choo.

The Red Sox had the most productive outfield in the game in 2013. With Jacoby Ellsbury in center field, Shane Victorino in right and the platoon of Daniel Nava and Jonny Gomes holding down left, Boston amassed 15.7 fWAR and a batting line of .287/.358/.444, 19 percent better than league average. That unit was one of the major strengths for the World Champions, but keeping it together might not be the right move.

Jacoby Ellsbury is a free agent and, although it would be great to see him back in Boston, his price tag is likely to rise above any rational projection for his future. Fortunately, Victorino, Gomes and Nava will still be around and Jackie Bradley Jr. gives the Red Sox a center fielder who can replace Ellsbury's glove in the near future. The outfield might remain a strength for this club next season and into the future, but with a strong crop of free agent outfielders this off-season and questionable organizational depth after Bradley, adding a veteran to keep the offensive side rolling after Ellsbury departs would be a smart move. The player that best fits Boston's needs now and in the future is Shin-Soo Choo. 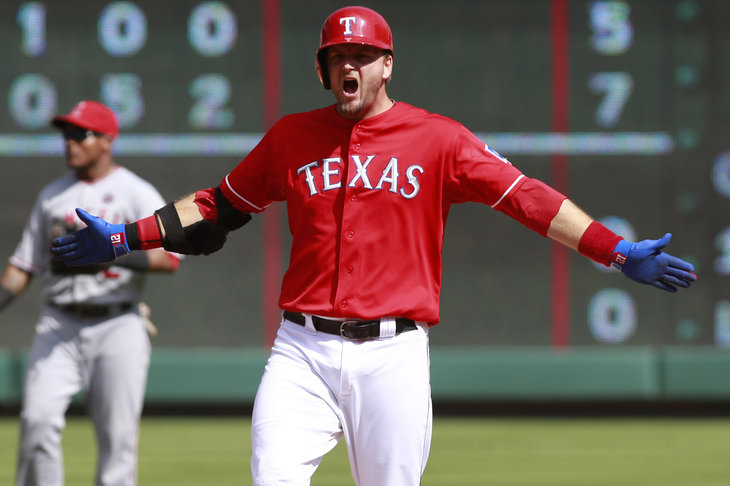 Could A.J. Pierzynski replace Jarrod Saltalamacchia behind the plate for 2014?

The Reds outfielder is coming off a fantastic season in which he hit .285/.423/.462 in 712 plate appearances as Cincinnati's lead-off man. In his age-30 season, Choo managed to cut back on his strike outs- his 18.7 percent K rate was the second best of his career- and walk an unbelievable 15.7 percent of the time for the best rate in the game. 2013 was one of Choo's best seasons to date, but it was hardly an outlier. He has posted a wRC+ over 130 every season since 2007 and averaged 3.8 wins per season since becoming a full-time player.

He is no great defender but he was able to handle center field on a daily basis for the Reds and with both Victorino and Bradley around to handle that position, a return to the corner should help his value. Prior to a 2012 season in which knee and hamstring trouble plagued him, Choo was an average defender in right, where he would likely see the most time in 2014. In the long term, he could find a home in left, where playing in front of the monster for 81 games a year would help minimize the effects of his declining range.

It isn't just Choo's raw production that makes him a good fit for Boston, however. It is the way that he achieves it. Choo was second in the National League in pitches per plate appearance and eighth overall. That grinding approach would be a brutal addition for opposing starters to have to deal with at the top of a Red Sox order that saw more pitches than all but one other team in 2013. In addition, Choo has an excellent left-handed, opposite-field approach that is well suited to Fenway, as this spray chart from Texas Leaguers illustrates.

A good number of left field outs on that chart would be turned into wall-ball singles and doubles in Fenway. There is some risk that his home-run power could be negatively impacted by Fenway's deep right field, but a quick look at where his home runs went in 2013 helps to eases those concerns (care of Hit Tracker Online). 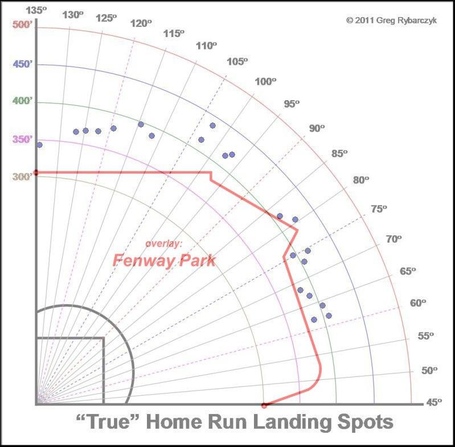 Choo fits the present needs of the Red Sox as well as needs that are likely to arise in the future. In 2014, he could start in right field with Victorino moving to center, giving the Red Sox the ability to be patient with Bradley. Should Bradley prove too good to be relegated to the minors for too long, Choo could move to left. That would likely be an upgrade over the Nava/Gomes platoon on both sides of the ball and it would create the opportunity for the team to deal one of the two to address other needs in-season or next year. Looking into the future, Choo will likely end up in left and see time at DH before the deal he signs this winter is done, but those are both roles Boston will need to fill in the future. 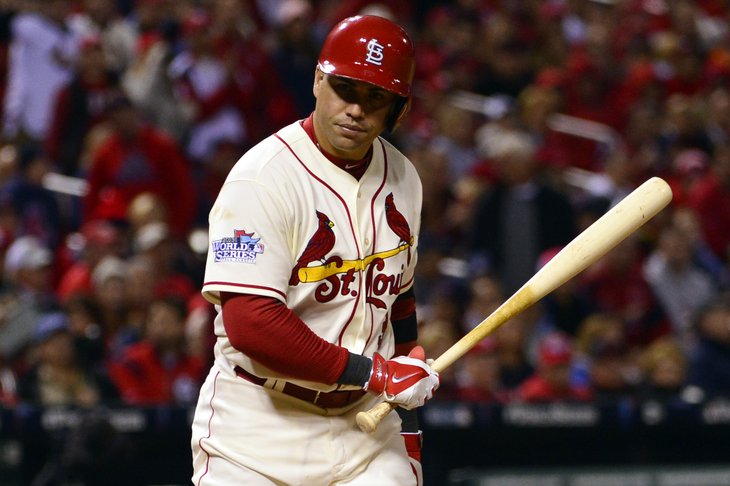 Carlos Beltran wants three-plus years, and I want a 24-year-old Carlton Fisk starting behind the plate.

Even if Choo is a great fit for this team, his price tag is potentially an issue. Like Ellsbury, he is represented by Scott Boras and Boras has already set a high bar for the bidding, saying that Choo is looking for $100 million deal. At much over nine-figures, I'm not sure I would want Choo, but I don't think he will quite reach that level. Comparisons to Hunter Pence's 5-year/$90 million deal with the Giants are fitting. Choo is a slightly better player but I think with the qualifying offer helping to depress his value, Choo will end up with something close to the same deal. Ellsbury should command an average annual value $3-$5 million higher, and an even longer commitment with greater risk attached. The difference in price per season is not huge, but it is enough to buy roughly one Koji a year.

Choo doesn't possess the same athleticism or the MVP-level ceiling that Ellsbury flashed in 2011, but he has been consistently better at the plate and he will come cheaper. It is particularly important that his value is tied to his bat. With Bradley around to give Boston plus-defense in center, a player with Choo's skills is better suited to this team's needs than a player like Ellsbury, who derives so much of his value from playing center.The potential upgrade in offense may be the key to the Red Sox repeating as World Champions in 2014 and remaining contenders in the years to come.