As of Monday afternoon, we'll know for sure which high-quality free agents are staying or going.

Qualifying offers were submitted seven days ago, and, per Major League Baseball's rules, must be accepted or declined on Monday by 5 pm eastern. This concerns three Red Sox free agents submitted the QO: Jacoby Ellsbury, Mike Napoli, and Stephen Drew. 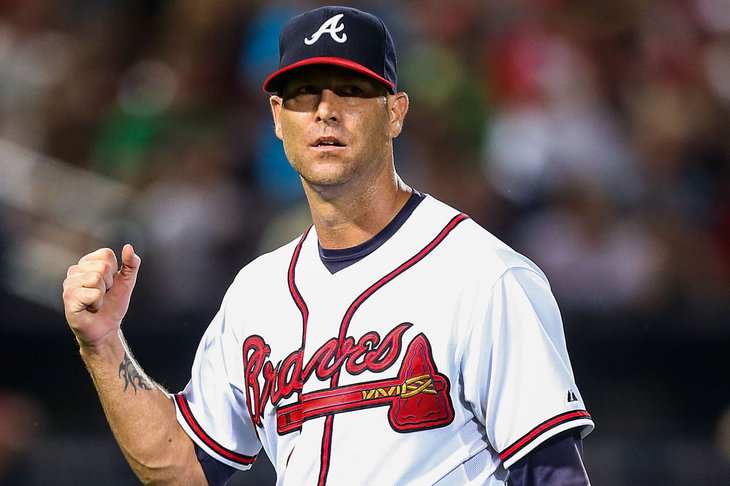 Boston has loads of starting pitching, but seems to want to control the market, never mind corner it.

None of the three are likely to accept the qualifying offer, so we likely already know what today means for the Red Sox: it's just the day that officially confirms our suspicions for this trio. Ellsbury is going to end up signing one of the winter's largest contracts, so the one-year deal $14.1 million would make no sense for him. Napoli has already received a multi-year offer from the Red Sox and is coming off of a one-year deal that was meant to rebuild his value after the discovery of avascular necrosis, a degenerative hip condition, in his physical taken before signing last season. As for Drew, given he's a high-quality shortstop on a market without many of them, he's going to receive his share of multi-year offers, and has no need for a one-year make-good contract, especially since, like Napoli, he's coming off of one. WEEI's Rob Bradford reports that "a bunch" of teams are "moving quick" on Drew, and that sort of interest all but guarantees he won't return to the Red Sox on the qualifying offer.

Unlike arbitration, the previous compensation system under the last iteration of the collective bargaining agreement, the Red Sox can still negotiate with and sign Drew, Napoli, or Ellsbury following the qualifying offer deadline -- declining is not the same thing as a guarantee the player will sign elsewhere, and there's no built-in delay in place for when they can officially sign following a decline, either. If any of the three do sign elsewhere, though, the Red Sox will receive a compensatory first-round draft pick following the conclusion of the regularly scheduled first-round selections in the 2014 draft.