The Yankees finished tied for third place place in the American League East in 2013, dealing with injuries, ineffectiveness, and something else Red Sox fans certainly haven't forgotten about: the perils of a bloated payroll full of free agent acquisitions. The 2013-2014 off-season is their moment to shake things up, and as of now, two potential options to help with that are Boston free agents Jacoby Ellsbury and Stephen Drew, according to CBS Sports' Jon Heyman. 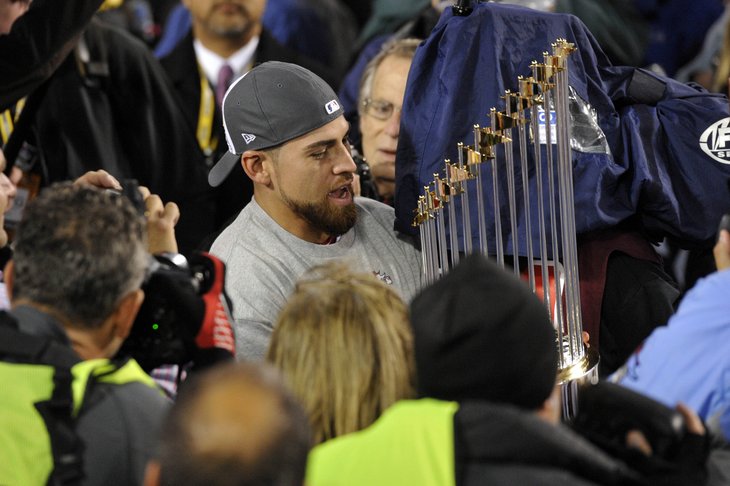 Remember: it's early in the off-season, and nothing here indicates that these players are New York's first options. Ellsbury is likely not happening with the Yankees wanting to field a team under the $189 million luxury tax threshold in 2014, not unless their own mega free agent, Robinson Cano, signs elsewhere, or Alex Rodriguez's suspension is upheld and his substantial $27.5 million average annual value is taken out of the equation. As for Drew, Yankees' shortstop Derek Jeter has a player option for $9.5 million that he'll likely invoke given his injury-riddled 2013. Granted, Jeter could slot in as the designated hitter, even if the Yankees are saddled with quite a few of those already.

The Yankees do not have a protected pick in the 2014 draft, and both Ellsbury and Drew are expected to receive qualifying offers that would attach draft pick compensation to them. Going after either (or both) would give you an idea of how serious they are about reloading quickly rather than by trying to fix the farm with their earliest first-round selection since 2005, when they picked 17th overall.

Ellsbury and his agent, Scott Boras, asked for a $130 million extension from Boston after the 2011 season, and the Mariners are reportedly willing to spend around that much to acquire him. There are no such rumors floating around about Drew, but, given the lack of high-end shortstops available, one who posted a 127 sOPS+ relative to others at the position while also playing high-quality defense will get his due in years and dollars.