Share All sharing options for: For Jacoby Ellsbury, it's a career gone full-circle

June 30th, 2007. It was a normal summer day, in the dog-days of the baseball season. The Red Sox, 18 games above .500 at that point, were playing host to the 33-46 Rangers. Batting ninth for the home team and playing center field was Jacoby Ellsbury, making his major-league debut. There was a considerable amount of hype for the 24-year-old, as he was deemed the top prospect in the organization before the season, and the 33rd best in all of baseball by Baseball America.

He would go just 1-4 in that game, and would play in a few more contests before being sent back down to Pawtucket for a couple months. When the rosters expanded in September, Ellsbury was recalled to the majors. That’s when his Red Sox career really took off, and he became one of the most dynamic players in recent team history.

Ellsbury came in on September 1st to pinch hit in a tie game in the bottom of the 8th, and promptly hit a two-run double on the first pitch he saw, giving the Sox a lead that would hold until the end of the game. For the rest of the month, he played pretty much every day, finishing September with a .361/.390/.536 in 105 plate appearances, while also going a perfect 8-8 in stolen base attempts. It was in the next month that he would boost his profile around Boston, however. Ellsbury began that postseason as a bench player, being used strictly as a pinch runner or defensive replacement. Terry Francona decided to put him in the starting lineup for Game 6 of the ALCS against Cleveland, with the team trailing three games to two. The team went on the win that game, and wouldn’t lose again during those playoffs, with Ellsbury getting the start in each of the remaining games. He wound up amassing 28 plate appearances in that playoff run that ended with a World Series championship, and he hit .360/.429/.520 on that huge stage. It was a perfect way to start his Red Sox career, which has been one of the most fascinating I can ever remember.

When we look back at Ellsbury’s time in Boston, which will more likely than not be coming to an end very soon, the recollection will most likely be highlighted by injury issues. The speedster missed significant time in 2010 and 2012, playing in just 18 and 74 games in those seasons, respectively. Since they happened in a span of three years, there are people who put a good amount of blame for this missed time on Ellsbury himself. The fact that he chose to rehab away from the team in 2010 certainly didn’t help matters. However, it’s important to remember how those injuries happened. The first -- rib fractures -- was the result of a collision with 220 lb. (per Baseball-Reference) Adrian Beltre. I imagine most people would be significantly injured after a full-speed collision with Mr. Beltre. He tried to come back a few times that season, but those efforts probably only hurt matters for Ellsbury, especially when additional fractures were discovered. Then, last season, in mid-April, he tried to break up a double play, and shortstop Reid Brignac fell on his shoulder, resulting in a dislocated shoulder. These are hard, tough-luck injuries. Ellsbury wasn’t missing two or three weeks at a time to hamstring strains throughout his career. He just met some tough luck on hard-nosed plays, and received injuries that take time to fully heal for his trouble. 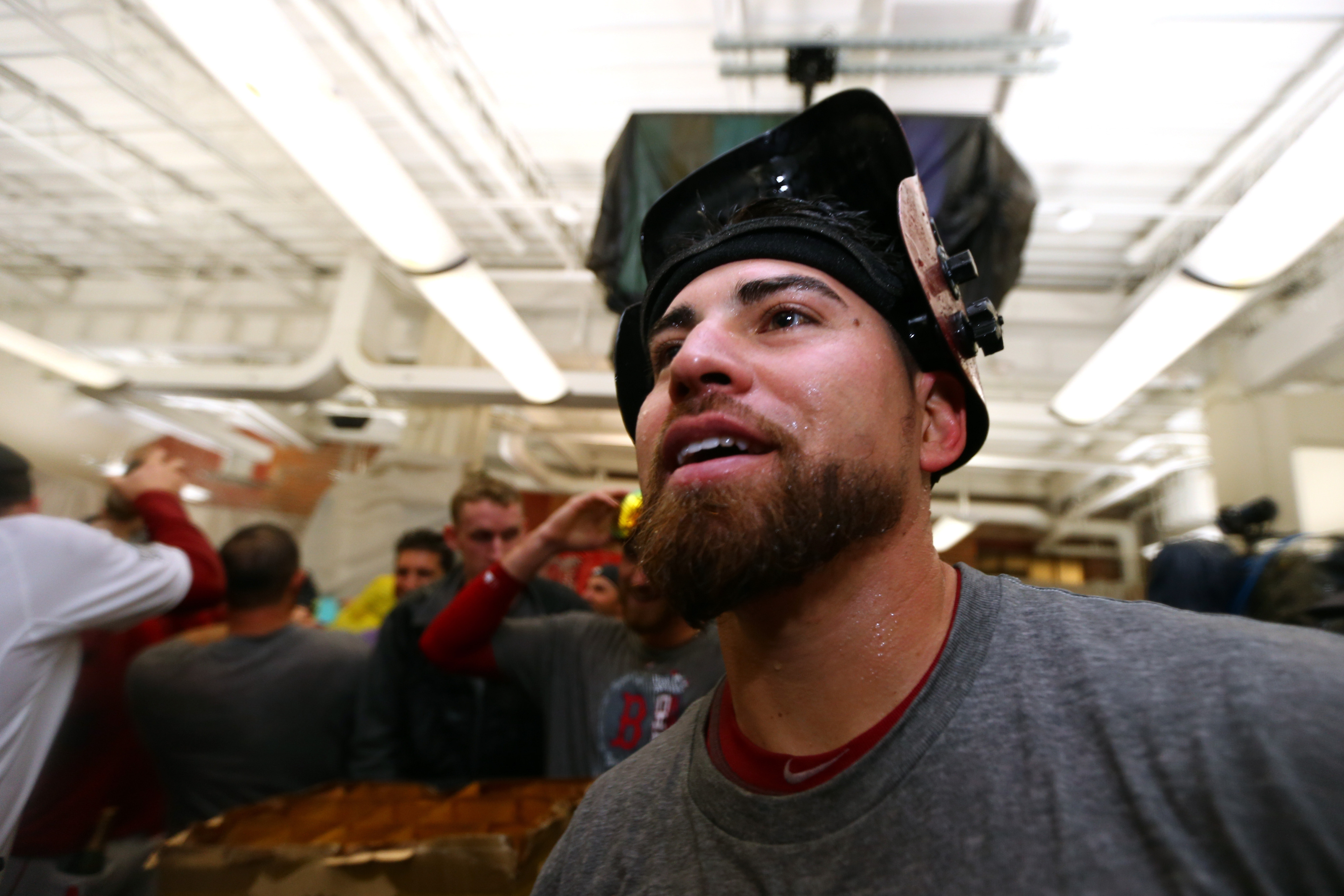 Of course, there was a lot more good in Ellsbury’s time in Boston than bad. This is highlighted by his 2011 campaign, when he was -- in this writer’s opinion -- robbed of the MVP award. He’s always been an immensely talented and well-rounded player, but this was the one season he finally put it all together, excelling in every area of the game. The leadoff man came to the plate 732 times that year, and hit .321/.376/.552 with 32 home runs, while also playing (probably) his best defense of his career to that point. According to Baseball-Reference, he was worth 8.1 wins above replacement in 2011, while Fangraphs put him at 9.1 WAR. He’s really been outstanding throughout his Red Sox career, with a .297/.350/.439 (108 OPS+) line in 715 regular season games, on top of a .301/.361/.414 line in 38 career postseason games. Ellsbury has always been a great basestealer, too, swiping 241 bags in 286 tries, an 84 percent success rate, and was 11-13 (85 percent) in the playoffs. He did all this while playing mostly tremendous defense in center field, something that he got better at pretty much every year he was here. When the Oregon State product first arrived in Boston, he relied on pure speed to play defense, as he didn’t possess the most polished instincts, and often took iffy routes to fly balls. He’s improved in those areas, though, and is now one of the premier defensive center fielders in all of baseball. 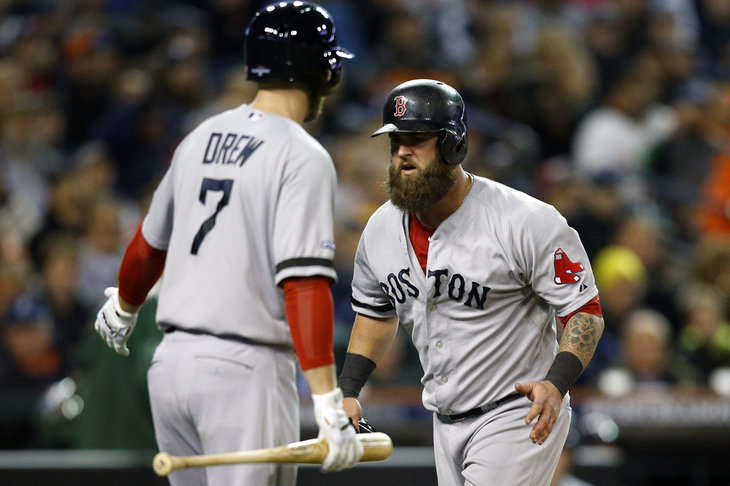 The Red Sox will make qualifying offers to both Mike Napoli and Stephen Drew, putting a draft pick price tag on them.

Now, his Red Sox career is likely coming to a close, and it’s happening in the same way it all got started. Unlike 2007, Ellsbury of course has spent the entire season in the majors, but the similarities are still there. Coming into 2007, everyone was excited by the potential of Jacoby Ellsbury, but nobody was totally sure on what they could expect from him. Coming into this 2013 season, the feelings surrounding Boston’s center fielder were very similar. In both seasons, he provided a big spark for a team that was statistically the best in the league for most of the season. And, of course, in both seasons he was a major part of a postseason run that ended in champagne showers in the clubhouse, and a parade through the streets of Boston.

It’s a fitting way for it all to end, just as it began. Entering the season as a virtual unknown, he'll end it riding a duckboat as one of the key contributors to get them there. Wednesday's Game 6 clincher was indescribably exciting, and it was tough not to get caught up in that moment. I hope, though, that you took the time to appreciate Jacoby Ellsbury -- who went 2-4 with a walk in the deciding game -- during this amazing run. He helped bring two world championships to this city, at the bookends of his time here, and was one of the most dynamic baseball players this city has seen in between. It was a career gone full-circle, and if he does wind up signing elsewhere, Jacoby Ellsbury’s time in Boston won’t be soon forgotten.