While Jake Peavy might have seemed like overkill to some, the series-clinching game reminded us all why his acquisition was key.

Even without Clay Buchholz healthy, the Red Sox had a full rotation thanks to their prospect depth this summer. With Buchholz set to return at the start of September, to some more skeptical elements it seemed like acquiring a starting pitcher was something that would help the Sox out for a limited time, given that they could have just continued to lean on Brandon Workman for another month before pushing him from the rotation. Acquiring a pitcher would mean losing Workman as a starter as well as eventually removing another starter from the mix in an organization flush with options.

While that wasn't necessarily a negative -- Ryan Dempster was in need of some time off to right himself, as he had been dealing with a groin injury on-and-off nearly all season -- the fact the Red Sox would have to pay for what might just be a temporary upgrade wasn't an attractive proposition to some. The Sox went out and picked up not just a couple of months of a pitcher before the deadline, though, but that plus another year in Jake Peavy, and did so at a price that seemed like a steal. 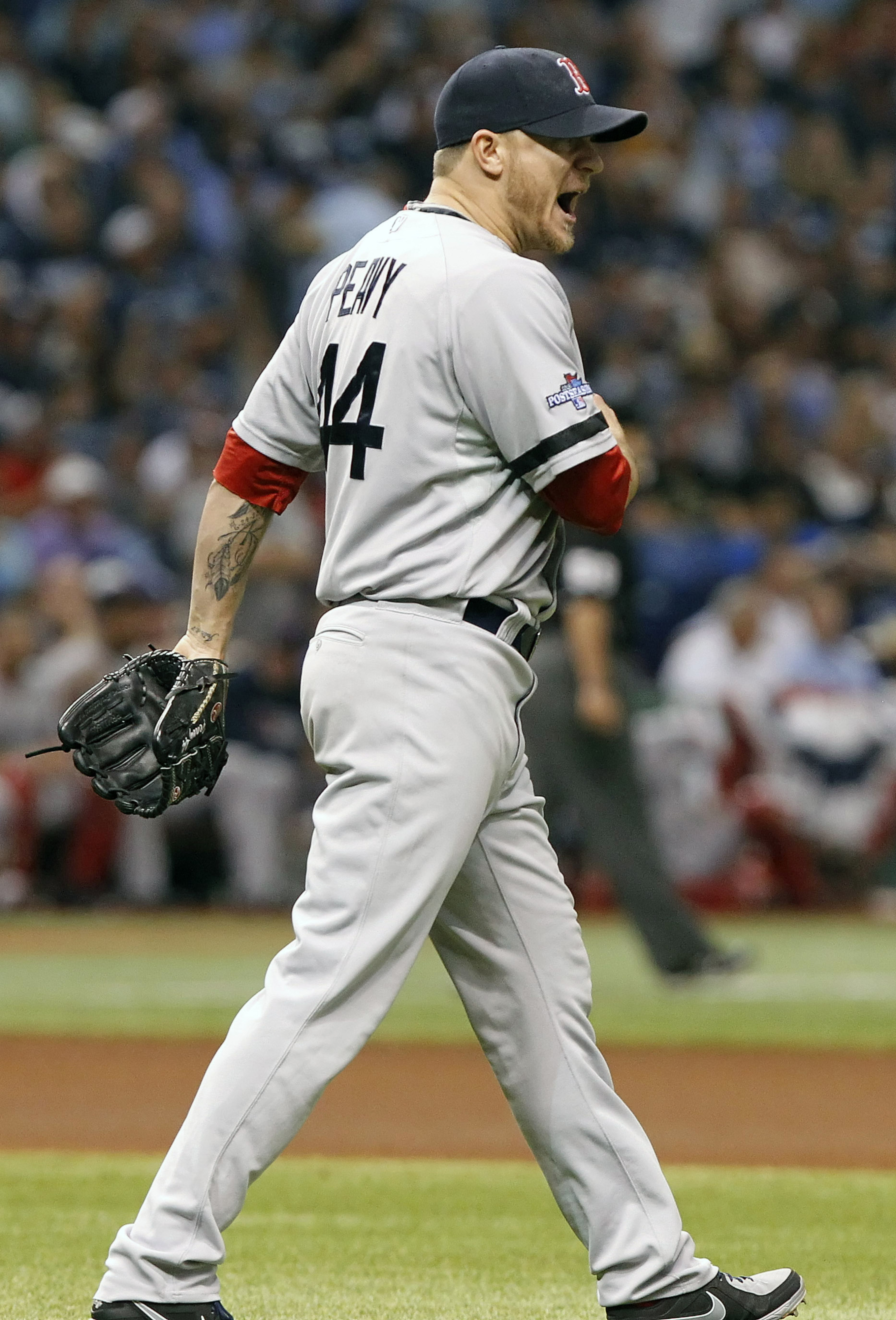 We were reminded of why Jose Iglesias wasn't a hefty cost for Peavy on Tuesday against the Rays, in a game which the Red Sox, while not needing to win mathematically, needed to win to keep the series from going to a do-or-die fifth game where David Price would return to the mound. Just because the Red Sox beat him in Game 2 doesn't mean you want to tempt fate twice with a pitcher who is a year removed from a Cy Young award, so it was Peavy's job to lock things down for the Red Sox. It was Peavy in this situation, rather than Felix Doubront -- who didn't take the mound at all in the ALDS and scuffled down the stretch -- or Ryan Dempster, who should be a valuable relief arm in the playoffs, and that was by design. As talented as Jon Lester, John Lackey, and Clay Buchholz are as a trio, the playoff rotation is that much more potent with someone of Peavy's quality holding up the rear. That's not meant to be a knock on Dempster or Doubront, either: Peavy is capable of being just that great when he's on.

Through three innings, Peavy faced just 11 batters. Through five frames, he had still only allowed the two baserunners, neither of which scored. He gave up a run in the sixth and was removed after just 74 pitches, but it wasn't through any fault of his own: it's the playoffs, and managers are sometimes going to have a short hook in order to play match-ups, in this case, southpaw Craig Breslow against lefty-hitting James Loney. Before he was pulled, however, Peavy was able to do what opposing moundsman Jeremy Hellickson could not, and that's give the Red Sox high-quality innings -- down 1-0 after 5-2/3, and without putting Breslow in a situation with an abundance of inherited runners, isn't best-case scenario, but it's still pretty great. 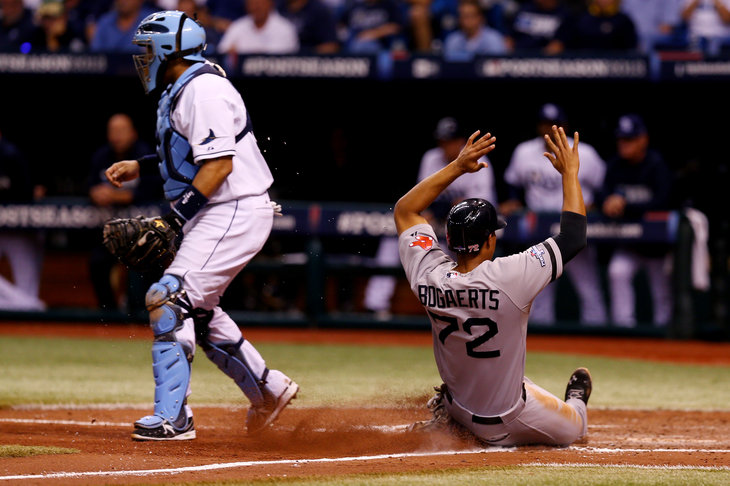 Look no further than Rays' manager Joe Maddon eventually running out of pitchers to use -- not just good pitchers, but any pitchers -- before Tuesday's game concluded. He was put in a situation where Fernando Rodney, who was not good on full rest on Monday night, had to come in again, and gave up another run to give the Sox some breathing room. That's all because Hellickson started and couldn't get out of the second inning -- on the other side, Peavy stepped up and delivered 5-2/3 nearly flawless frames, leading to what the Sox want to be able to see in as many playoff games as possible: Craig Breslow to Junichi Tazawa to closer Koji Uehara. That's your formula for high fives right there.

Peavy's presence means the Red Sox don't need to try things like push Jon Lester to pitch on three days rest, or rely on Dempster or Doubront to start. Instead, Lester can always go on full rest, and those two can be in the bullpen in case of emergency, or, against a tough righty or lefty, respectively, when the key trio in the pen needs a breather. This is why the Red Sox acquired Jake Peavy, and gave up an admittedly talented shortstop to do it: he makes the Red Sox better now, and he has the potential to make them better in the future, and he's the most significant reason from a game full of them that Boston is moving on to the ALCS as of Tuesday.