For Red Sox fans, the worst is past

The 2013 Red Sox still need eight more wins if they want to bring the World Series back to Boston, so why was defeating the Rays so important for their story?

Share All sharing options for: For Red Sox fans, the worst is past

It's an odd thing to say, but I believe that, for Red Sox fans, the tensest moments of the postseason are over.

Generally speaking, the tension is supposed to increase as October progresses and the stakes get higher. Teams are always playing for their season at this point, but in the ALDS you're playing for an ALCS berth, in the ALCS the World Series is just over the hill, and once you actually get to that greatest of stages, nobody needs to be reminded of what's on the line.

As sports fans, we measure our enjoyment in terms of stories as much as anything else. We don't just talk about winning the World Series in 2004 and 2007, but about coming back from 0-3 and 1-3 in the respective Championship Series. 2010 is seen as an enjoyable-if-disappointing year because, while we don't have any playoff stories from that year, we do have Adrian Beltre's head rubs and one-knee homers. Conversely, 2011 is so much worse because, even though they won one more game, they came up short in such horrific fashion.

2013 has certainly been more in the vein of 2010 than 2011, just with eight more wins. This group has been a joy to follow all season, to the point where almost nothing that happened in the postseason could tarnish the great regular season that led up to it. The one thing that could? A loss to the Tampa Bay Rays.

Don't get me wrong, nothing that happened in October could turn this bunch into the 2011 Red Sox. Even if the Rays had completed their comeback from down 2-0 in the series, looking back at the 2013 team would be a lot more positive experience than any other team since 2007. But that's an asterisk that's impossible not to think about. Beaten by the team that has frankly taken over for the struggling Yankees as Boston's chief rival (if only until the Yankees are back in form), led by the thoroughly annoying Joe Maddon and filled with some of baseball's worst human beings. 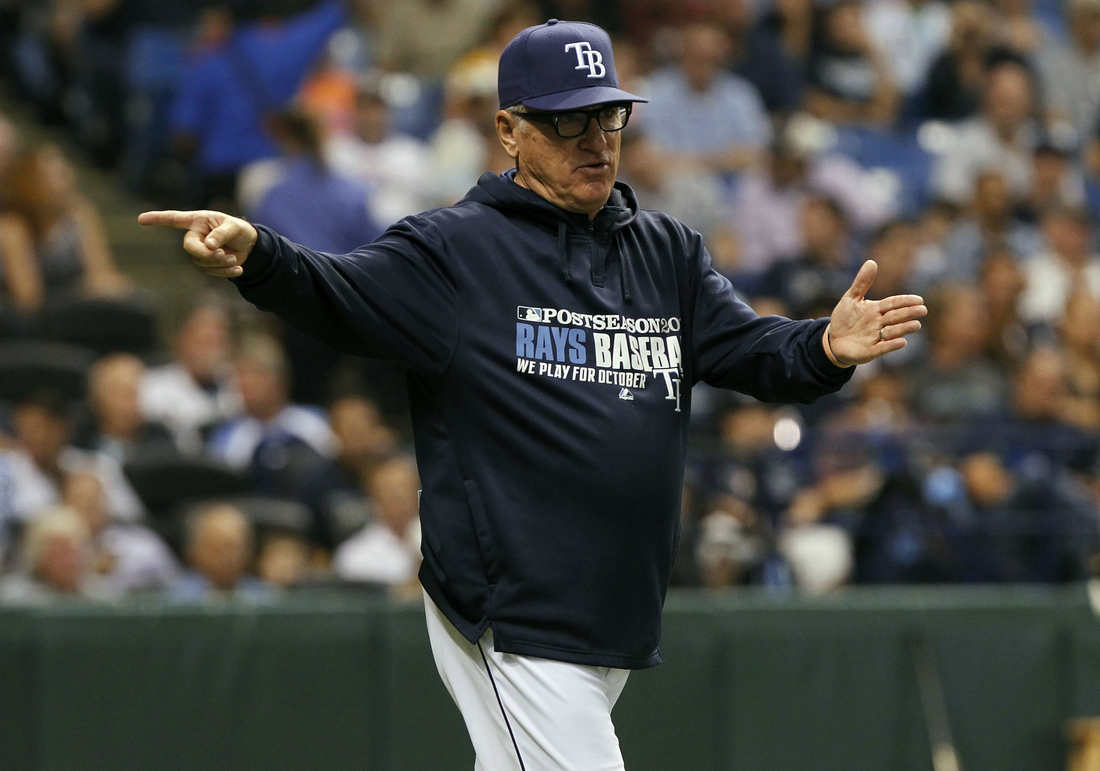 No, there would be no way to completely ignore that no matter how far in the past we left this season, particularly if it came from a 2-0 series lead. Which is why I'm so very glad that the Red Sox finished the job last night, and are not headed back to Fenway for a decisive Game 5 against David Price.

"But wait," you might say, "what about the Dodgers? Aren't they even worse given what happened in 2011?!"

Yes, our own Brendan O'Toole ranked the Dodgers as the most annoying possible opponent in terms of narrative, coming in at 5-out-of-5 Dan Shaughnessys. The Rays only got a 3/5! But that's just what the media will do with it. As far as the actual annoyance? If anyone, it's the Dodgers who should really be the ones worried. 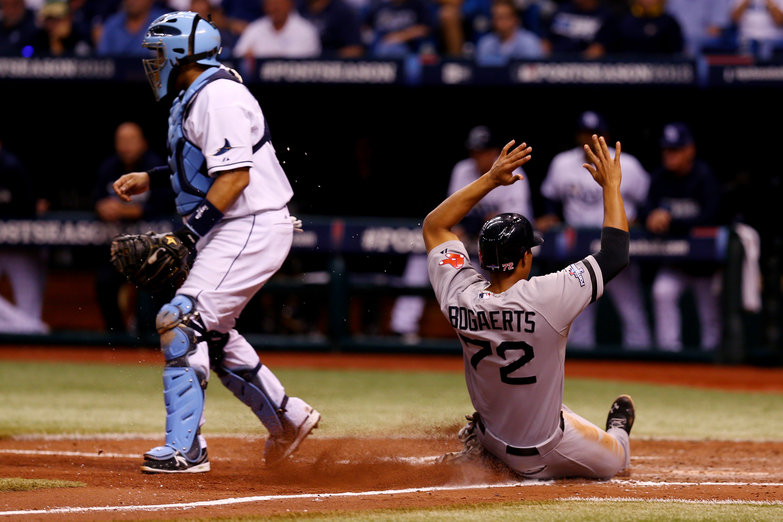 And who do we have to thank for delivering us from the Rays?

After all, there's no one saying that the Red Sox would be where they are today without the trade that unloaded Adrian Gonzalez, Carl Crawford, and Josh Beckett on Los Angeles. The Dodgers, on the other hand, could almost certainly have found a way to get to the playoffs without Gonzalez, Crawford, and Beckett contributing less than 6 WAR for more than $50 million. It would be losing to the team that you bought out last year that would be more irksome than anything else in this scenario.

And, really, that's what makes the difference. With the Rays it's a team-wide phenomenon--even Bicep Kissin' Chris Archer and nerd-hating David Price manage to inspire hate. It really isn't something we usually see outside of the Yankees. With the Dodgers, sure, Crawford has three postseason homers already if he hit a few big ones against us in a hypothetical World Series loss it would sting. But the Dodgers aren't Crawford. They're not even Crawford and Gonzalez any more than the 2010 Giants were Cody Ross. The Dodgers are Hanley and Puig and Kershaw. And losing to that trio? No worse than losing to anyone else, non-Rays division.

Of course, there's always the option to just give losing a miss entirely. Hard to make a bad story out of that.