Both managers have made their share of mistakes in this series, but the one who manages Game Four the best can wipe the slate clean.

With an improbable walk-off victory in Game 3, the Rays have once again escaped elimination and forced a Game Four in Tampa Bay. While the Red Sox still have a very clear advantage in this game thanks to the match up of Jake Peavy against Jeremy Hellickson,  this one is almost as vital for Boston as it is for the Rays. The Red Sox will have home-field advantage if a Game 5 should be needed, but they will also have face David Price again. They may have touched up the former Cy Young winner for seven runs in Game 2, but counting on getting that kind of offence against the Rays ace is probably a mistake. With so much at stake for both clubs, the decisions Joe Maddon and John Farrell make here take on added significance.

As Rob Neyer discussed earlier in the week, Joe Maddon drew heat for his decision to go with Delmon Young in Game 2, a move that was fairly unjustifiable. Maddon also left a struggling David Price in  to start the eighth inning despite the lefty having allowed six runs in seven innings and having thrown 100 pitches. That gave David Ortiz the chance to further frustrate Price and needless extended an outing where he lacked his best stuff, a factor that could weigh heavily on a potential Game Five. The fact that the Rays won Game Three probably saved Maddon from even more criticism for his decision to sacrifice the DH and use up his bench in the eighth inning of a tie game.

Farrell has made fewer truly puzzling moves in the series, but he has raised eyebrows at several points. His decision to leave Clay Buchholz in for the sixth was surprising and even though it worked out well, after a terrible fifth inning, it was a fairly risky move. Farrell followed his late-season script by pinch-running Quintin Berry for David Ortiz and while that move may be seen as justifiable (especially after Berry stole second to put himself in scoring position) it did prevent Ortiz from facing Fernando Rodney in a key spot, a match-up that would have strongly favored the Red Sox. Not pinch-hitting for lefty Steven Drew with lefty-specialist Jake McGee on the hill just two batters later is basically unjustifiable in every way, however, as Ben pointed out. Hindsight will cause some to question Farrell's call to put Koji Uehara in for the ninth with the game tied, but putting your best pitcher on the mound is far better than saving him for an opportunity that is probably not coming. 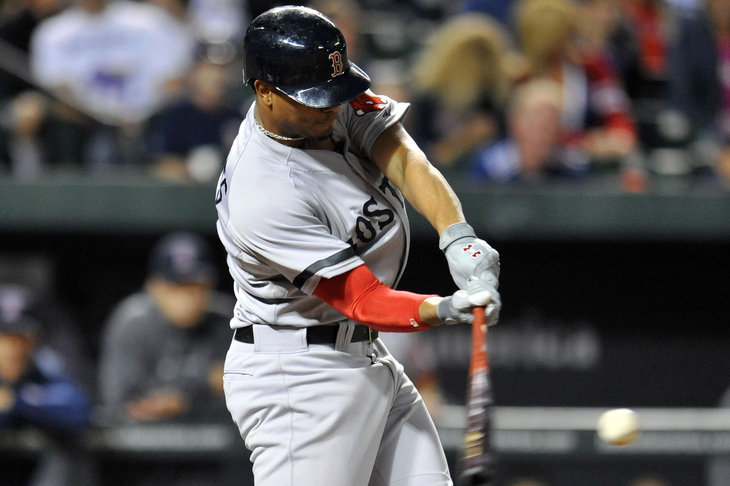 It's tough to criticize a manager who has led such an amazing turnaround, but last night, his unwillingness to turn to his rookie shortstop proved to be costly.

Both managers have made mistakes, but they have also put their teams in a good position much of the time. Both should be fairly aggressive in trying to do that in this game, given the stakes. That in itself, could be a problem. As Maddon might have illustrated if Game 3 had gone into extra innings, managing too much can backfire just as easily as not exploiting the platoon advantage or being too slow with the hook. With both bullpens having seen a good deal of work in the past four days, getting the most out their starters without pushing too far and finding the right time to play the match-ups will be essential for both sides.

For the Rays, this will be their fourth elimination game of the week and they have no margin for error. The Red Sox don't have their back against the wall just yet, but they would love to avoid giving Price a chance to redeem himself this post-season. Joe Maddon will use everything at his disposal to try to win here and stay alive. John Farrell needs to manage with similar urgency without falling into the type of recklessness that could have exposed the Rays in an extended game on Monday.