It's tough to criticize a manager who has led such an amazing turnaround, but last night, his unwillingness to turn to his rookie shortstop proved to be costly.

Share All sharing options for: Red Sox playoffs: Xander Bogaerts is being wasted

The MLB playoffs can be a fickle thing. The Red Sox had won their first two games at home, in convincing fashion, and were flying high upon arrival in Tampa for Game 3. They were sending out their ace, and had every reason to believe they were going to finish off the sweep and head to the ALCS. Then, Monday night's crazy game happened, and here we are, preparing for Game 4, with Jake Peavy matching up against Jeremy Hellickson. In the wake of last night's loss, the radio airwaves and blogosphere across the interwebs are filled with second-guessing all of John Farrell's decisions last night. And it's true; it was not his finest game managing. For me, though, there is one move that stands out as a poor, costly mistake.

It's not pitching to Evan Longoria. In the fifth inning, and Clay Buchholz on the mound, I'm fine with not putting the tying run on base without any bit of a challenge. It's not bringing in Koji Uehara into a tied game in the ninth. I can't even believe this is a question. At this point, Breslow, Tazawa, Morales and Workman had already been used. Even if they hadn't, this is about as high-leverage as it's going to get -- you have to go with your best guy. Jose Lobaton took a good pitch down in the zone and knocked it out of the park. It sucks, but it happens. That's no reason to knock Farrell for bringing in his closer. Even pinch-running for Ortiz was fine with me. It was aggressive, but Quintin Berry is on this roster solely because his speed can be a huge asset late in games, and this isn't the 2012 Red Sox -- Mike Carp is on the bench to keep Berry from ever having to hit post-pinch-run. That's the exact spot both of these players are here for. However, later in that eighth inning is when Farrell made his actual mistake.

At this point, it's clear that Farrell is going to be loyal to his veterans, sometimes to a fault. This was the biggest situation of the game, with runners at first and second and two outs. Jake McGee was throwing gas with his left hand all inning. And yet, Stephen Drew was still walking up to the plate. By now, I think we all know how much he struggles against lefties. Just in case, though, here are his splits. This season, he's hit .196/.246/.340 against southpaws, while his line is .235/.291/.390 for his career. These splits aren't just a hindrance, they indicate a clear weakness. Luckily, the Red Sox have one of the best prospects in the world, who happens to be a right-handed shortstop who has shown the ability to hit both left-handed and right-handed pitching throughout his professional baseball career. And yet, he watched from the bench.

The worst part of this move was the context of it. By putting Berry on the basepaths while removing David Ortiz's bat from the lineup, John Farrell was saying that the eighth inning was the time he was going for it, determined to take the lead and lean on his stud closer to close out the game and the series. It was an aggressive move, but one that was used at the right time. However, he completely backed up on his aggressiveness by allowing Drew to hit against the hard-throwing lefty. (And Saltalamacchia, for that matter.) If you've watched Breaking Bad, you know the dangers of half-measures. That inning is just one big half-measure. On the one hand, Farrell was going for broke, taking his best bat out of the lineup in order to give him the best chance to score that inning. On the other hand, he left his stud rookie on the bench to show some faith to his veteran shortstop who struggles in that situation. 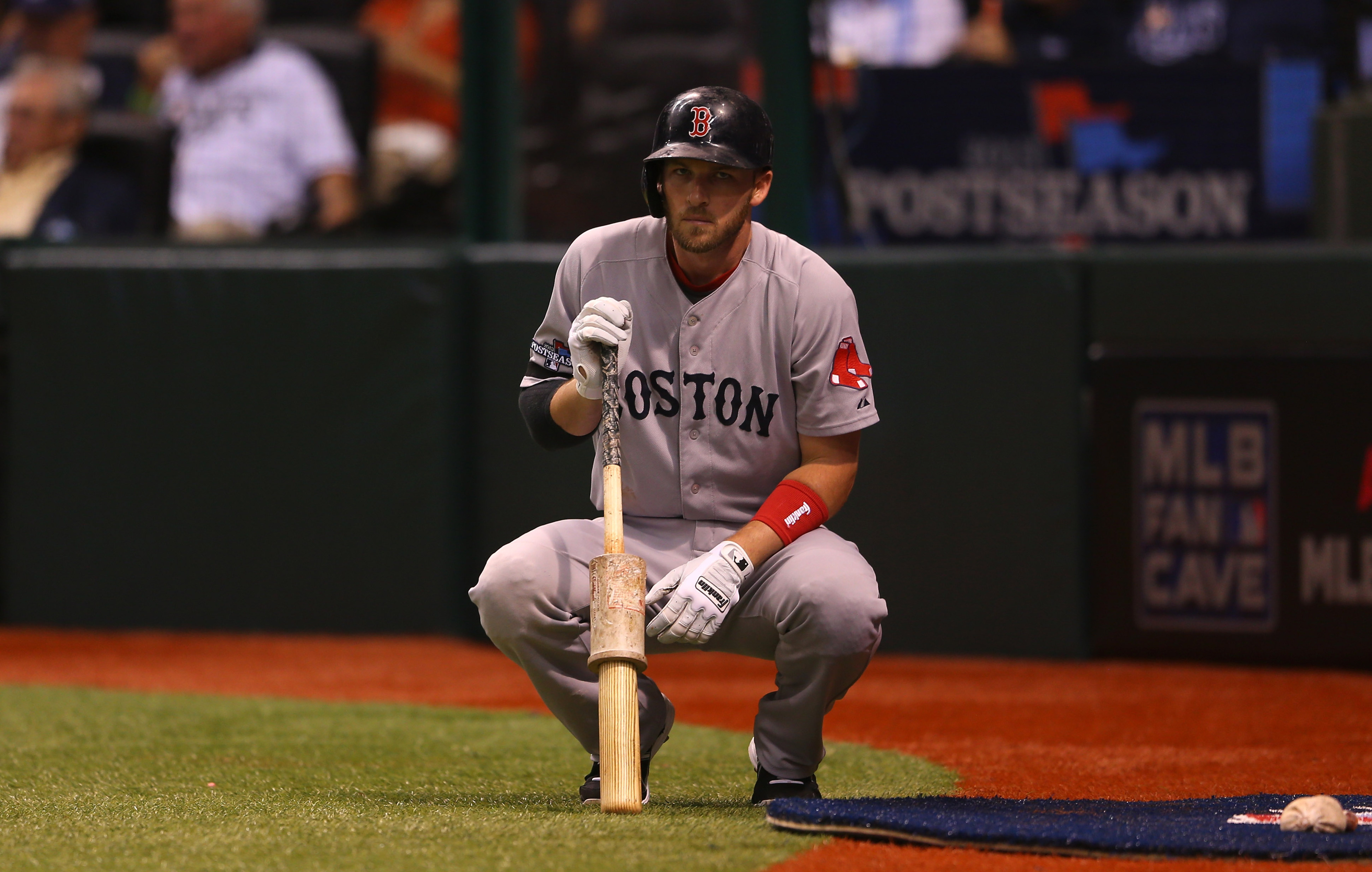 There are a few arguments I've heard against bringing in Bogaerts. The first one is that you can't bring in a rookie completely cold in that spot. That's just crazy. If you're not willing to bring him in as a pinch-hitter in that spot, why in the world is he on the roster? If he's just here as an emergency in case of injury, then put John McDonald on the roster. At least he's a stud defender who can come in late in games. I've never understood the whole "playoff experience" argument, to be honest. How is he getting that experience sitting on the bench? The next time he gets here, we'll look at his stats and see he never got a plate appearance. At that point, we'll hear about his lack of experience again. Eventually, someone has to go up without any experience.

Red Sox playoffs: Sox lose, but are still in control 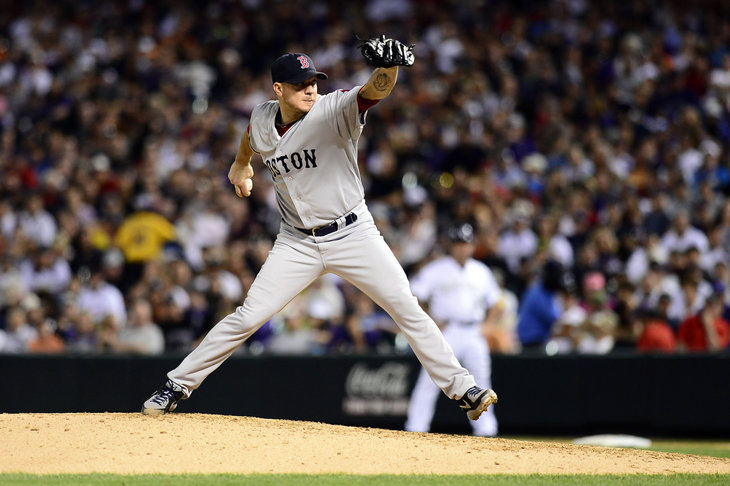 Losing isn't a good thing, but the Red Sox haven't been derailed by any means.

The other argument is that Joe Maddon would have made a pitching change anyways, so the platoon advantage would have disappeared. That is most likely true. Still, though, what situation would you rather be in? Stephen Drew batting against Jake McGee, who was throwing gas, or Xander Bogaerts against Jamey Wright, who has already been hit this series? The answer there is still Bogaerts, who can hit both handed pitchers. Simply put, Bogaerts against a righty is a more appealing option than Drew against a lefty, especially in an inning that Farrell has already declared a must-score situation.

John Farrell is probably going to win the Manager of the Year. Even though that's mostly a meaningless award, it's not undeserved. The guy knows how to manage this team better than any of us. That doesn't mean he can't be criticized, though. Bogaerts needs to hit against lefties in the playoffs, when every game is must-win. I understand being loyal to Drew, who has been great this year. There's a difference between loyalty and over-reliance, though, and Farrell is toeing that line. The Red Sox are still in command of this series, and possess a slight pitching edge heading into Game 4. If everything goes correctly, Game 3 will just be one dark spot in an otherwise bright series, and the Red Sox will hopefully be getting ready for the ALCS soon. Part of baseball, though, is learning from your mistakes. Hopefully John Farrell will take that to heart, and Stephen Drew won't see high-leverage situations against left-handed pitching anymore.