Red Sox playoffs: Sox lose, but are still in control

Losing isn't a good thing, but the Red Sox haven't been derailed by any means.

Share All sharing options for: Red Sox playoffs: Sox lose, but are still in control

There is little more deflating to a fan base than a walkoff loss. A walkoff loss that comes in a potential clinching game is just an added level of sting, and now, the morning after, Red Sox fans are dealing with that uncomfortable situation. The Rays, who could have been eliminated in a sweep with noted Rays-killer Clay Buchholz on the mound, instead get a second shot at life and a Game 4 on Tuesday.

The thing is, though, that the Red Sox are still in a position to end this thing with one game. You might even be able to argue that they're in a better position to win on Tuesday than they were on Monday. Yes, Clay Buchholz has been amazing this year, and was on his game Monday at the Trop, but he was also facing off against Alex Cobb, a right-hander whom we should all get used to seeing thrive in moments like Monday, where he kept the Rays more than in the game against an offense that had dismantled two pitchers with much more national love attached to them. Rays fan and Baseball Prospectus contributor R.J. Anderson has referred to Cobb as the new James Shields for the Rays -- the guy who constantly puts in the work, has the big moments, but is overshadowed despite his greatness by flashier teammates. Nothing we've seen from Cobb this season and postseason disputes that notion.

There is no more Cobb left, though, not in this series. The Rays are turning to Jeremy Hellickson, who struggled mightily in 2013 and especially so during the season's final months, to keep their season alive. Hellickson posted a 5.17 ERA and ERA+ of 74 that was so poor it knocked his career ERA+ from a well above-average 125 to a just barely above 103. He's certainly capable of throwing a quality game in spite of his season, but if he's off even a little, against the Red Sox offense, the results could be devastating for the Rays. They can turn to Chris Archer to come in and stop the bleeding if Hellickson opens any wounds, so it's not as if Hellickson is the Rays' last hope, but he's a much better target for Boston's bats than Cobb. 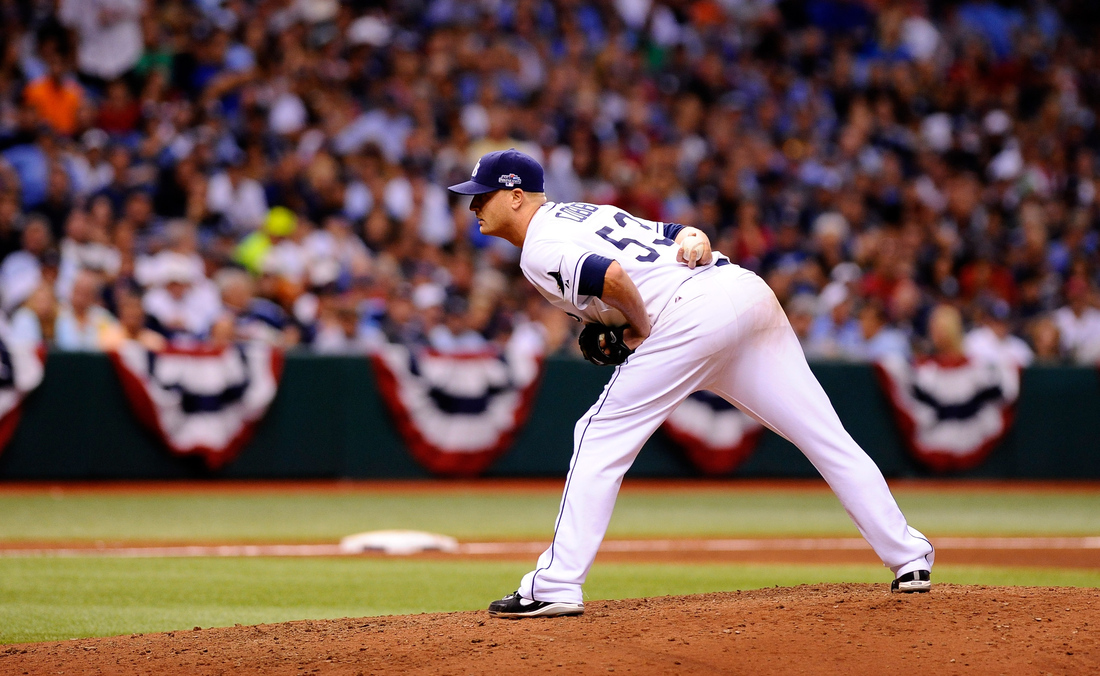 It's also not a game occurring after a day off, where the Rays' pen had a chance to rest. While Alex Torres and Joel Peralta are certainly available to pitch again, and can likely do so with success, Jake McGree threw 28 pitches on Monday, and Fernando Rodney is now down a day of rest with 19 pitches thrown -- not many of them good. He's occasionally a sketch proposition even when he's fully rested, so if the Sox have to face him again on Tuesday, they might have an even better chance of scoring off of him. 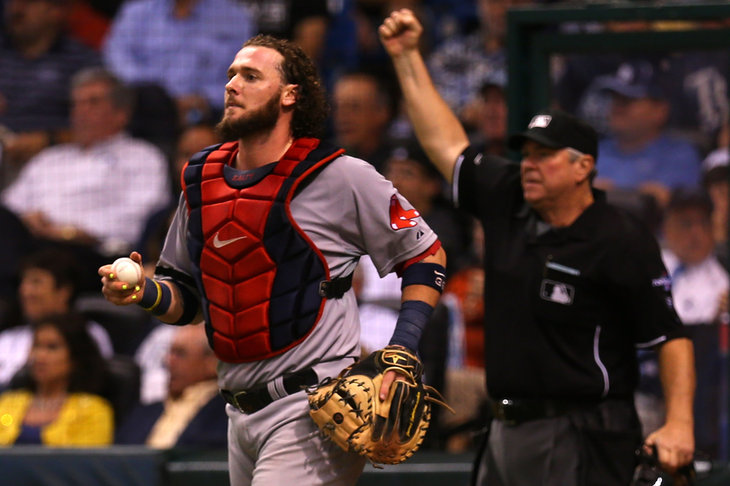 On the flip side of things, Boston didn't use up their pen much at all, despite tabbing five different relievers. Craig Breslow threw just three pitches, Junichi Tazawa and Franklin Morales both tossed 11, while Brandon Workman logged nine. Most importantly, closer Koji Uehara only threw five pitches before allowing the game-winning homer to Jose Lobaton. Listen, I know that giving up a homer to lose a game isn't ideal. But, if Koji was going to lose the game for the Red Sox, doing so on five pitches instead of at the end of his second inning of work is preferable when there's a rematch the next day. Five pitches for Koji keeps him in a position to throw two innings on Tuesday if necessary, and now that he's got what we'll call an inevitable homer out of his system -- even Mariano River blew saves, as Sox fans know better than anyone -- hopefully his next work will be more Koji-esque.

While the Sox won't have Buchholz on the mound to start the game, they're turning to July trade acquisition Jake Peavy to close out the series and send Boston to the ALCS. Peavy finished with a fairly average ERA thanks to a couple of poor starts, but when he's on his game, he's as good as basically anyone you can throw out there. He gives the Red Sox a chance to win, and the lineup should be in a better position to score runs than they were. A win is no sure thing -- when are they ever, against postseason competition? -- but Boston remains in a good place even after Monday's loss. That's about all fans can ask for following a walkoff loss in an elimination game.