With two ground ball-heavy starters on the mound in Tampa, the battle between defensive wizards Dustin Pedoria and Ben Zobrist could take center stage in Game 3 of the ALDS.

In Game 3 of the ALDS, both teams will send their most prolific ground-ball starters to the mound. Among starters with at least 100 ininnigs pitched Rays starter Alex Cobb’s 55.8 percent ground ball rate ranks 11th in baseball. Red Sox starter Clay Buchholz has not been nearly as ground-ball-centric as Cobb this season and his 47.7 ground ball percent this season is down from his early career rates which topped 50 percent, but he is still able to keep balls earthbound when he needs. With these two worm-burners on the mound, one of the most important match-ups of this game will be Dustin Pedroia vs Ben Zobrist as the two elite second basemen try to give their team an edge in the field.

Read More: Most valuable Red Sox, ALDS Game 2: Defense, offense, or everything in between?

Fans of great defense could hardly ask for a better game to watch. Dustin Pedroia is arguably the best defensive second baseman in the game right now. The Defensive Runs Saved system credits him with a league-leading 15 runs saved at the position this year. Total Zone also has him in first with 11 runs saved and Ultimate Zone Rating has him second to Darwin Barney of the Cubs. While no one else is quite Dustin Pedroia at second base, there isn’t much fall off for the Rays with Ben Zobrist manning the position. Zobrist ranked 7th in with seven runs saved and third in UZR with 10 runs saved (just one fewer than Pedroia). UZR actually had Zobrist saving more runs per chance than Pedroia, but he played the position less. Total Zone isn’t quite as impressed with him, crediting him with just two runs saved, but that is hardly a reason to doubt his ability to field at an elite level. 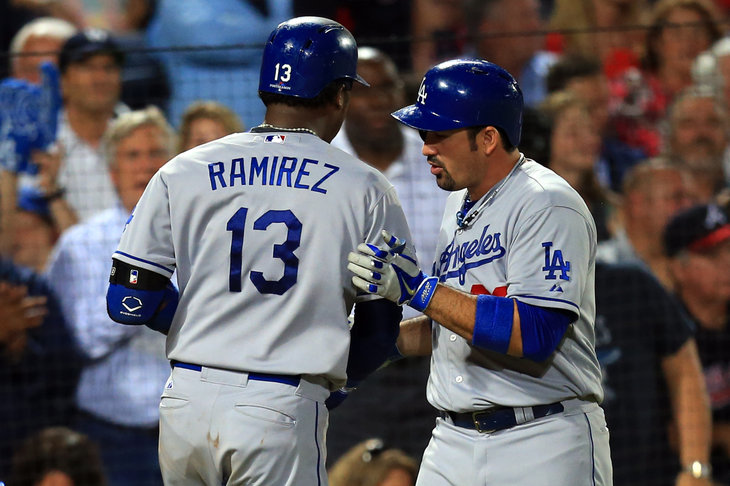 There's a lot of former Red Sox in the playoffs. We made a team of them.

Cobb is the first right-hander to start for Rays against the Red Sox, who hit righties 21 percent better than league-average in 2013. This should allow the Red Sox to feature extra left-handed bats and with Joe Maddon running the Rays, that will mean plenty of heavy shifts. Facing more lefties isn’t the only reason Zobrist will be at the center of the action in this match, however. Cobb’s ground ball abilities are actually most pronounced against righties, who hit 64 percent grounder against him this season. In the small sample we have from this season, Cobb was able to get some of the most dangerous righties in the to put the ball on the ground on the right field-side. Dustin Pedroia took the ball the other way six times in twelve at-bats against Cobb this season, grounding out three times. Shane Victorino ground out six times against Cobb and four were to the right. Mike Napoli also went the other way against Cobb (though he did not ground out in 9 at-bats)* With the slick-fielding Zobrist at second, Cobb is the best type of righty to match up against the righty-mashing Red Sox.

With Clay Buchholz on the mound, the Red Sox have an advantage against the heart of the Rays lineup; Evan Longoria, Ben Zobrist and Desmond Jennings have all struggled against him in the past. If that trend continues, getting lefties like Matt Joyce, James Loney and David DeJesus out will be the biggest challenge for Buchholz. Like Cobb, Buchholz’s ground-ball stuff was expressed more against righties this season, but he has a far-less dramatic split between the two sides in his career numbers. Getting the ball to head in Pedoria’s direction off of lefty bats could be a difference maker for Buchholz here if this game stays close.

In Game 2, Dustin Pedroia started two key double-plays to snuff out Tampa Bays rallies for Craig Brelow and Junichi Tazawa. With Cobb and Buchholz squaring off, plays like that could have an even bigger impact in Game 3.