The Rays are here to spoil Boston's party, and frankly, it's a much closer matchup than the 12-7 regular season record would suggest.

By virtue of victories in three straight win-or-go-home games, the Tampa Bay Rays have secured their spot opposite the Boston Red Sox in the American League Division Series. In just a few short hours, the teams will take the field to determine whether Boston's magical year can continue into the postseason, or if Tampa Bay can spoil the party with their imposing rotation and deceptively dangerous lineup.

While the Rays were the team that posed the greatest threat to Boston's lead in the standing for much of the season--even playing leapfrog with them in the dog days of summer--they haven't been quite so dangerous when actually facing them on the diamond. In 19 games against their division rivals, the Red Sox came away with a 12-7 record. It's not quite the 6-1 they managed against the Indians--you had one job, Cleveland!--but it certainly shows the Sox had the upper hand.

Digging a little deeper, though, that gap can seem to shrink a bit.

That 12-7 record is born of a run differential of 71-57. Compare that to the 120-85 differential that led to a 13-6 mark over the Yankees, or even the 92-71 differential that produced 11-8 against the Blue Jays, and you can start to see that a run differential of 14 runs is a little small. The Red Sox certainly beat the Rays, but they rarely did so convincingly. Victories of 5-0, 5-1 (winning pitcher: Aceves!), and 9-2 are by far the most lopsided results. Six times these two sides ended within a run of one another, and three times they needed extra innings, with only one game of overlap there. Add in three more two-run games, and you're starting to get the idea. This matchup is a lot closer than 12-7 makes it look.

In fact--and this is kind of crazy--the Red Sox hit just .208/.280/.333 against the Tampa Bay Rays this year. The Rays, in return, hit .232/.312/.364 against Boston. This might be the sort of thing you'd expect to see if one team had a particularly strong bullpen and could shut down dangerous situations on a moment's notice, but that hasn't exactly been true of Boston outside of Koji Uehara this year.

This is no ordinary series, though. The Red Sox will not be offering up Ryan Dempster any more readily than the Rays will Roberto Hernandez. Alfredo Aceves will play no part. This is going to be Lester, Lackey, Buchholz, and Peavy against Price, Cobb, Moore, and Archer, if not in that order for the Rays. There will be no experimenting with rookies or days off. It will be the best each team has to offer for any given situation.

And given that we come down to the bare bones: this is two great rotations, a couple of mixed-bag bullpens, one elite defense and one good one, and one elite offense and one theoretically good one. 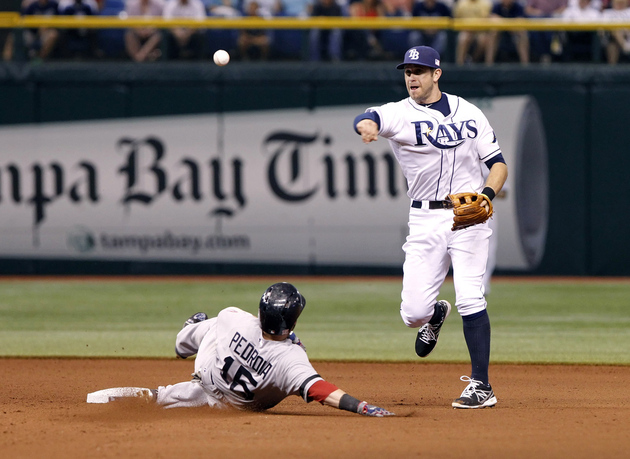 In terms of the starting rotation, the Rays have the flashier players. David Price is a Cy Young winner, and Alex Cobb doesn't look to be too far away from winning one either. Matt Moore has seen results, if his methods are questionable (a 4.55 BB/9 is usually not terribly tenable in the AL East), and Chris Archer is an impressive young arm who really just needs to get the whole bicep kissing thing under control. The Red Sox respond with solid, solid, and solid in Jon Lester, John Lackey, and Jake Peavy, and finish off with perhaps the most dangerous arm of the entire matchup in Clay Buchholz, if he's feeling up to being the guy we saw in the first half.

The opposition they'll face seems, on the surface, to be much more lopsided. 153 runs lopsided, for that matter, even with Tampa getting in an extra game. But there's something to be said for Tampa underperforming their actual quality. Their 700 runs scored is in the bottom half of the American League, but their 108 wRC+ places them fifth in baseball, if still well short of Boston's MLB-best 115. If you're looking for a reason for that disparity between results and quality, it might be found in how quickly the lineup drops off after the reliable trio of Myers, Longoria, and Zobrist. Yes, Delmon Young and James Loney have produced for them. But that's not who you want to depend on to bring in runs.

They are, however, who you want preventing them, and that's what they've done all year. Tampa Bay's defense is once again frustrating to face, if not quite so frustrating as in years past. They're well-positioned and fast, leading to those awful games where their opponents seem to tattoo the ball and walk away with nothing inning after inning. The good news for Boston is that they've provided plenty of that frustration themselves, with the only real deficiencies coming behind the plate and down the left side, depending on who's in the game and whether the Green Monster is around. 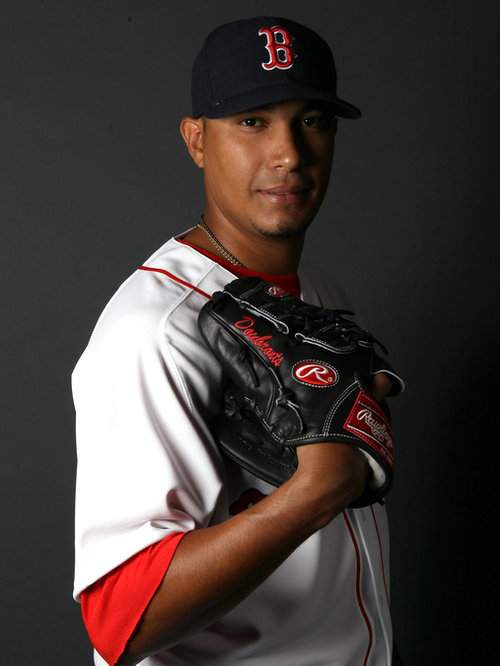 Neither bullpen is hugely impressive. The Red Sox will feel a lot more secure in the ninth with Koji on the mound than the Rays will with Rodney, but they have to get him the ball first. Junichi Tazawa will have to step up to help out Craig Breslow, though the Rays are one consonant away (hint: it's a J) from being really threatening there. In fact, Tazawa has held the Rays to a .494 OPS in 35 PA in 2013. If he can continue to keep them quiet, it might be that extra push needed to make the bullpen as reliable as the other aspects of the team.

What this series really seems likely to come down to, though, is whether or not Boston can continue to hit as they have all year. Jacoby Ellsbury seems healthy enough, Shane Victorino is as tough as ever, Dustin Pedroia turned it on late, David Ortiz kept his renaissance going, and Mike Napoli had as good a September as ever. Add in productive years from Stephen Drew and Jarrod Saltalamacchia, as well as a left field semi-platoon from Daniel Nava and Jonny Gomes that's produced more than any American League left fielder outside of Mike Trout, and you've got one dangerous bunch of players. The starting lineup is better than any other at wearing down pitchers, and just when Joe Maddon thought he could play matchups, they've got Mike Carp, Xander Bogaerts, and the other half of the Nava/Gomes platoon off the bench.

Maybe Will Middlebrooks even starts hitting again. Who knows?

Whatever happens here, it's been a magical ride from Opening Day all the way through to Game One of the ALDS. Hopefully it's not ready to end just yet.