If baseball was as perfect as Walter White's methamphetamine, every starter would play 1,458 innings per season, starting pitchers would pitch roughly 290 innings during the course of a season, no bullpen would be needed, and at least one team would finish 162-0.

But, as we know, baseball isn't perfect. Far from it, actually.

Neither is Over the Monster's team MVP debate. No, no, I'm not saying the content isn't perfect. It's that there is no clear-cut winner in Boston, whereas across the majors a given team's MVP is easily distinguishable. It's not black and white with the Red Sox. It's not cut-and-dried. It's not... you get the point. That's why we're even having this debate in the first place (or, at least, that's what I've been told by our lovely managers). Each writer before me has made valid points as to why his player should take home honors as Boston's most valuable player.

None of those players, however, had a regular season quite like Koji Uehara, who showed us it's not entirely impossible to sustain some perfection in what can be considered the most unpredictable sport in the universe.

Perfection can stem from various parts of a player's game. Statistically, of course, Uehara wasn't perfect, but he was pretty darn close to it. His 1.09 ERA, 2.08 xFIP, 0.57 WHIP, 1.09 BB/9, 91.7 strand rate, 101 strikeouts and -- needless to say -- 21 saves were top among those Red Sox relievers with at least 20 innings pitched. His 3.3 fWAR, a stat that isn't the most favorable to relievers, was the second best among the team's pitchers. League wide? He led the way among qualified relievers in WHIP, ERA and K/BB (11.2) while placing in the top five in xFIP, BB/9 and strikeouts.

Uehara's perfection, and thus his value, stemmed from something more, though. More than those gaudy statistics he managed to put up this season. More than his streak of 37 straight batters retired. His perfection derived from his season-saving move to the closer role and the intangibles that he imparted on a team that was in need of character after the nightmare season of 2012.

It's hard to say what Joel Hanrahan and/or Andrew Bailey would have accomplish during said span had it not been for their season-ending injuries (it's baseball, right?). Judging by how they performed prior to injury, though, the likelihood of mirroring Uehara's effectiveness was slim to none. Hanrahan pitched to a 9.82 ERA with six walks in 7-1/3 innings, while Bailey fared better with a 3.77 ERA and 12 walks in 28-2/3 innings. 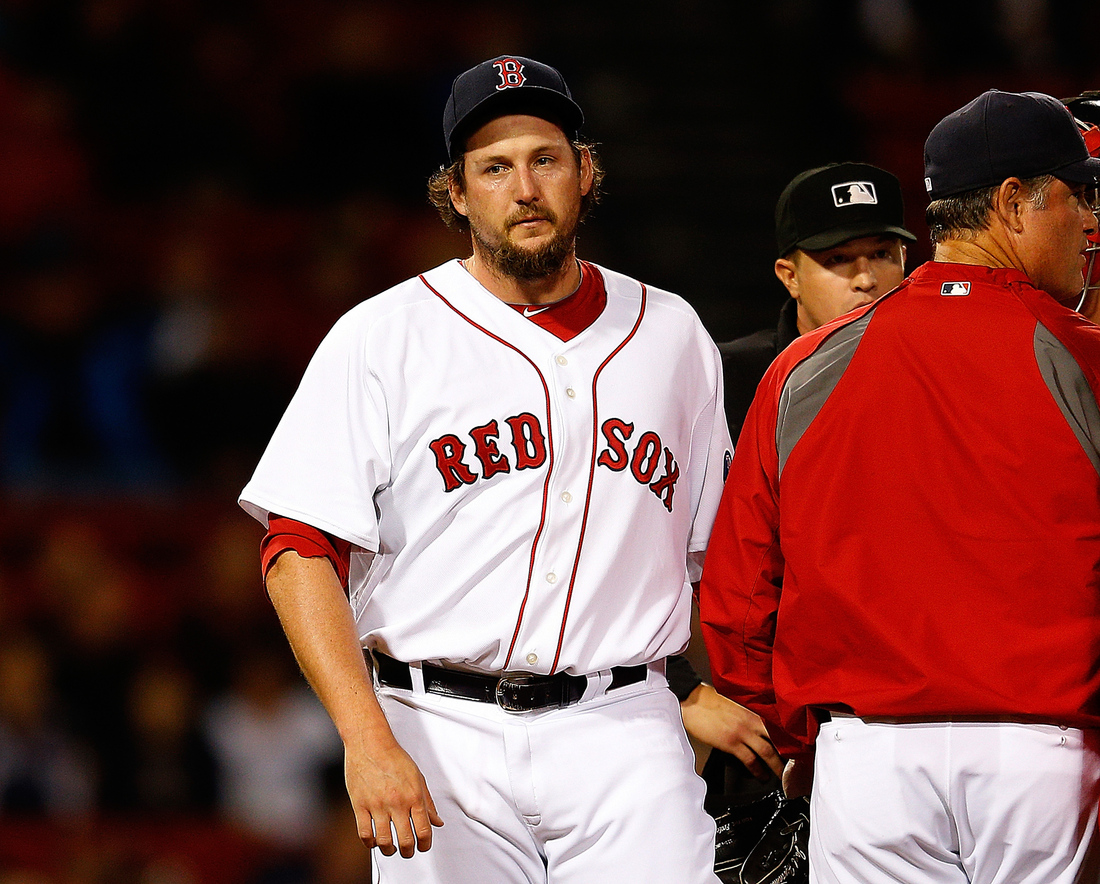 However, it's not hard to save Uehara saved the bullpen from near self destruction. With 48 saves under his belt prior to this season (15 in the majors, 33 in Japan), Uehara filled in nicely for two all-star closers who weren't able to last more than 30 games, and stabilized the bullpen from June on. Junichi Tazawa and Craig Breslow became viable setup options -- after the former was a shell of himself during his audition to replace Bailey and Hanrahan as Boston's closer -- a direct effect of Uehara's dominance.

Had Uehara failed, the bullpen layout certainly would've been up in the air. Tazawa and Breslow would've been Boston's first two options to close, since Andrew Miller, who was considered a potential replacement for Bailey and Hanarahan before Uehara, succumbed to a season-ending foot injury.

Tazawa, as previously mentioned, had his chance at securing the closer position, but his propensity to surrender the long ball (1.2 HR/9, second worst on the club) got the best of him, as he allowed five home runs in save situations -- nine for the season.

Breslow's a guy with some closer experience (six career saves), and he's been very reliable over the last two season, but if he moved to the closer spot Boston, at the time, wouldn't have had a reliable left-hander available out of the bullpen. Andrew Miller was out for the year. Franklin Morales was on the disabled list. Felix Doubront was showing some life as a back-end starter, and Drake Britton was in Triple-A. The most likely scenario would've been Ryan Rowland-Smith earning the call from Pawtucket, but even that would have been interrupted by Rowland-Smith's appendectomy. 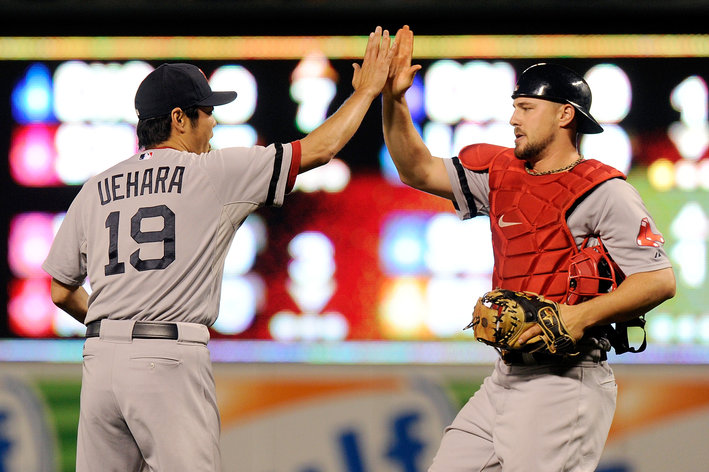 It's pick your poison on that one. Would you've rather seen the home run prone Tazawa as Boston's closer or a guy with a career 4.67 ERA, 3.3 BB/9 and a 5.5 SO/9 who hasn't pitched in the majors in three years as your lone left-hander for a bit before his surgery, if Uehara hadn't stepped up in the closer role?

No need to even think about that scenario, since -- you know -- Uehara did his job and then some.

After he did his job, he provided a newfangled energy with his electric high fives. The high-five maestro, as I like to call him, bestowed this gift of unbounded energy to his teammates from day one, something that was severely needed after last season. Maybe he's not team leader like Dustin Pedroia and David Ortiz. Maybe he's not the clubhouse guy like Mike Napoli and Jonny Gomes, but his high fives set the tone for the season.