Presenting the case for the "out of left field" MVP candidate.

As many of my colleagues this week have shown, there is no clear-cut case for who the MVP of the 2013 Red Sox should be. However, I'd go even a little bit further—the real challenge is actually to define what "most valuable" means. "Value" is a somewhat nebulous concept in sports. Clearly there's a "cost" to signing a player to a given team—salary and benefits. But what is the "return" on this investment? Is it even quantifiable?

I suppose we could get a rough metric of the direct contributions of a player using collective statistics such as wins above replacement (WAR) or weighted runs created (wRC). But what about the rest of the package? How do you measure the "trickle-down" effect of a player on the rest of the team? And how do you weight value relative to the investment in the player?

I believe Daniel Nava earns the title of "most valuable player' when viewed by two primary metrics: versatility and return on investment.

I don't think I need to spend a lot of time regurgitating Nava's offensive prowess, as my colleague Matt Collins has done my work for me (although the traitor opted to vote for Big Papi as Sox MVP). But if you need it, he had the fifth-best on-base percentage among all AL players, and second only to Mike Trout among outfielders. He also had one of the best OPS both among the AL in general, as well as outfielders, and the best on the Sox roster. His offensive contributions were in fact second only to David Ortiz's in terms of credit towards wins above replacement.

The circumstances in which Nava had to do so, though, were even more challenging than what Ortiz faced. Ortiz was regularly batting cleanup, with an occasional stint at third. Nava, in contrast, was expect to bat essentially anywhere and everywhere in the lineup except cleanup. This included significant numbers of games started as the leadoff hitter, the number two hitter, and the number five (or six) hitter in the lineup, and performed credibly in all of his lineup duties. According to John Farrell, the Red Sox viewed Daniel Nava as their "safety valve" in setting up the lineup: he was a one-man solution to whatever lineup problems had to be dealt with that particular day.

Even more astoundingly, however, was his ability to move across the diamond on defense. Prior to the start of this season, I would have said that he could probably handle left field as an average fielder, but would have been terrified to see him anywhere else. My first reaction to seeing Nava in right was "Wait, what?" But the fact is he is a competent right fielder, and a competent first baseman as well. He's not Shane Victorino or JD Drew, but he's also not likely to sink your team at either of those positions. (Imagine Jonny Gomes or Mike Carp. I'll wait here while you get the brain bleach out. Let me know when I can take out the earplugs to block out the hysterical screaming.) And while he is most certainly not a center fielder, I give him credit for taking one for the team at a time when they needed someone to cover the position.

Where am I going with all of this? Well, I'll let Farrell again make the argument:

It opens things up. It doesn't keep us pinned in to strict defensive spots with every player. He can play corner outfield, first base, DH, and at the same time, by OPS, he's the 11th-most productive outfielder in the whole game. He's having a heck of a year.

The fact that Nava can move around makes the Red Sox's decision making that much easier with respect to setting up the lineup. Need to give Shane Victorino or Mike Napoli a day off? Substitute Nava, and put Jonny Gomes or Mike Carp in left. And the same also extends to in-game moves. Ellsbury out? Slide Victorino over to center. Need a pinch runner for Mike Napoli? Victorino limping off the field? No problem—same deal applies. And how versatile was he? He was the only Sox player to spend significant time at more than two positions, and ultimately, he actually made more appearances in right field than in left! Given the number of games missed by Ellsbury, Napoli, and Victorino, there's no question that the Sox's roster would have been much less stable without Nava to shore things up.

Now, let's take a look at return on investment. Fangraphs and Baseball Reference have rather different views on Nava—both love his offensive production and are bearish on his defense. However, if we split the differences on their views, we arrive at roughly 2.4 wins above replacement. While that's only good for eighth place, that's only because the contributions have come from so many corners this year. And on the pitching side, he's roughly even with Felix Doubront, but behind John Lackey, Clay Buchholz, and Jon Lester.

However, viewing wins above replacement in isolation tends to ignore an important fact: all of the players above Nava on the WAR list are multimillionaires. In fact, only Buchholz and Uehara earn less than $9 million per year. Nava offers production on the order of 5 WAR per million dollars paid; none of the other luminaries above him even offer 1 WAR per million dollars. That's an absolutely enormous disparity in productivity. 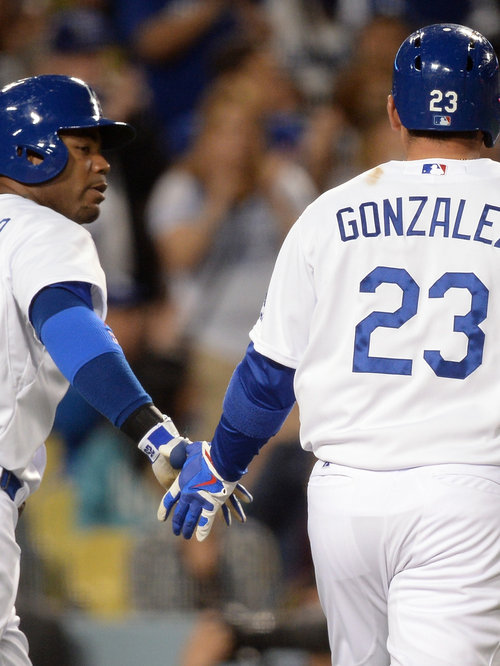 What stories could be told if the Sox move through the playoffs?

Moreover, Daniel Nava will continue to represent an enormous discount throughout the remainder of his career. He won't be eligible for arbitration until after next season, when he'll be 31 years old, and won't be a free agent until before the start of his age-35 season! Nobody will be giving Nava a Pedroia-like contract at age 35. That's going to hold the costs down throughout the length of his contract, which means that all of his versatility will remain affordable for the Sox, allowing them to use their resources to fill other holes in the roster.

There are a few other things to consider: just as much as Pedroia's work ethic is legendary in the Boston clubhouse, Nava's reputation in that department is starting to grow as well. In addition to logging in the hours needed to become a competent defender at multiple positions, as well as honing his batting skills, he is also acting as a mentor and even a role model to the baby Sox. When a player like Xander Bogaerts, the consensus top minor league prospect in all of baseball last year, cites Daniel Nava as the player he'd most like to emulate—both at the plate and as a teammate—you know that you have a very special player indeed.

But there's of course one more piece of evidence which I'd like to submit in furthering Nava's case. Even more than Koji Uehara, I think Nava has a claim as the Red Sox's biggest cheerleader—not merely celebrating his own accomplishments, but everyone else's as well. After all, here he is celebrating Mike Carp's grand slam against the Rays:

and I'll simply link to the best Sox celebration of the year (sorry, Koji!). (And here he is with yet more bouncing after Will Middlebrooks's bases-clearing double against Tampa Bay.)

Finally, there's the fact that Nava was front-and-center for the two biggest moments of the season. In the April 20th game against the Kansas City Royals—the first game following the Boston Marathon attack—David Ortiz may have been the voice of the Sox, but Nava was the muscle, hitting the climactic eighth-inning home run to put the Sox on top 4-2, and inspiring Don Orsillo's "Boston, this is for you!" call (and a celebration from Koji in the dugout).

And in the other signature win of the year, the Red Sox's 8-7 miracle comeback against the Mariners, the Sox sent ten men to the plate in the bottom of the ninth. The first and last of those batters was Nava, who started the inning off with a walk, and won the game on his deep fly ball to center field. The Red Sox had the bases loaded with one out, and needed only a fly ball to end the game. At that point, was there any hitter on the staff who you would have had more confidence in than Daniel Nava? No, not really.