There are many heroes of 2004. Tim Wakefield is not the most celebrated, but important all-the-same. Can Felix Doubront take his place for 2013?

Share All sharing options for: Can Felix Doubront be 2013's Tim Wakefield?

There are many heroes of 2004. There's David Ortiz of the Walkoff, Dave Roberts of the Stolen Base, Curt Schilling of the Bloody Sock, and Derek Lowe of the Three Clinching Wins. There are more heroes than that, certainly, but I'm contractually limited to four "of the" names per month, and I've used them all up.

And then there's the lesser-known Tim Wakefield of the 3.1 Innings of Hopeless Relief (worth it). On October 16th, 2004, Tim Wakefield took the mound in the fourth inning. The Red Sox were losing in a big way to the Yankees in Game Three of the ALCS. It was only 10-6, but there was a man on second and the Red Sox mentality of the time dictated that the lead was actually more like the eleven runs it would end on.

On came Tim Wakefield, and he was bad! Five-runs-in-three-innings bad, not including that runner on second he let score. His awful performance led to the Red Sox' eight runs not even coming close to tying the game, and who knows what would have happened if he'd kept the gap as small as four?

And yet, it was one of the difference makers in the Red Sox' run to their first World Series in 86 years.

Thanks to Tim Wakefield, the Red Sox used just one other reliever after him on that October night in 2004. The very next night Game Four would run into the 12th inning. One day after that, and it would take until the 14th for the Red Sox to win Game Five. Once again, Tim Wakefield pitched three innings, but this time they were scoreless, giving him the win.

Put any random reliever in Tim Wakefield's place--any other sixth, seventh man out of the bullpen, and you get what? A 4-0 sweep for the Yankees thanks to an exhausted Red Sox bullpen? A 4-1 Yankees win when the Red Sox ran out of relievers in Game Five? 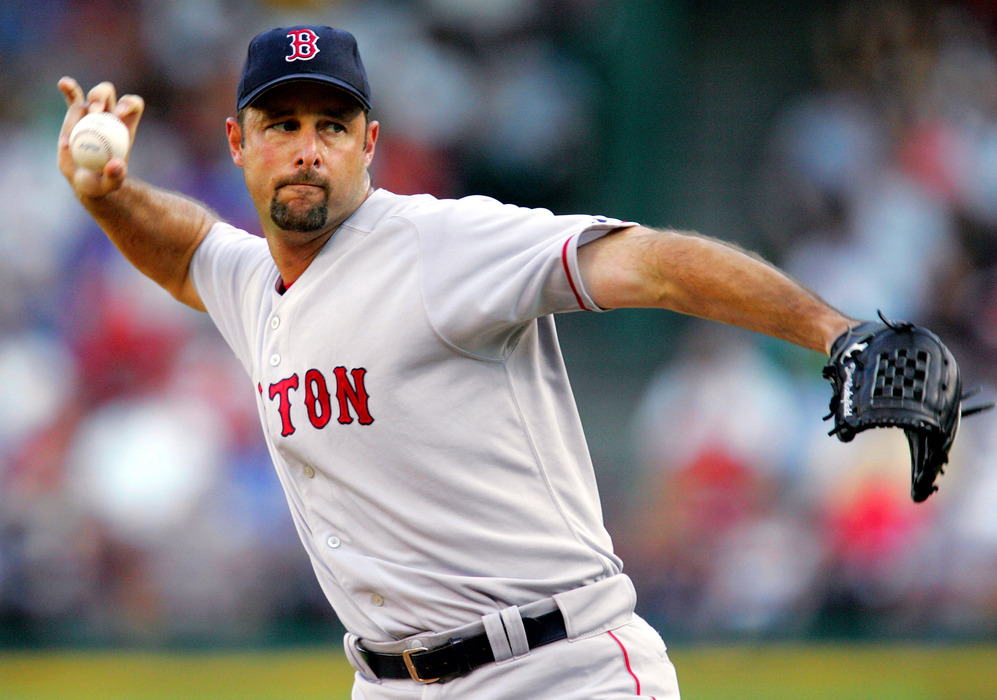 Whatever you get, I'm guessing it's not a Boston win. Tim Wakefield's 2004 playoff performance came out to an ERA of over 9.00. It was also probably the difference between the Red Sox and an ALCS exit. His contributions were not glamorous, they weren't even consistently acceptable. They were essential. Not everyone can offer up three innings in relief, good or bad, much less do the same two games later.

Felix Doubront is not Tim Wakefield. He doesn't throw the knuckleball, and he doesn't necessarily have the rubber arm that goes with it. Quite the opposite, in fact, based on his early fades in 2012 and 2013. But what he can do for the 2013 Red Sox is pitch however many innings they need in a lost postseason game. Maybe he even manages to pitch as many innings as they need in a tie, should the situation call for it.

Based on what we've seen from Doubront so far in relief, the latter scenario is not likely. As a starter, he has serious potential. His reservations about relieving are perhaps understandable given what we've seen so far, though his methods of communicating those reservations could certainly be less abrasive. Still, as a pure innings eater, that value is there. If Wakefield's ability to record scoreless innings of relief were invaluable in Game Five, the Red Sox may never have gotten as far as those extra frames if not for his ability to eat three awful frames in Game Three.

In that respect, at least, Doubront can be Wakefield. And if he is, if 2013 brings the Red Sox as much success as 2004, then we'll be able to add his name to the list of Boston heroes, unsung or not.