The Red Sox will make qualifying offers to both Mike Napoli and Stephen Drew, putting a draft pick price tag on them.

The Red Sox will make qualifying offers to free agents Mike Napoli and Stephen Drew according to CBS' Jon Heyman.

In other news, the Red Sox also plan to tender Xander Bogaerts. Quite the shocker, I know.

Alright, this is only "news" insofar as it confirms what we've known would happen for a while now. If Stephen Drew went on a prolonged slump in the postseason, he was still excellent in the regular season, combining a solid bat with strong defense at shortstop. Mike Napoli had his slump during the regular season, but turned in a huge late-season performance as the Sox wrapped up the A.L. East. 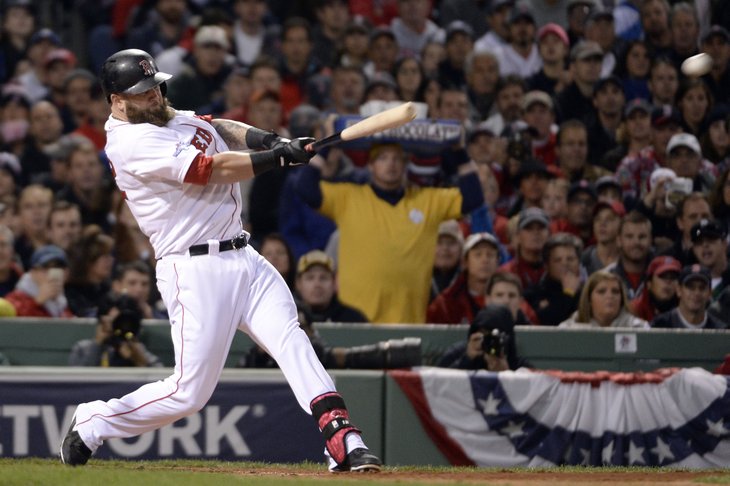 Boston's first baseman wants to come back, which could make life easier for the Red Sox.

That makes the decision pretty easy for the Red Sox. One-year deals for either player, even at $14 million, would be great for the Red Sox. It's rare that you get to pick up a player of that quality without risking long-term investment.

Of course, Drew will very likely sign an actual free agent deal somewhere, possibly even with the Red Sox. There's little competition at shortstop in the free agent market, and his postseason performance won't scare off potential buyers that much. Mike Napoli, however, might actually be forced to stay on board--adding the price tag of a draft pick to a player whose hip condition should prevent teams from risking a long-term investment might make the first baseman something of a lock to return to Boston.

It is a little curious that we're hearing about this independently of any decision on Jarrod Saltalamacchia, but chances are he, too, will be offered one.