46 years later, the Red Sox finally made the Impossible Dream a reality.

Share All sharing options for: The Impossible Dream realized

The team was coming fresh off a 100-loss season, and after starting the year 0-5 it may have seemed like the worst was yet to come. Carl Yastrzemski, all of 26 at the time, had a disappointing performance, seeing his OPS drop better than 100 points from .932 to .799. Rico Petrocelli, George Smith, Mike Ryan, and Dalton Jones combined for better than 1,500 plate appearances while hitting at Mario Mendoza levels. Tony Conigliaro was the only man to break a 120 OPS+, and the team saw a remarkable 14 different starting pitchers, none of them superlative, many of them average-or-below. The bullpen? They never saw a batter they couldn't walk.

All told they scored 655 runs and allowed 731 runs, losing 90 games in the process. It wasn't pretty.

So when 1967 started, expectations were understandably low. We have since come to know that season as "the Impossible Dream." Carl Yastrzemski's MVP performance led a Red Sox lineup that was easily seven or eight men deep. If the rotation still struggled to find a full-five starters, the top-3 in Lonborg, Stange, and Bell were enough to get the job done while new manager Dick Williams worked to find his last two men from a cast of nine different candidates throughout the year. And the bullpen? They finally stopped walking guys! In the end, the Red Sox narrowly held off the Tigers and Twins, taking the American League pennant with 92 wins. 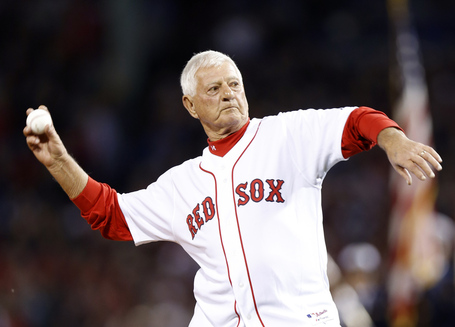 The Impossible Dream, however, remained elusive. We know, of course, that Boston's World Series drought did not end at 49 years, but 86. We know that they lost that World Series to who else but the St. Louis Cardinals?

And so we come to the present. The Red Sox had already beaten the Cardinals in 2004, but that year was different. That year saw a Red Sox team that had come within one win--one less insane decision from Grady Little--of going to the 2003 World Series add significant talent. The only thing holding them back was the name on the uniform. The Red Sox didn't win championships, but a team that good was certainly seen as a strong contender.

Well, we certainly have the appropriate setup in 2012. After all, that was the first season since 1966 to see the Red Sox lose 90 games. The team was a complete train wreck from the manager in Bobby Valentine to a lineup that featured Mauro Gomez batting fourth to a starting rotation headlined by a guy who finished the year with an ERA over 4.00, however good he'd been for much of the season.

And all that is, of course, hugely preferable to the situation that team was in before Mauro Gomez was batting fourth, back when Carl Crawford, Adrian Gonzalez, and Josh Beckett were eating up massive amounts of payroll.

1967 is well before my time, so I can't honestly say whether expectations were quite as in the dirt as we think. But with fewer than 10,000 fans showing up to opening day, it seems like nobody expected much of anything from the Red Sox. 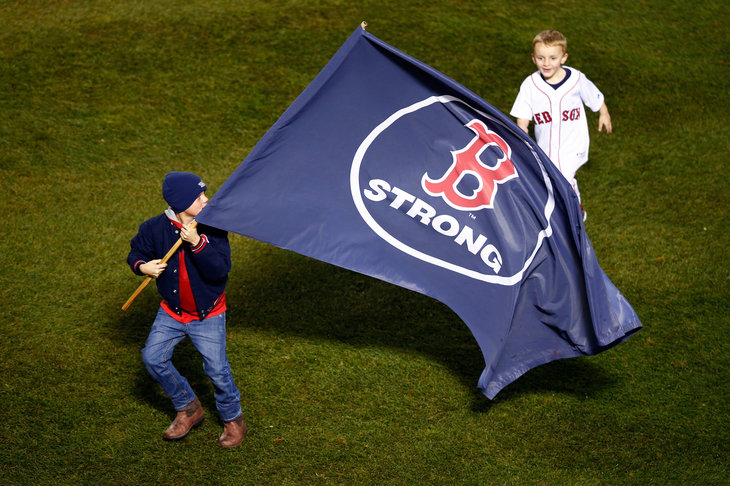 To give credit to the fans and even some pundits, the expectations surrounding this 2013 team were not quite so uniform. Were they expected to finish in last place in the A.L. East? Yes, by most, but that was more a reflection on the quality of the division than the destitution of the Sox. There were plenty who voiced the opinion that, if things generally go right for them, they could win upwards of 90 games and maybe sneak into a wild card spot. If the sellout streak ended, attendance never really tanked. This wasn't a Red Sox team that got people excited in the same way 2004 did, but it wasn't a team we expected to set new lows either.

Then the season began, and the Red Sox were...they were something else entirely. They were world-beaters. Oh, sure, May had its struggles, and there was some leapfrogging for first place at times. John Lackey's season seemed to end before it began in that first start in Toronto. Shane Victorino seemed to die a thousand different deaths on the field only to be back in the lineup the next day. Clay Buchholz went missing for one month, then two, then three. There were terrible games like Aceves and Wright vs. Colon and any of Joel Hanrahan or Andrew Bailey's various implosions. But the Sox just kept coming, moving past each hurdle with someone else stepping in and picking up the slack.

By the end of September the Red Sox had won 97 games, running away with the AL East and enjoying two games that were even meaningless when considering home field advantage. 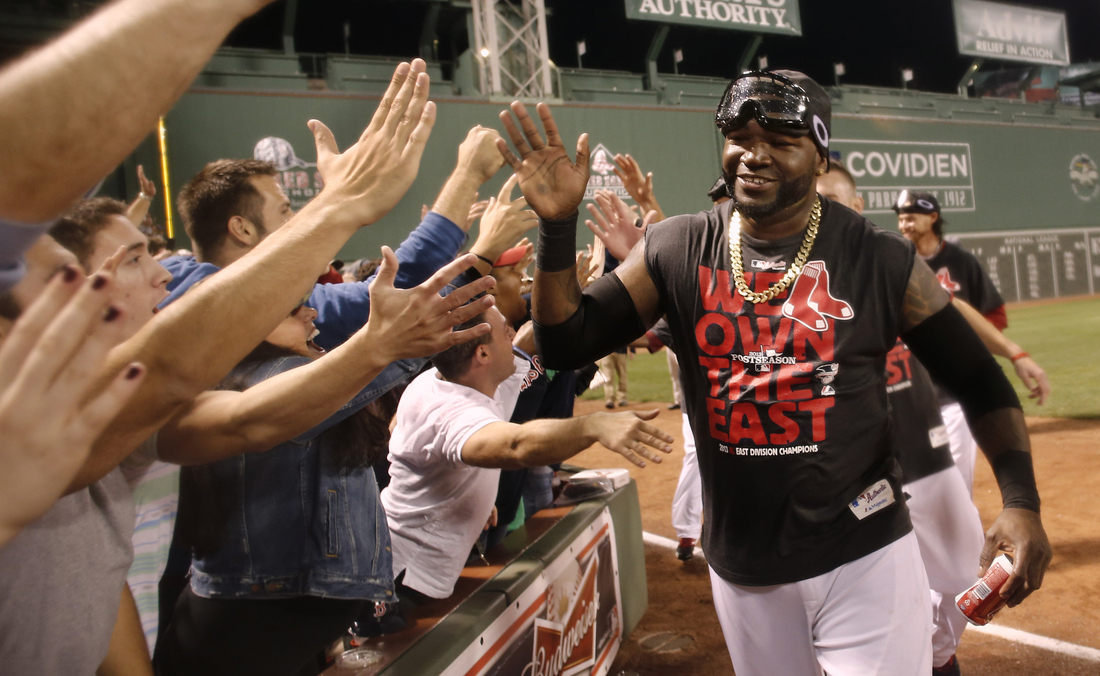 I don't know what it felt like in 1967 to watch these Red Sox come so close to completing such a dramatic turnaround only to fall short in Game 7. I can't speak to how much the championship drought weighed on that team with "just" 49 years behind them. Were they cursed yet? Was Boston simply a place where good things did not come to those who waited? If you were watching back then, invested, I'd like to know. It does seem to make that name, "The Impossible Dream," bittersweet, almost perfectly tied to that old Boston mentality. They allowed us to hope that things would be different by getting there, but in the end, it really was just a dream.

This, then, is the 1967 team for a new era. One where 2004 has freed Boston from that burden. One where, with the right group of guys, magic really can happen, and the impossible becomes possible. Where the Red Sox don't hang around 80 wins, or sneak into the playoffs, or lose in a tragic Game 7, but run rampant through the American League coming out firmly on top, then don't so much as face an elimination game in the playoffs. This is the Impossible Dream realized.