Share All sharing options for: The Red Sox are World Series champions!

The Boston Red Sox have won the 2013 World Series!

From worst, to first. The biggest single-season turnaround in the history of Major League Baseball. A team that rose from the ashes of a historic collapse, a toxic clubhouse, the mess that Bobby Valentine brought to Boston, and just kept rising and rising and rising all the way to the very top.

This is what happens when it all goes right 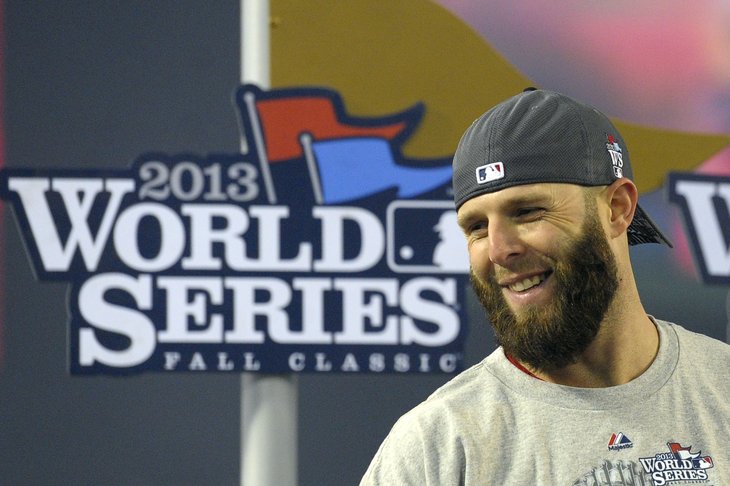 No one will ever believe you, but the Red Sox are 2013 World Series champions.

We loved them as much for who they were as for what they did on the field. For their beards as much as their bombs. They brought joy back to baseball, and fun back to Fenway in a way that, frankly, hasn't been felt for a long time, even when winning.

As lone1c said earlier, it's a bittersweet thing, if only slightly bitter. We will not see these 2013 Red Sox again. There will be changes. But they've left their mark on the history of this club--one that can never be erased. If the year of Adrian Beltre will fade over time, this will not. From Shane "Shanf" Victorino to the untouchable Koji Uehara to the resurgent John Lackey--the "classics" in David Ortiz, Dustin Pedroia, Jon Lester, Jacoby Ellsbury all the way down to Xander Bogaerts, making some of his first major league starts deep into a playoff run--this team will not be forgotten so long as the Boston Red Sox are playing baseball.