The left-hander will now be cheaper for the Red Sox than he would have been otherwise.

Red Sox lefty Felix Doubront has spent more time in the majors than just his two seasons in the rotation, and it very nearly resulted in Boston giving him a significant raise for 2014. Instead, though, Doubront just missed the arbitration cutoff -- by two days of service -- and will have to wait for his first arbitration for one more season, keeping him from Super Two status. 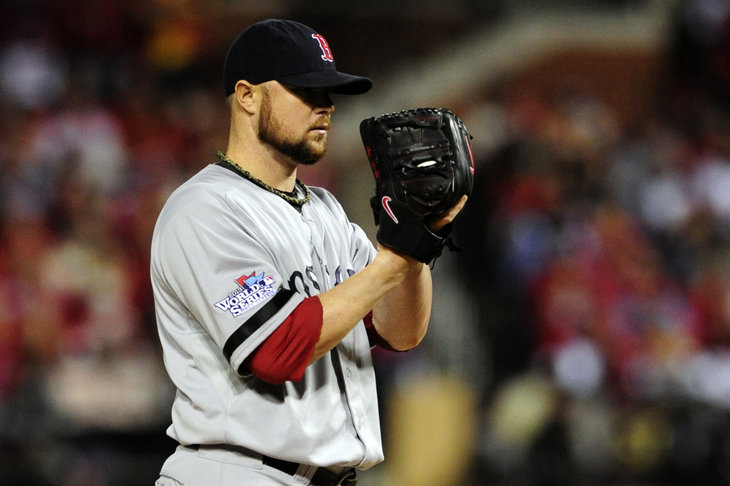 That's not out of the realm of possibility, but the Red Sox will likely want to sign Lester for less.

Normally, three years of service time are necessary for a player to enter the arbitration years of their initial major-league contract. However, the top 22 percent of players with more than two years of service time but fewer than three are made "Super Two" players, with four years of arbitration rather than the standard three. This 22 percent mark is new under the most recent collective bargaining agreement, signed in November of 2011, and it's this new figure that had Doubront as close as he was. Only one other player, the Mariners' Charlie Furbush, missed the cutoff by less, falling just one day short of Super Two status.

This is good news for the Red Sox in multiple ways. It will keep Doubront's price down closer to the league minimum in 2014, rather than seeing him get a raise of possibly a couple million dollars. The Red Sox have the money to pay him either way, of course, but if they don't have to, that's always a plus. In addition, should the Red Sox either offer Doubront around in a trade, or someone come calling for him with a boatload of prospects, a lower price tag for Doubront is in their negotiating favor.

Doubront took huge steps in his game in 2013, posting a 3.87 ERA as a starter while limiting opponents to a .250/.326/.379 line despite his home games coming at hitter-friendly Fenway, a park that's especially tough on lefty starters. However, the fact he barely eclipsed 2012's low innings total is a possible concern. At the least, the Red Sox have one inexpensive season left to find out if 160 innings or so is all they can get out of Doubront's arm, though.