John Farrell has gotten a lot of criticism over some of the moves he has made in this postseason. That shouldn't overshadow the amazing job he's done with this team, though.

Over the past 15 years, baseball has undergone a massive revolution. It has been publicized mostly by the increased use of advanced stats in mainstream media, as well as the book and movie Moneyball. These new stats aren't the most noticeable change from this revolution, though. That has been the shift in power from the manager to the general manager. A GM is given most of the credit now when a team performs well. This has led to the theory that managers don't have much of an impact on a team's success.

I think that is partially true. A manager isn't going to take a team with little talent and make them a good team. However, I do think a manager can take a good team and make them great. It's a subtle difference, but it's important. Which brings us to John Farrell, who has been criticized for a lot of his in-game decisions this postseason. The criticism has been so frequent, that some have even said the team is winning despite him. That is entirely unfair to his impact on the Red Sox being where they are right now, though, just one win away from a world championship.

Farrell's poor in-game decisions are more talked about for obvious reasons. Fans don't have access to the clubhouse on a daily basis, and really only get to see the team for the three (or, with the Red Sox, more typically four) hours they are actually playing the game. This is the only time we can see Farrell "in action," so to speak. And, this postseason, many of his moves have deserved criticism. Back in the ALDS, he was slow to use Xander Bogaerts, who is now putting together some of the best at bats of anyone in the lineup. He's also inexplicably used Jonny Gomes over Daniel Nava for the last two rounds. Of course, in what was possibly his worst move of the playoffs, he allowed Brandon Workman to bat in Game 3 while Mike Napoli sat idly on the bench. Even during the regular season, he made some questionable decisions, often leaving starters in for a couple batters too long, or using his relievers in less-than-ideal orders.

These bad decisions are so easy to criticize, especially with baseball's natural pace. Every move is a play in and of itself, and there is time to judge every move as soon as it is made. Because of that, Farrell's poor moves have led to a heavy dose of criticism from some. Theres so much more to managing than those in-game moves, though, and Boston's manager has excelled in these areas.

The first of which is tough to judge just how much of an impact he actually had. When Farrell was first brought aboard last winter, the immediate thought was about how he'd deal with the pitching staff. It was a unit that struggled mightily in 2012, but one that had some experience with their new manager when he was the pitching coach here under Terry Francona. Well, the rotation definitely took a big step forward this year. When healthy, Clay Buchholz was arguably the best pitcher in the American League this year. Jon Lester went through a major rough patch in the middle of the year, but the bookends of his 2013 were phenomenal. Then, there's John Lackey, who should be the runaway Comeback Player of the Year winner (he won't win because of Mariano Rivera), and was the team's most consistent starter all season. It'd be unfair to the players to give Farrell all of the credit for these turnarounds, since they put in a lot of hard work to perform like they did this year. That being said, it'd be unfair to Farrell to give him no credit. He has a lot of knowledge in pitching, and everyone on the staff has talked about how much they enjoyed working with him. We can't put an exact value on how much he helped the staff this year, but the impact was clearly there. 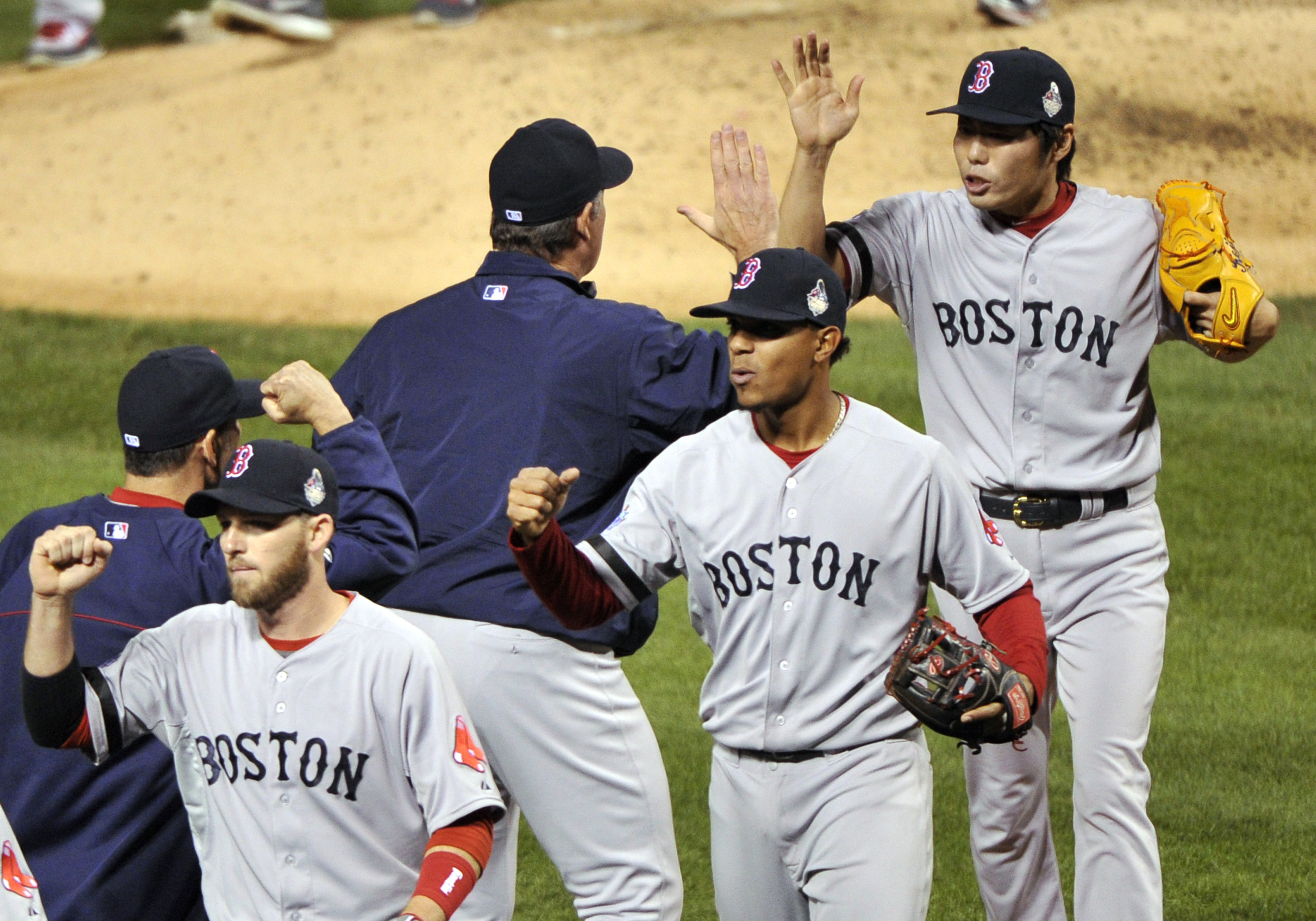 There is also the job that may be the most difficult for a manager: dealing with the day-to-day life in the clubhouse. No other sport deals with the daily grind that baseball has. From the end of February through the end of October, teams see each other every day. If you've ever lived with someone, you know how annoying that can be. It's the manager's job to keep the mood up. It's undeniable that John Farrell has excelled in this area this year. All season the Red Sox players have been extremely loose, a quality that has been symbolized by high fives and beards. At the same time, though, they've played with a fierce competitiveness and each guy in the clubhouse has held himself accountable for his mistakes. Farrell has demonstrated that he has everyone's back, and that trust has led to what turned out to be an almost perfect clubhouse. 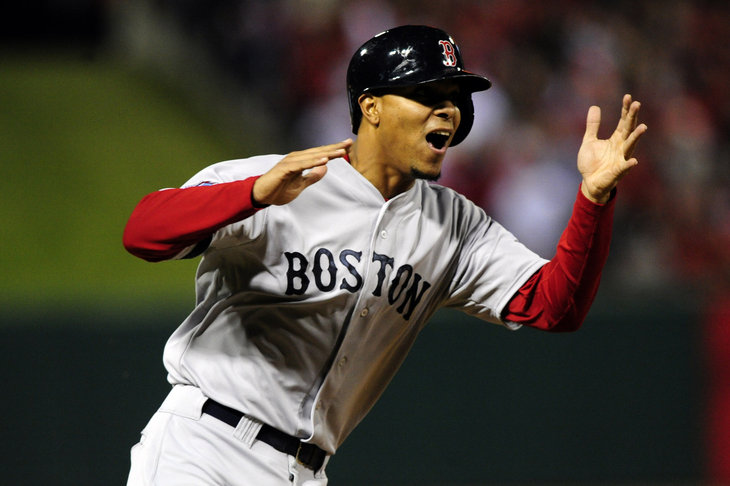 Finally, Farrell has made plenty of good baseball moves. He knows his players and what situations to put them in. Even if you disagree with Gomes playing so much over Nava (I do), I'm sure Farrell has a perfectly legit reason for it, beyond the "intangibles" reason he gave in an interview. He has done a nice job of not panicking with Stephen Drew, who has provided huge value in the field this postseason despite being almost nonexistent at the plate. In the regular season, his work with the bullpen was tremendous. This team started the year with Joel Hanrahan and Andrew Bailey heading the relief corps. Early on in the year, Andrew Miller carved out a major role on the team. By midseason, all three of them were done for the year, and the whole unit had to be reshuffled. The decision to convert Koji Uehara was met by some with some hesitation because of his lack of experience, but that has clearly turned out to be the correct move. Junichi Tazawa had his ups and downs, but he never lost his spot as the setup guy. Some people - myself included - were wary about giving Craig Breslow such an important role. Farrell wound up being right on the money with that decision, despite the lefty's recent struggles. A manager needs to have a pulse on his roster, and John Farrell has had that in spades this year, pressing all the right buttons.

Every decision a manager makes during a game is dissected over and over again by pretty much every fan, especially this time of year. It's easy to get caught up in the bad choices, of which John Farrell has made many. Don't let that criticism blur your assessment of the job he has done, though. There is a reason he is the runaway favorite to win the Manager of the Year for this season. Farrell did all of the little things a manager needs to do, and still pushed all the right buttons on the baseball side of things. General managers will still get most of the credit for a great team - and there is no doubt that Ben Cherington deserves every bit of praise he gets. John Farrell was amazing this year, too, though, and has had a great playoff run, despite all of the criticism he's received.