Share All sharing options for: World Series 2013: On John Lackey and "Redemption"

All of us learn a bit of Greek mythology in school. Sometimes it's just the basics, Apollo and Zeus and such. For those of us who took Latin for reasons of geekery, there was more. The two that always stuck, and find themselves referenced most often in Red Sox lore, were Sisyphus and Tantalus. Each had offended the gods, each was cursed to eternal torment. Sisyphus, pushing a boulder up a hill every day, only to see it roll back down as soon as it reached the top; Tantalus, neck-deep in a pool of water under a fruit tree, each of which would retreat from his lips when he tried to drink or eat. It's the classic metaphor for Boston baseball fans prior to the Papi Era.

Read More: Rosenthal: Jon Lester could sign for over $146 million

What never struck me until recently is that it's also the perfect metaphor for an injured player trying to help his team. Knowing what needs doing, knowing how easy it's been in the past, and never quite able to manage it. The sheer helplessness must be absolutely maddening. Think of the helpless moments we all have. The unpaid bill a week before payday, the sick relative we can't make better, the co-worker whose firing we can't do anything about. Now imagine millions of people watching your inability to help, and riding you for it.

In 2011, John Lackey provided to the Red Sox 160 innings at a 6.41 ERA, good for two wins below replacement. Boston might have been better off starting the first available kid on the Pawtucket shuttle. That they didn't was testament mostly to the weakness of their upper minors and the strength of their offense. Despite Lackey having the worst full season ever turned in by a Boston starter, the Red Sox actually went 14-14 in his starts, because they still had the best offense in baseball. Of course, in a season lost by a single game, that was cold comfort. When it was revealed that the big righty had been throwing all year with a shredded elbow, an arm badly damaged enough that it would require Tommy John surgery, we all nodded, bitterly figuring that it made sense.

In 2012, with the Red Sox scuffling at the trade deadline, I advocated the trade of John Lackey to Houston or anywhere that would have him for a bag of baseballs. I didn't care about the busted arm, or consider for two seconds how I'd have felt about Jon Lester struggling through an entire season to give his shallow rotation a few more innings. Something about Lackey had always rubbed me the wrong way (the barking at teammates was big, the history of effective pitching against Boston moreso), and his 2010 season, while solid, hadn't changed my opinion. When I heard about the elbow injury that had taken away his stuff all through 2011, I didn't feel respect for his grit, I felt resentment that I'd had to watch a pitcher in my team's uniform throwing garbage for 28 starts. I wasn't alone in that. And I wasn't alone in being wrong.

There's a funny thing about realizing you were wrong that no one can properly explain to you until it happens: it's strangely liberating. Not just in that you learn something, but that you can stop being wrong. Being wrong is exhausting, because you have to keep inventing reasons that you're right. And unless you're Rush Limbaugh, no one's paying you seven figures to be angrily wrong all the time. It's just not worth it. 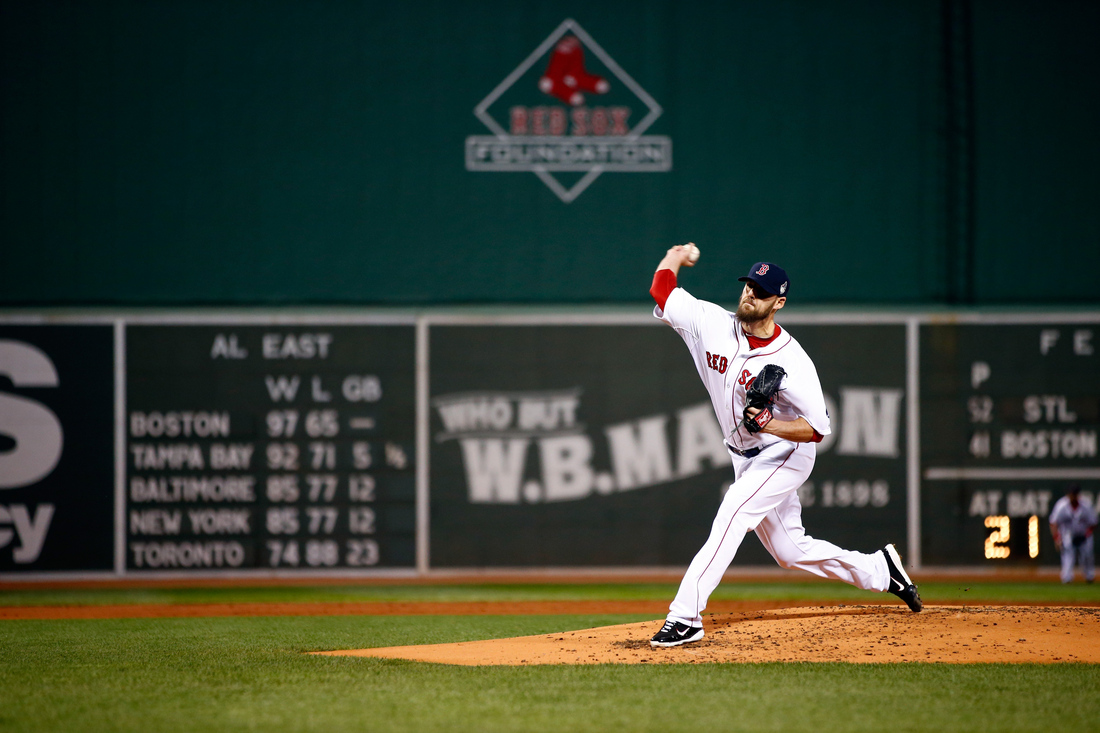 We... I. I'll own this, since it's my column and going plural seems like I'm ducking it. I was wrong because I looked at the box score and the final record and Robert Goddamn Andino and even the chicken and beer horseshit. I didn't look at the shallow minors, or the decent innings load, or the collapse of the other starters, or that single defining fact: the 2011 Red Sox were a Dan Johnson home run away from a playoff berth.

It's important to note here that this wasn't a matter of performance. I'd have been wrong even if Lackey performed poorly this year, because it wasn't about that. I don't care if I'm wrong predicting someone's performance, because this is baseball. Wild and bizarre things happen. World Series games turn on obstruction calls and pickoffs. The All-World Blue Jays finished last. We all get that stuff wrong. If we got it right, there would be no point in watching. I'd still have been wrong because my condemnation of Lackey was less about him than it was about my own anger over 2011 and where it wound up focused.

This isn't to say the performance has hurt anything. Every quality start Lackey racked up this year made it that much easier to reconsider my preconceptions, which of course makes the whole damn thing a bit shallow. We like teams, we like players better when they're performing. When they're winning. That's the whole damn point. If a player's not winning, he needs to have something else going for him. A funny batting stance, a good rapport with fans or reporters, or just plain getting his uniform dirty. Something. Lackey, to my eyes, didn't, and I decided, like any good Boston-based sportswriter, to shit on him for it. 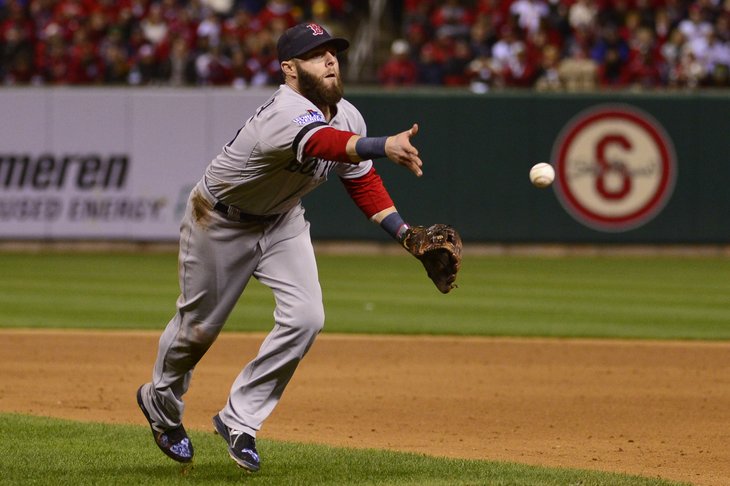 Dustin Pedroia and Shane Victorino have been awarded the Gold Glove. Unfortunately, that doesn't seem to mean much anymore.

Now John Lackey will take the hill at Fenway on a Wednesday night in late October. And I have no qualms about it whatsoever. I'd say there's no one I'd rather have out there with the Series win at hand, but that's not quite true, what with Jon Lester alive and in a Boston uniform. After destroying St. Louis on Monday, though, I expect Lester's a bit tired. What I will say is that nothing would be sweeter than seeing Lackey get the win. Not to redeem himself. The redemption storyline has been flying around lately, and while it's an easy angle, it's just silly. John Lackey has nothing to prove tonight. Not to me, not to you, and damn sure not to himself.

I want to see John Lackey win tonight because I want to see the Red Sox win. The Red Sox are my team, and John Lackey is part of that team. I spent so damn long being angry at him for 2011 (and 2012, which is beyond dumb) that I lost sight of that. Had Dustin Pedroia or Jon Lester or David Ortiz dragged themselves half-crippled through an entire season trying to help the team, I'd have written 12,000 words singing their praises. Lackey I tossed aside with two sentences of snark.

John Lackey won't redeem himself with a win tonight. He doesn't need redeeming. The rest of us do. Every one of us who yelled for Lackey's head, who demanded a trade, who complained about his contract while he was throwing through pain. A win tonight can remind us that our opinions on players, especially our moral judgments of them, are almost always wrong. It can bring back that sense of wonder, the idea that yesterday's overpaid hired gun is today's beloved city savior. It can make baseball for us a little more fun and a little less angry. We can all be wrong, and be deliriously happy about it. And I can't wait to see it happen.