Good news, everybody, we're number one!

Baseball America has given the Red Sox' farm system top ranking, but only when measuring its potential "to deliver near-term value." To put it simply, their method gives more points to better-ranked prospects in higher-quality leagues based on their league-by-league top-20 rankings. So Xander Bogaerts--the top-ranked player in the high-quality International League--is viewed as the most valuable asset in the entirety of the minors. 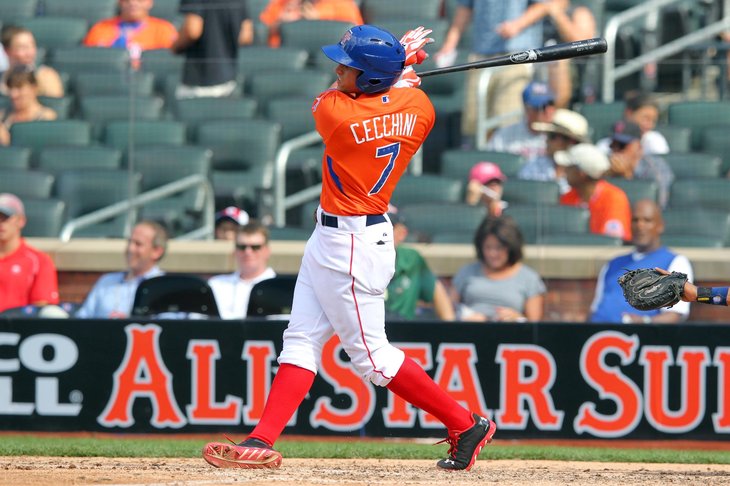 The minor-league season isn't truly over yet, as the continued success of Boston's farmhands reminds.

What's interesting is by just how much the Red Sox lead the pack. Their system grades out as being worth 122.2 points, a good 11 points better than the second-place Astros. Those totals dip below 100 before we're even out of the top-five, and it's not until the Blue Jays at 90 that another A.L. East team makes an appearance.

More than just the top-of-the-line talents like of Xander Bogaerts, Baseball America makes special note of Boston's depth. Their top-five prospects by these rankings--Xander Bogaerts, Jackie Bradley Jr., Webster, Owens, and Swihart--do not include the likes of Mookie Betts, Anthony Ranaudo, or even Garin Cecchini, all of whom would rank in the top-5 of many a farm system.

It's just another reminder that, for all that the Red Sox are one win away from a World Series title, this is a team that's just supposed to be getting better as time goes on.