The whole lineup is unknown, but both Davids will suit up to start Game 5.

It's not clear what the lineup the Red Sox will use in Game 5 look like, but we've already received some hints as to its shape. David Ortiz will slot in at first base once again, giving him three starts in a row and in all possible National League games of the World Series, and David Ross will catch for both the second game in a row and the second Jon Lester start of the Fall Classic, according to WEEI's Alex Speier. 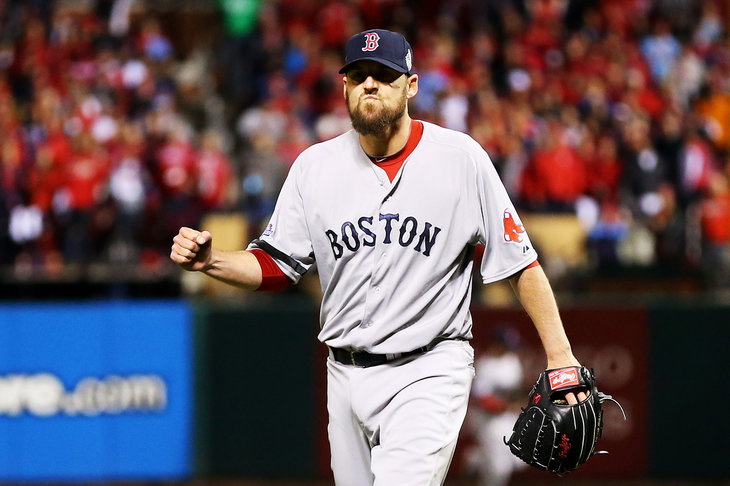 Manager John Farrell made up for Saturday's miscues with brilliant bullpen management in Game 4.

While initially, manager John Farrell expected to use Ortiz in two of the contests and let regular first baseman Mike Napoli start the other, it's been nearly impossible to remove Big Papi from the lineup. He's hitting .727/.750/1.364 with eight hits in 12 World Series at-bats to go along with four walks -- all of this after he was robbed of a grand slam in Game 1. Ortiz has been the focal point of Boston's offense, and giving him as many plate appearances as possible gives the Red Sox their best chance of winning right now, if for no other reason than the Cardinals might pitch around him and give the Sox a baserunner.

As for Ross, he hasn't hit much in the postseason, but neither has regular backstop Jarrod Saltalamacchia, and Ross has teamed up with Lester to great effect in 2013. They worked fantastically in concert in the series' opener, and the Red Sox could use another tag-team effort from this battery to give them a chance to head back to Fenway with a lead.

What's still unknown about the lineup at this point is Shane Victorino's status -- he was scratched in Game 4 due to tightness in his back -- and what the outfield will look like either with or without him. If Victorino is out once more, both Jonny Gomes and Daniel Nava are likely to start with Mike Carp on the bench for pinch-hitting duties once more, but if Victorino does play, it's unclear if it will be Nava once more or Gomes facing Wainwright again, as he did in Game 1.