Manager John Farrell made up for Saturday's miscues with brilliant bullpen management in Game 4.

Managing a postseason bullpen can be difficult work. A manager wants his top arms in every game, but due to the nature of the schedule -- days off only come on travel days, meaning the second leg of a three-game series has three consecutive contests -- those relievers can't always pitch whenever they're needed. The Red Sox were able to effectively walk that line thanks to the performance of two starting pitchers who worked in relief on Sunday, though, and now have one game standing between them and a day of rest for the entire bullpen because of it.

First, the stage: Red Sox setup man Junichi Tazawa threw 24 pitches in one inning of work on Saturday, in a game the Red Sox ended up losing 5-4. Brandon Workman threw 30 pitches that evening as well, severely limiting the availability of both pitchers in Sunday night's game. That left the Red Sox with lefty Craig Breslow, who has had trouble hitting his spots lately, as well as the likes of LOOGY Franklin Morales and starter-turned-garbage-inning-reliever, Ryan Dempster to lead the way to closer Koji Uehara in the event of a Red Sox lead on Sunday.

To compound this issue, the Red Sox had Clay Buchholz on the mound. While this is normally a cause for celebration, his shoulder is not 100 percent, and the result was likely going to be a shortened outing, just like in Game 6 of the American League Championship Series. Buchholz would go four strong frames before he was lifted, limiting the Cardinals to one run, but from that point forward, the game was on the bullpen.

Felix Doubront once again entered the game -- he had thrown two scoreless frames on Saturday in relief of Jake Peavy -- and nearly duplicated his impressive feat. He tossed 2-2/3 innings this time out, and while he allowed one run this time, it's difficult to overstate how central to Boston's victory his appearance was. By combining Buchholz's and Doubront's outings into one, the Red Sox essentially received 6-2/3 two-run innings with five strikeouts against three walks and just seven baserunners total before handing things off to the bullpen. That's about all you can ask for out a starter in a playoff game, and while it took two starters to get there, the Sox managed it. 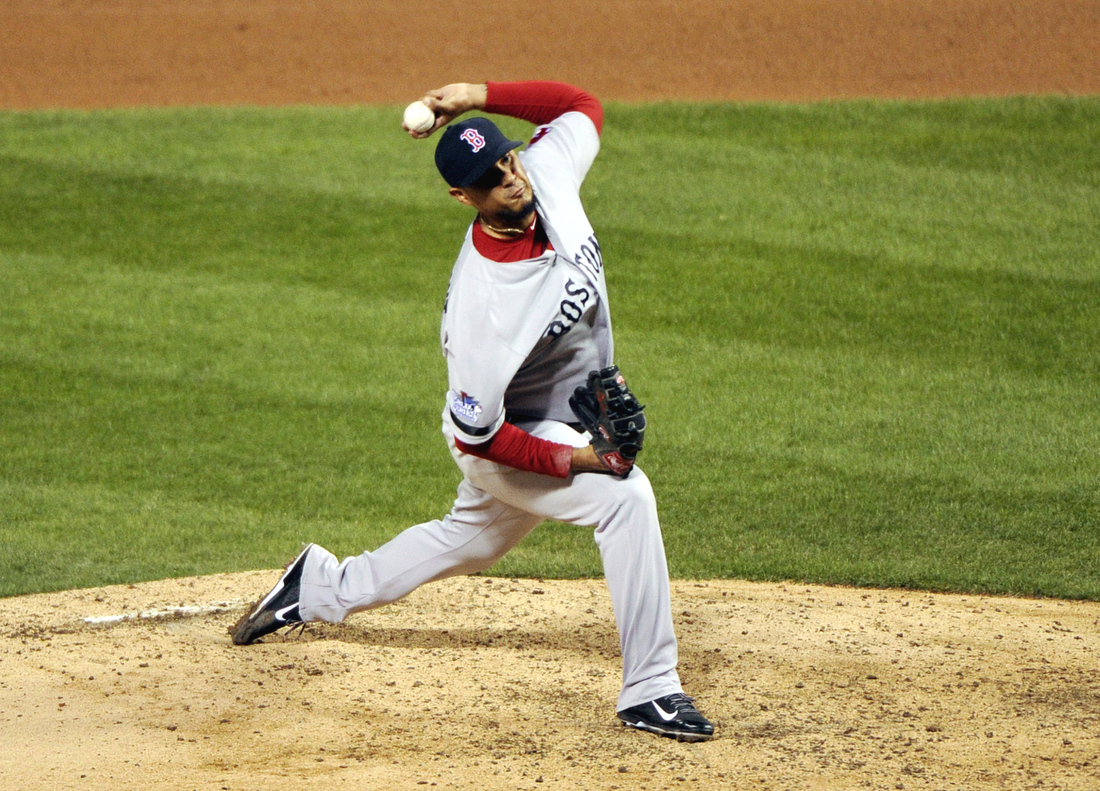 Doubront's efforts allowed the Red Sox to go to Tazawa for a single batter to close out an inning (following an aborted attempt by Breslow to finish off the frame), allowing them to avoid using anyone who was more rested, but likely less effective. Tazawa threw two pitches, both strikes, and retired Matt Holliday to end the seventh inning with the Red Sox up 4-2.

In the eighth, things got a little out-of-character once more, with John Farrell turning to Game 2 (and Game 6) starter John Lackey. This wasn't a move out of desperation, so much as it was an effective use of the available resources at Farrell's disposal. It was Lackey's throw day, so he was scheduled to throw on the side anyway. By using that in-game rather than on the side, however, the Red Sox gambled on Lackey in order to to rest Workman, avoid overworking Tazawa, and keep from stretching Uehara out for a two-inning save when there was still another game to play the next day. While an error interrupted the proceedings, Lackey escaped the eighth unscathed with a light 17 pitch workload, and the ninth went to Koji. 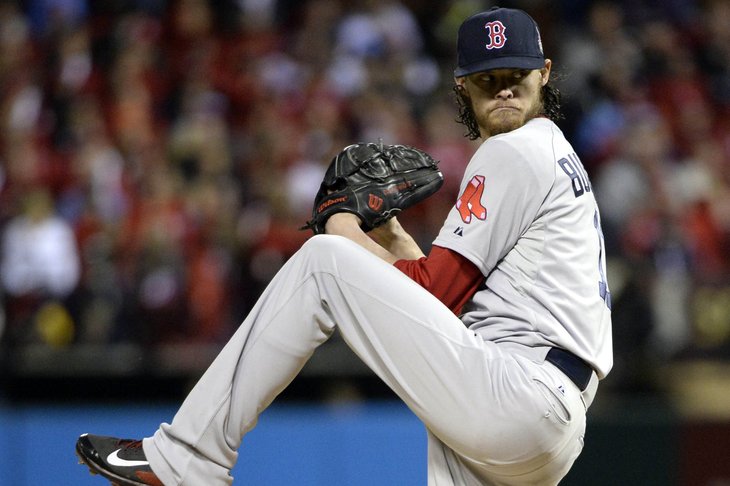 Injury has kept him from being Boston's ace in October, but he did his job in Game 4 of the Fall Classic.

This was the only day Lackey could throw, as Monday would be too close to his scheduled Wednesday start. Farrell recognized this, and deployed Lackey to save the rest of his bullpen that would be available for Game 5. Now, the Red Sox have Brandon Workman with a day of rest behind him, Tazawa in a place where he can still likely make an appearance if necessary, and Uehara prepared to go more than three outs with the day off on Tuesday coming up.

Like with Buchholz's four innings despite his injury status, these decisions and relief appearances could turn out to be key turning points in the World Series that help the Red Sox take control back from a Cardinals team that capitalized on Boston's mistakes in consecutive nights. Thanks to Doubront, Lackey, and Farrell, the Red Sox are now in a position to force, if needed, a Game 7 back in Boston, so long as they can win on Monday. With Jon Lester on regular rest and the full strength of the bullpen behind him, this is a distinct possibility, one that was only possible with the events of Sunday.