Just which former Red Sox will have the honors, though?

In Game 1 of the World Series, the Red Sox selected Boston legend Carl Yastrzemski to throw out the first pitch. Yaz had faced the Cardinals in the 1967 World Series, and while his Sox had lost, he personally had dominated St. Louis over seven games. In Game 2, Boston will throw more history at the Cardinals, as members of the 2004 World Champion Red Sox will throw out the ceremonial first pitch. 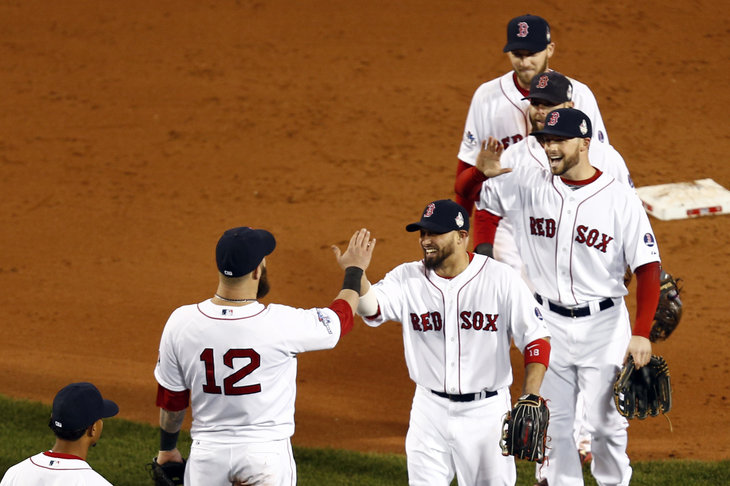 Here are all your GIFs from the Red Sox rout of the Cardinals in Game 1 of the 2013 World Series.

The 2004 Red Sox, as you're likely aware, defeated the Cardinals in the World Series to capture Boston's first championship since 1918. It's not clear which members of The 25 will be throwing out the first pitch, or whether it's just going to be a pair or multiple pairs of players involved, but we can always come up with dream scenarios, yeah?

Having Pedro Martinez is a must, of course. Reuniting any of the 2004 team with David Ortiz, the sole remaining member of that squad still with the Sox, should also be on the list. It wouldn't be a surprise to see Martinez joined by fellow front office employee and former catcher Jason Varitek, and Tim Wakefield likely isn't far behind, either. Other than that, maybe Kevin Miller, given his penchant for showing up in the spotlight.

Really, all I want is for Curt Leskanic to make snow angels on the field while the ceremonial first pitch is happening. Are you listening, Red Sox?