Despite the bats looking completely Astro-like against the outstanding starting pitchers from the Tigers, the Red Sox were still able to take the ALCS in six games. They did so by winning close games behind fantastic pitching of their own, and having their bats wake up against Detroit's one weakness, their bullpen. One of the keys to winning those close games was the performance of Boston's bullpen, a unit that has been viewed as a hole on the roster, but one that has also pitched well in big spots all year. As it's the World Series, and it's between the teams who finished with the best records in their respective leads, it's safe to assume there will be some close games deciding which squad goes home champions. As such, the bullpens figure to play a big role in this series. Which relief corps has the advantage, then?

Both of these teams boast outstanding pitchers at the end of their bullpens. Starting with St. Louis, they will be throwing out Trevor Rosenthal for their highest-leverage situations. I wrote a bit about Rosenthal here, and he is a scary young pitcher. Primarily a fastball pitcher, he's thrown his 98-mph heater a shade under 80 percent of the time. He'll also drop in an 88-mph changeup to keep hitters off balance.  He used this repertoire to strike out opposing hitters at an amazing rate, sending 35 percent of his opposing hitters back to the dugout without putting a ball in play this season. Of course, the Red Sox have a pretty okay closer as well. There's not much else that needs to be said about Koji Uehara this season. What he's done has been nothing short of amazing. His ability to throw strikes has been unparalleled, leading to his 101/9 K/BB ratio in 74-1/3 innings.

Edge: Red Sox. Rosenthal is nothing to sneeze at, and will challenge Red Sox hitters all series, but pitting anyone against Koji right now is unfair.

For most of the second-half, the most worrisome aspect of this Red Sox team has been their bridge to Uehara. The Cardinals haven't had that same problem. This group is led by another young fireballer who was written about in my post linked above, Carlos Martinez. Like Rosenthal, he relied heavily on his fastball, which averaged 98-mph this year. On top of that, he throws a hard sinker, too, that sits mid-90s, and a big slider that resulted in a whiff 18 percent of the time, and on 43 percent of opponents' swings. They also have John Axford, who as recently as 2012 served as the full-time closer for the Brewers. Splitting the year between Milwaukee and St. Louis, he was still able to strike out a batter an inning, even with 2013 being a down year for him. Seth Maness doesn't have the same stuff shown by the rest of the Cardinals bullpen, but he shows a very nice slinker/changeup combination from the right side that forces a lot of ground balls, so don't be surprised to see him brought in with runners on base when double plays are needed. On the LOOGY-fron, the Cardinals bring a two-headed monster in Kevin Siegrist and Randy Choate.The former - a 24-year-old and another product of St. Louis' ridiculous farm system -held lefties to a .118/.241/.147 line this year and had an overall K-rate of 33 percent while the latter held same-handed hitters to a .176/.268/.224 line. 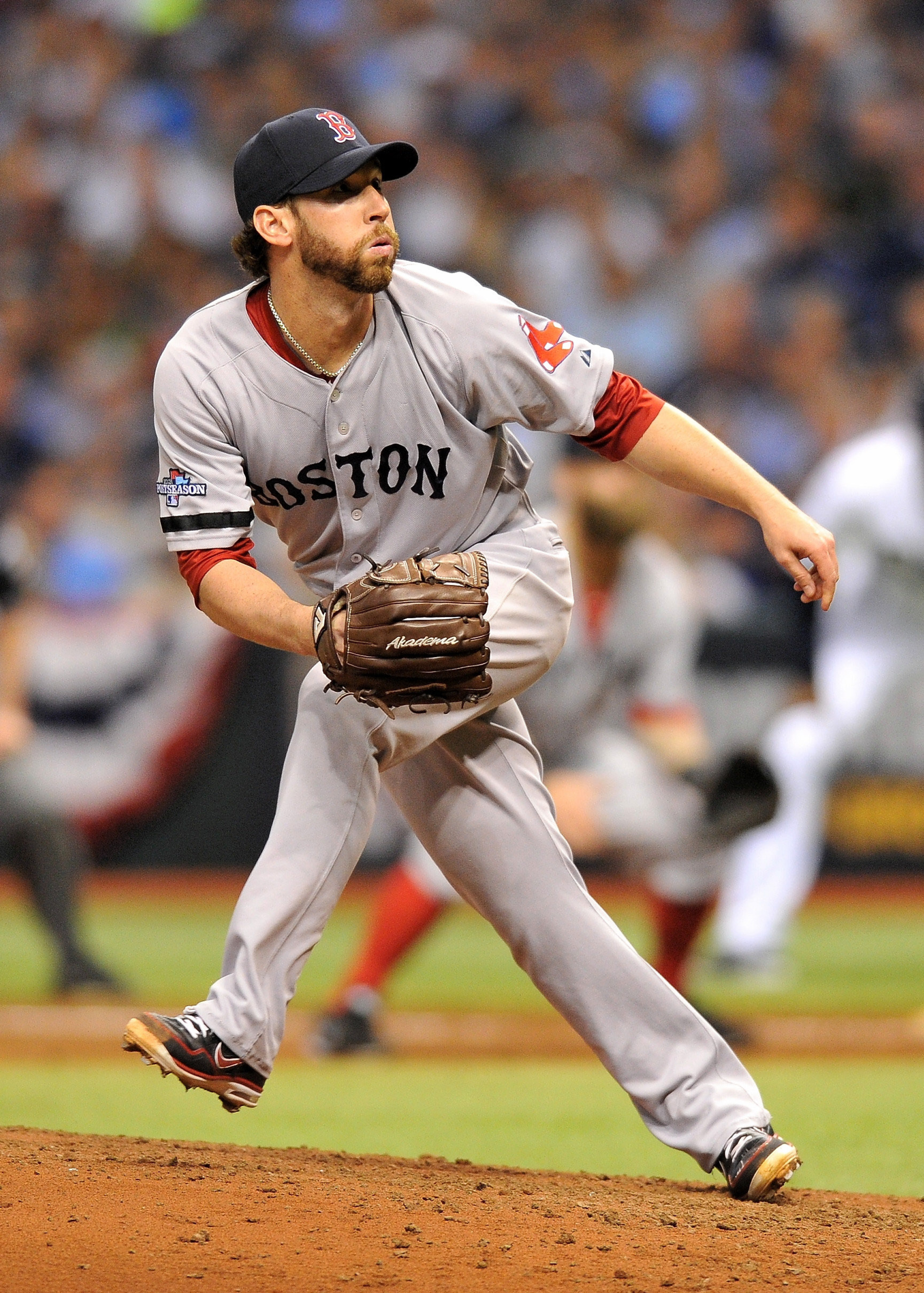 The Red Sox certainly can't match that firepower, at least not in terms of pure stuff. Craig Breslow has stepped up as the team's second-most trustworthy reliever at this point, despite not coming at you with overpowering fastballs and strikeout pitches. Still, though, he's been incredible by inducing weak contact. The lefty held batters to a .185/.276/.261 line in the second half of the regular season, and has allowed just three hits to the 29 batters he's faced this postseason, while striking out 20 percent of them. Junichi Tazawa is the strikeout pitcher on the middle-relief corps, K-ing a shade over 25 percent of his opponents this season. He does get into trouble with hard contact, though, allowing 1.2 home runs per nine innings. He's not as big of a problem as some would have you believe, but he has his issues. Finally, there is Brandon Workman. The rookie has shown flashes out of the bullpen this year, and has looked good in the postseason so far. However, he has also shown some real flaws. John Farrell is sticking with Franklin Morales as his LOOGY for the World Series. He dominated lefties to the tune of a .184/.262/.184 line this year, but his control issues will always be a concern, as was seen in Game 6 of the ALCS.

Edge: Cardinals. I am not as worried about the middle relief of the Red Sox as many are, but the Cardinals have the advantage here both by pure stuff and depth.

With each of these games being so important, long relief is an important tool for the managers, as no team wants to dig themselves too deep of a hole early in a game. St. Louis will be turning to Shelby Miller in this role. Miller was a top prospect coming into the season, and made 31 starts for the Cardinals this year. He struck out almost three times as many hitters as he walked, and finished the year with a 3.06 ERA (119 ERA+) in 173-1/3 innings. With those numbers, it could be a surprise that he is limited to a relief role rather than being one of the starters. However, as a rookie, the Cardinals wisely did not want to overwork him, and there is some real fatigue worry. With that being said, they are turning to Lance Lynn and Joe Kelly as their third and fourth starters, both of whom are far from sure things. It wouldn't be a surprise at all to see Miller for at least one multi-inning sting in this series. 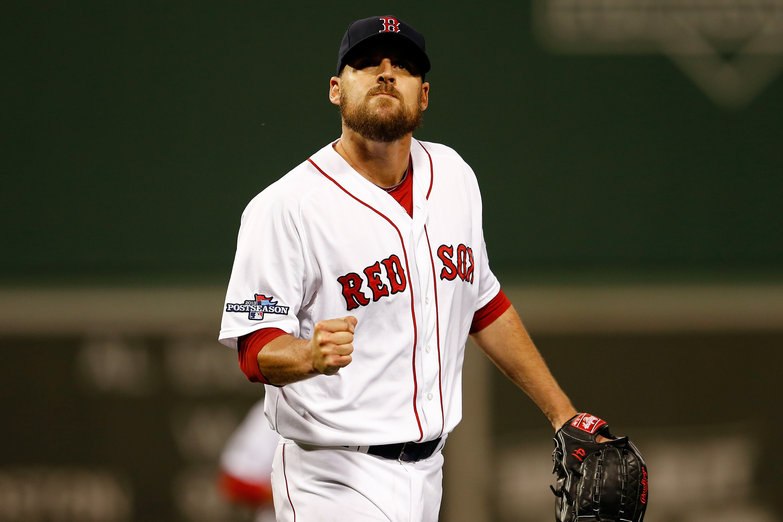 The Red Sox aren't without rotation concerns themselves. When Clay Buchholz is on, he is likely the best pitcher on this staff. However, there is reason to worry that he's not fully stretched out after missing so much time to injury this year. Likewise, Jake Peavy has the potential to pitch an absolute gem - as we saw in Tampa in the ALDS - but he also showed how much potential he has to throw a dud against Detroit in the ALCS. Luckily for the Red Sox, both Ryan Dempster and Felix Doubront spent the year as starting pitchers. Personally, Dempster seems like the safer option, as Doubront showed fatigue at the end of the year. On top of that, Dempster has experience coming out of the bullpen earlier in his career. Whichever one you favor, though, it is big that the Red Sox have two such pitchers, so Farrell doesn't have to worry about a situation in which he can't turn to a long reliever two days in a row.

Edge: Red Sox. This was the closest one. Miller is the best pitcher of the three, but the Red Sox have two stretched out options here, and that combined with Miller's worrisome fatigue issues gives them the slight edge.

As with most things in this series, the battle between the bullpens is extremely close. In a game where the starters leave early or the game goes many extra innings, the Red Sox have the advantage for long relievers. However, the Cardinals have a significant advantage in overall depth in the bullpen. That depth probably gives them a slight overall edge in the bullpen department, although the Red Sox do have the best overall reliever in the series with ALCS MVP Koji Uehara. It's going to be an extremely close series, and St. Louis' slight advantage from their bullpen depth could make the difference.