The first game of the World Series features one of the best control pitchers in the game against a line-up that excels at making starters work.

After a nail-biting ALCS, the Red Sox are back in the World Series for the first time since 2007, facing a St. Louis Cardinals team that tied with them for the best record in baseball at 97-65. St. Louis will send ace Adam Wainwright to the mound against Red Sox lefty Jon Lester. Wainwright is arguably the best control pitcher in the game, making him a perfect adversary for a Red Sox lineup that has made pitchers work harder than almost any other.

Wainwright walked just 3.7 percent of batters that faced him this season, tying him with Cliff Lee and David Price for the best rate among qualified starters. The St. Louis righty was also excellent at racking up the Ks, striking out 22.9 percent of hitters for the 19th best rate among qualified starters. Those two skills combined gave Wainwright the second best K/BB ratio in the league (behind Lee) and the fourth best FIP at 2.55. However, while there is no doubt that Wainwright can locate his pitches, he may still be susceptible to the uber-patient approach of the Red Sox. 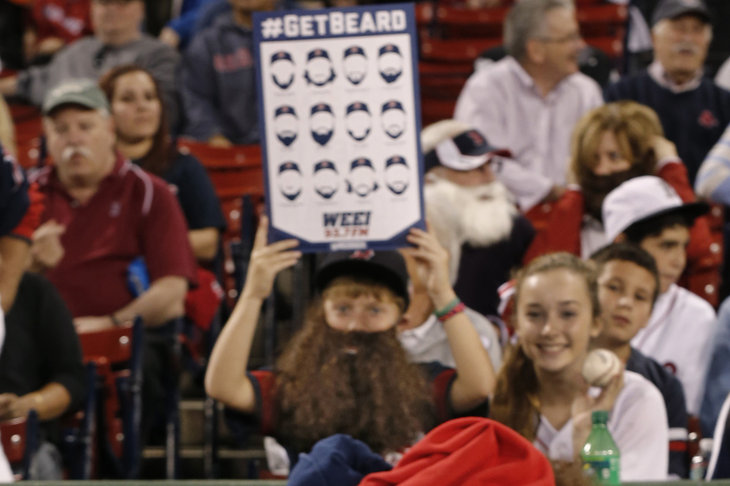 How we got here.

Wainwright's lack of walks isn't entirely due to pounding the zone. He actually threw a below-average number of pitches in the strike zone this season. What makes the Cardinals ace so effective is his ability to get hitters to expand the zone. His 34.5 percent out-of-the-zone swing rate this season was fourth among qualified starters and his contract rate on such pitches was well-below average. Paradoxically, hitters swung at a below average number of his pitches in the zone despite making contact on those offers at a better than league-average rate. Wainwright's stuff has excellent movement and he can sneak it in and out of the zone almost at will, fooling hitters on both fronts.

Tigers starters were able to fool the Red Sox hitters plenty, but three consecutive games of 10+ Ks and at least five no-hit innings only resulted in one win for Detroit thanks to the grind. Boston hitters saw the second highest number of pitches in the game in 2013 and if Daniel Nava and the slumping Will Middlebrooks start, five hitters in the top 100 in pitches per plate appearance will be in the lineup (minimum 200 PA). That patience led Boston to tie the Indians for third in walk rate, drawing free passes in 9.1 percent of their at-bats. Only three teams swung at out-of-the-zone pitches less often than the Red Sox and they made more contact when they did expand the zone than all but five teams. That strength is countered by one of the most passive approaches in the zone and well-below average contact when chasing strikes.

Given the Red Sox ability to run up pitch counts and get to the weak underbelly of teams' bullpens early, Wainwright is liekly to attack Boston hitters with strikes early in the count. When facing another one of the game's masters of control, David Price, in Game 2 of the ALDS, the Red Sox countered Price's strike-throwing with a slightly more aggressive approach. The team went after what David Ortiz described as a less than full-strength fastball from the former-Cy Young Award winner to score seven runs on nine hits and two walks.

If Wainwright does pound the zone early, the Red Sox may make a similar adjustment, but given his proclivity for pitching out-of-the-zone, Boston needs to stick with their approach. The grind helped them navigate by Scherzer and Verlander and if they stick with it, even a dominant Wainwright might not be enough to give the Cardinals the win.