Whose intangibles stack up higher: the Red Sox' or the Cardinals'?

Share All sharing options for: World Series 2013: Measuring the Intangibles

While it is axiomatically true that no one can possibly have more intangibles than Derek Jeter, the indisputable "Captain Intangibles" himself, it is also true that the upcoming World Series is not going to be fought just with bats, gloves, and balls, but with grit, guts, and beards. So, I think it's worth looking at some of the various unquantifiable factors that might play into this series, and figure out who'll end up on top.

So this will be the fourth time in the history of the World Series that the Red Sox and Cardinals have faced off in the World Series. You can read more about some of their dust-ups in Marc's piece, but the effect of these past dramas on the current series is tough to figure out. While the Cardinals have twice bested the Red Sox in the cruelest of fashions—taking Game 7's in both cases—the Red Sox's demolition of the Cardinals in 2004 is still a bitter pill to swallow. And who can forget the most memorable moment of The Greatest World Series Evah: when David Ortiz threw out Jeff Suppan in a play that was only a belly flop away from being a premonition of Prince Fielder's baserunning flub on Saturday night? (All this has happened before, and will happen again.) At its core, I think the two more or less balance one another out, so we'll call this one a tie—even though the Sox need to win it to actually make it a tie.

The Red Sox played in the only division in baseball with four winning teams last year—and its last place team, the Toronto Blue Jays, was both a pre-season consensus playoff team and also tied the Rockies for best record among last-place teams. Having clinched home-field advantage, the Sox had to dispatch both the ridiculously resilient and repellantly regressive Rays as well as the pitching equivalent of the Evil League of Evil in the Detroit Tigers.

On the other hand, the Cardinals had a tougher division overall, with three teams finishing with over 90 wins, all of which made the playoffs. In the playoffs, their job was somewhat easier, facing a divisonal rival in the Pittsburgh Pirates and the Dodgers to make the Series.

On net, this is just about even. Neither team really had a "gimme" route that guaranteed success, and I'll give this one to the Cardinals on the strength of their regular season in-division battle, but not by much.

ADVANTAGE: Cardinals, by the distance by which Pedroia's Game 6 foul missed being a three-run homer.

This is actually another close call. If you look up "gritty Cardinals" and "gritty Red Sox" in a Google News search, you turn up just over 4,000 hits for the Cardinals, and just under 4,000 for the Red Sox. So the media apparently thinks both teams are fairly full of grit. But at the same time, how many teams are powered by a 170-pound dynamo who, when clean-shaven, looks like he should be the batboy rather than the starting second baseman and former AL most valuable player? Who has Señor Octubre in their lineup, and who has merely imposters? The Cardinals haven't really had "that guy" in their lineup since Albert Pujols decamped for Los Angeles—in spite of having both Carlos Beltran and Matt Holliday on the roster.

Advantage: Red Sox by the hair on Pedroia's chinny-chin-chin

This isn't even a contest, really. The Cardinals have John Axford, who is a reliever with an ERA somewhat north of 4.00—in the National League. The Red Sox have Xander Bogaerts, who some people think might be able to stick around for a while.

Neither team is lacking in an enterprising spirit; both teams simply get the job done, day in and day out. But is there any doubt which team is having more fun than getting to face the Houston Astros while doing it? Which team leads the league in Nava-Carp bouncing, in destruction of jerseys, and all kinds of all-kinds of beard-pulling tomfoolery. About the best the Cardinals can offer up are some horrifically bad dancing GIFs. (No, seriously. Don't click that link unless you have a bottle of brain bleach handy.)

Busch Stadium seems like a great place to catch a game, but there's just no way that you can compare it with Fenway Park. Only one of them is instantly recognizable from its outline compared to other parks, and only one has the distinction of being the oldest park in its league. Sorry, Busch.

ADVANTAGE: Red Sox, by one alternate and better reality, disguised as a ballpark

Do I really need to say anything here?

So it looks like on most of the intangibles actually end up favoring the Sox—at least in this listing. Perhaps we've left a few important ones off. But, ultimately, none of this really matters, because the biggest intangible of all, the one that will really decide the winner of the 2013 World Series, is:

The unfathomable and limitless depths of His dark malice and contempt for the desires and yearnings of baseball fans everywhere inspires jealousy and awe even among the greatest of the Old Ones, who admire His cunning, wherewithal, and dogged persistence. Everything in baseball serves His horrific and destructive ends—even the trade that sent Jose Iglesias to the Tigers, so that He could commit an error at the worst possible moment. Who knows what vile abominations He has concocted to bring His millennia-old plan closer to fruition? But suffer them we shall, in the hopes that our beloved Sox can eke out another victory. 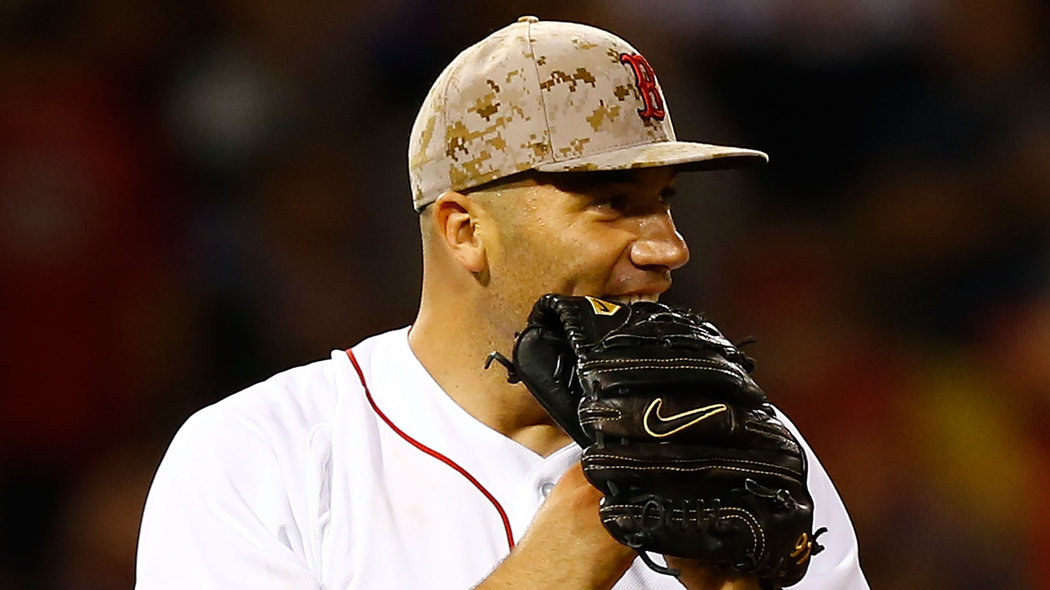 He rises. He consumes. We end.