He may not be able to provide the same all-around value as some other candidates, but no one can provide the things that David Ortiz did this season.

There is still an entire postseason to be played, but with the end of the regular season already passed us, award talk inevitably takes control of some of the baseball conversation. This has become readily apparent this week, as many national writers have released their would-be ballots, if they had votes. It's pretty crazy that the Red Sox -- who finished the year with the best record in the game, alongside St. Louis -- don't have any serious contenders for the MVP. What's even crazier is that it makes complete sense.

You'll see a few ballots with one or two Boston players towards the bottom of the top-10, but really that's just writers feeling a need to give respect to a team that finished with such a good record. The Red Sox played so well this year because of their depth, not just one guy. Even so, there has to be one guy who provided more than everyone else. One guy who has stood out just a bit beyond this depth-filled group of bearded maniacs. Who better to take that distinction to the biggest star on the team, David Ortiz.

Ben Cherington's job this offseason has been praised countless times, and he deserves every good thing written or said about him. It's true that he gave the team major facelift and changed the whole culture around the team. That being said, there were some carryovers, most notably being Ortiz. Dustin Pedroia is great, and Jon Lester and Clay Buchholz added another great season into their Red Sox careers, but Big Papi is unquestionably the face of this franchise, and that matters in a season like this. With all of these new faces, there needs to be some sort of familiarity here, and a personality that can bring the new guys and old guys together. I can't think of a single player who could fit that description better. Ortiz has the perfect blend of goofy, bubbly personality and hardass competitiveness that made this team so fun to watch. And when tragedy struck this city on Marathon Monday, who was the one to take the mic in the aftermath? Of course it was Ortiz. Oh yeah, he's pretty good at playing baseball, too.

Despite the fact that 2013 was Boston's DH's age-37 season, he was still one of the best hitters in the game. After starting the year on the DL, his long-term health was a big concern, given his age and size. That wound up not being a problem at all, though, as he managed to compile 600 plate appearances in 137 games. He made them count, too, as he hit .309/.395/.564 this year, giving him a .400 wOBA and a 152 wRC+. Those last two stats are, in my opinion, the best single numbers one can use to judge a hitter's performance, and Ortiz led the Red Sox in both categories, by a significant margin. Amongst starters, Mike Napoli was second in both columns, with a 129 wRC+ and .367 wOBA.

The fact that the Red Sox had a strong hitter in every spot in their lineup was huge for their success, but having a bunch of above-average but not great hitters doesn't make it a truly great offense. For that to occur, there needs to be one man's presence that stresses out every pitcher, catcher and manager. In Boston's case, David Ortiz is that presence, and stress opponents out he did. Consider just how much he was feared this season. In 2013, managers decided to put him on base with an intentional walk rather than attempt to get him out 27 times this season. The next highest IBB total on the Red Sox was 4, for Dustin Pedroia. Ortiz's presence was even unmatched when you expand the field to all of baseball. Second to his 27 IBBs were Joey Votto, Miguel Cabrera and Paul Goldschmidt, all of whom were tied with 19. That's just counting the times they went with straight intentional walks, too. There were countless other times when team's decided to pitch around him, without going all out and having the catcher stand up with his arm out. 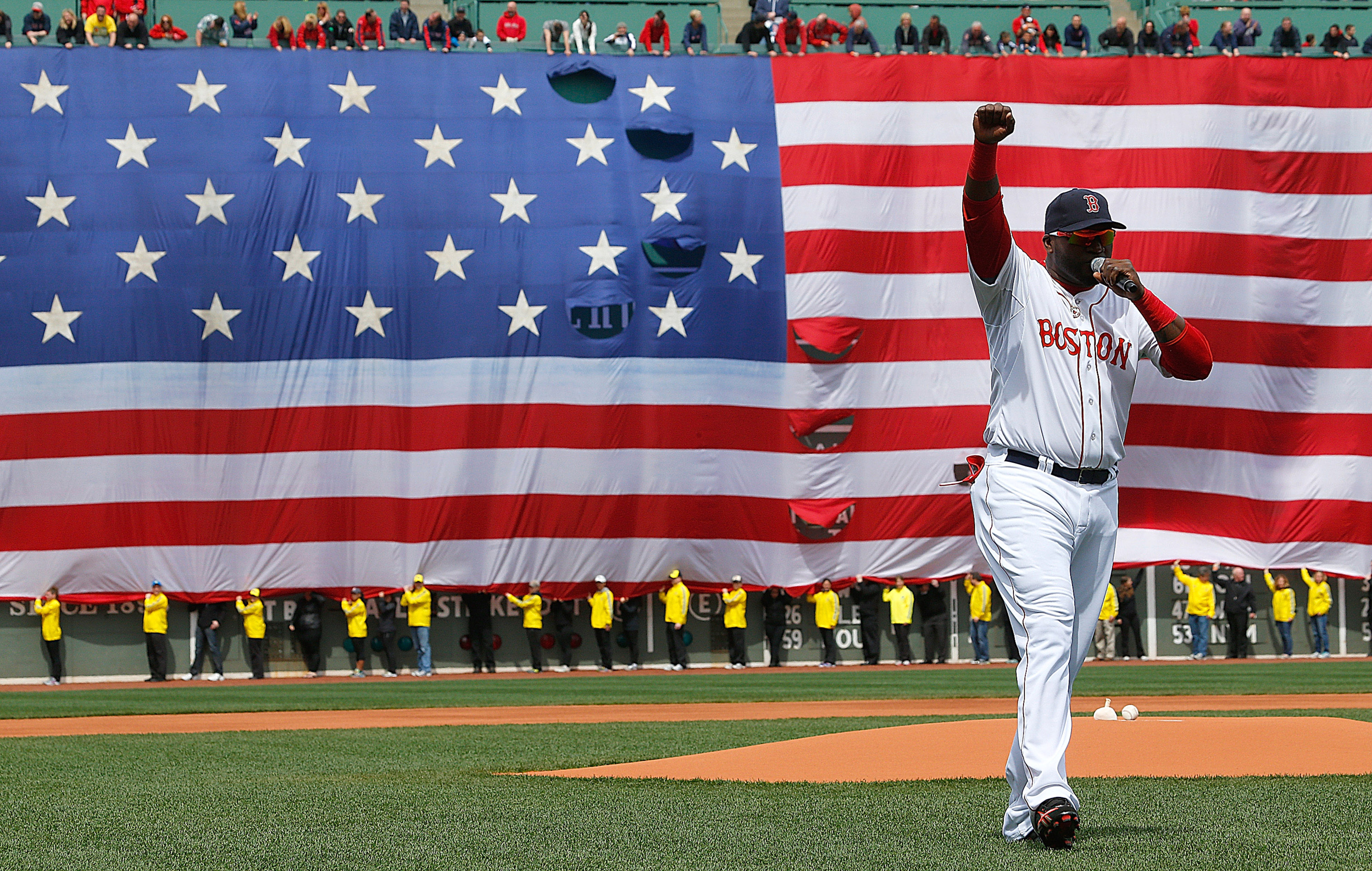 The reason teams are so afraid of Ortiz is his power. For this year's Red Sox, that was a crucial part of his game. Boston's lineup did it's damage by working the count and getting on base. It's becoming more and more ingrained in many fans minds that RBI don't tell you how a player has performed at the plate -- and that's true. Still though, lineups need someone who can drive the ball for extra bases-- - preferably out of the park --- and bring all those on-base guys in. Ortiz is that man for the Red Sox. His 30 home runs led the Red Sox, as did his .255 Isolated Power. He was the perfect compliment for a lineup that boasted on-base speedsters like Jacoby Ellsbury and Shane Victorino at the top of the lineup. 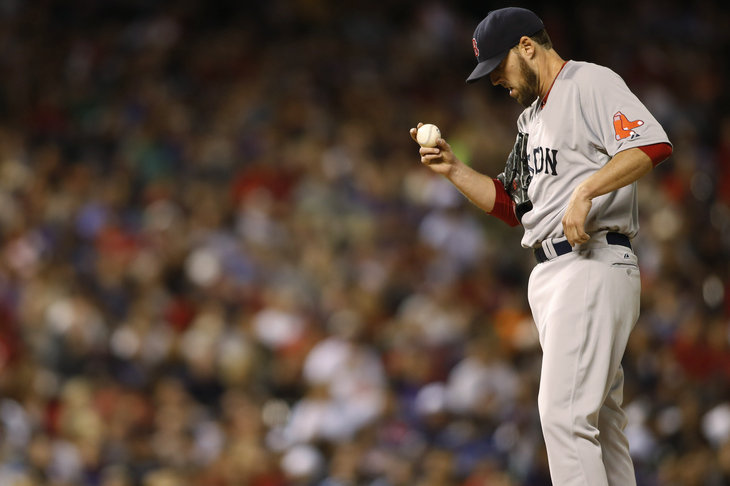 Have you heard of the MLBPA Players Choice Awards? If not, there's a good reason for that.

It's not as if power was his only game, either. He was very much a part of the offensive philosophy that the Red Sox pride themselves on. In fact, his .395 OBP was the best on the team, even better than Mr. OBP Daniel Nava. Ortiz's approach at the plate is really something to watch, as indicated by his well above-average 12.7 percent walk rate and well below-average 14.7 percent strikeout rate. He's able to accomplish these types of feats with his amazing plate recognition. This year, he laid off pitches out of the zone four percent more often than the average major-league hitter, while pulling the trigger on pitches in the zone six percent more often. It's that type of approach that makes him one of the best hitters in the game, even at his age.

In this era of advanced stats, DH's are often penalized for not playing the field, since they spend most of the game on the bench while other players are contributing in other ways. This is a perfectly reasonable way of looking at things too. Great arguments can (and have been/will) be made for a number of players on the Red Sox, many of whom contributed in ways other than with the bat. Still though, Ortiz's bat was so good, it's hard to penalize him for not playing the field. This season doesn't happen without David Ortiz, plain and simple. His presence in the lineup was unmatched by anyone in the league, his power added something that the lineup clearly lacked, and he still was able to keep up with the rest of the team in terms of plate approach. On top of all of that, he is the clubhouse leader on a team that has been undeniably defined by the mix of personalities on the roster. There are plenty of fine Red Sox MVP candidates, but for my money, this OTM award belongs to the face of the franchise, Big Papi.