"Be creative and contrarian with your pick!" they said. "The hell with that," I said.

Part of the appeal of baseball, as compared to the other big American sports, is that it seems possible. The players aren't demigods (Mike Trout excepted), the game takes place at a comprehensible pace, and practice and hard work seem as important as inherent talent. Regardless of the reality that none of us, even with years of practice, have the reflexes and vision to catch up to a 97 MPH fastball, or the arm structure to throw one, baseball looks like a sport we could all play.

That illusion of possibility, I think, is why fans cling so tightly to players like Dustin Pedroia. Beyond the fact that he's normal-sized (well, almost), Pedey lays out on everything, tries as hard as any of us would have to. He's an elite baseball talent, but he doesn't look like it. He doesn't have the easy grace of a Robinson Cano, the relaxed gliding defense of a J.D. Drew, or the Herculean physique of a Giancarlo Stanton. It's the constant effort that makes him approachable and appealing. It's also what makes him the most valuable member of the team.

The case for Pedroia, obviously, isn't only a matter of his approach and his makeup. In terms of actual production, he's been the best player on the field. Baseball Reference has him leading the team in WAR, FanGraphs has him just behind Ellsbury and Victorino. The difference there is mainly the sites' respective fielding metrics (B-Ref has Pedroia at over two wins defensively, FanGraphs a bit over one). In a season where he tore a thumb ligament on Opening Day, Pedroia has still managed to stay productive, hitting .301/.372/.415. That may not seem like particularly good production, especially the low SLG, but it's not 2003 anymore. The AL average OPS was .724 this year. Pedroia beat that by 60 points, from the middle infield.

Pedroia tied Mike Napoli for second on the team in walks behind David Ortiz, with 73 each for Pedey and Nap, and 76 for Papi. Ortiz, however, was intentionally walked 27 times(!), making Pedroia's number even more impressive in context. He scored 91 runs, second on the team behind Ellsbury. He led the team in hits, with 193, and even with the torn-up thumb led in doubles, with 42. He threw in 17 steals for good measure, behind only Ellsbury and Victorino. All this, and we've only briefly mentioned his fielding, which continues to be elite, probably the league's best at his position. While we're still in numbers, Pedroia played in all but two games this year. With the aforementioned shredded thumb. 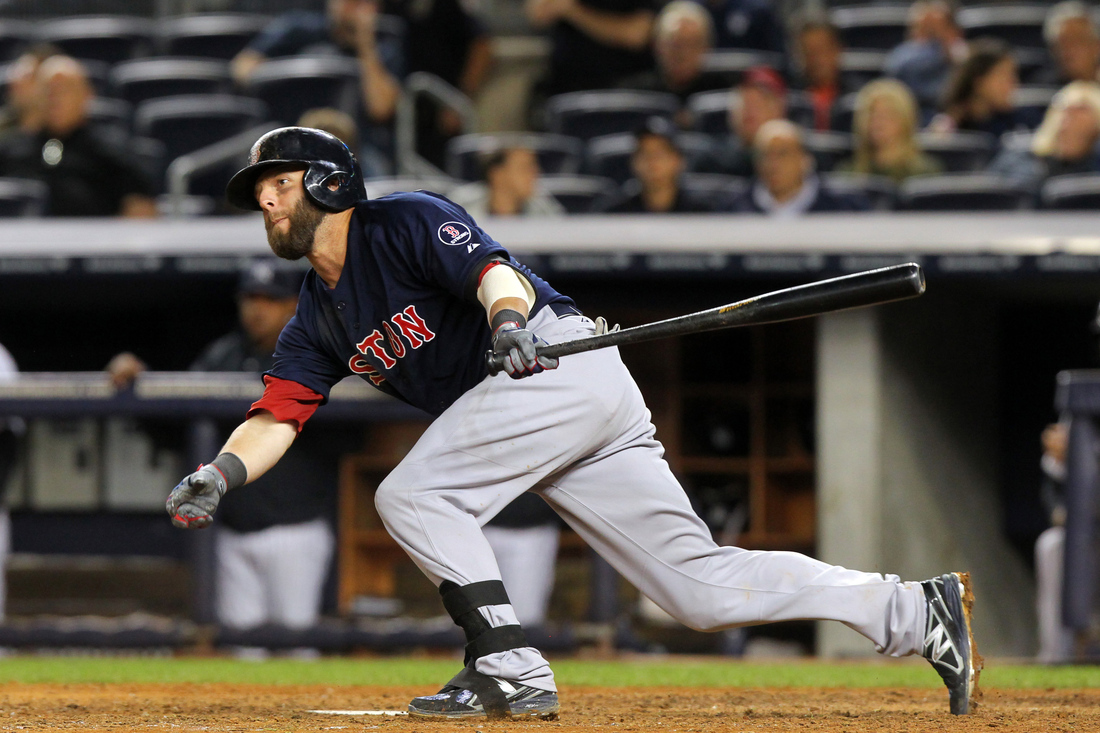 So the statistical case for Pedroia is pretty damn strong, although clearly others have a solid claim in terms of production. Ellsbury stole far more bases, Ortiz and Napoli hit for significantly more power, Victorino can claim just as solid a defensive performance. The most encouraging aspect of this year's Red Sox has been that depth. Not just that they've had the bench and minor-league fill-ins to take up the slack when the starters are hurt, but the mere fact that every starter has contributed. The offense hasn't been carried by a single player, nor the pitching staff by a lone ace. Heading into the playoffs, there are no easy outs in the lineup, no weak links in the rotation. With that kind of structure, there are a half-dozen or more guys who could easily be called the best player on the team. Clearly we need to go a bit beyond to figure out why Pedroia is the indispensable player on this year's team.

When last year's team was being torn down, and the front office tried to figure out their starting point for building (in Ben Cherington's phrase) "the next great Red Sox team,' every account I've seen had them starting in the same place: Dustin Pedroia. He was the core of the core, the one player they had to keep, and whose personality they used as a model for finding other players. Players who would go into every game focused, ready to play and win, players who lived and breathed baseball. Pedroia was, as WEEI's Alex Speier put it in February, "a player who, in production and comportment, represents everything for which the Sox want to stand." 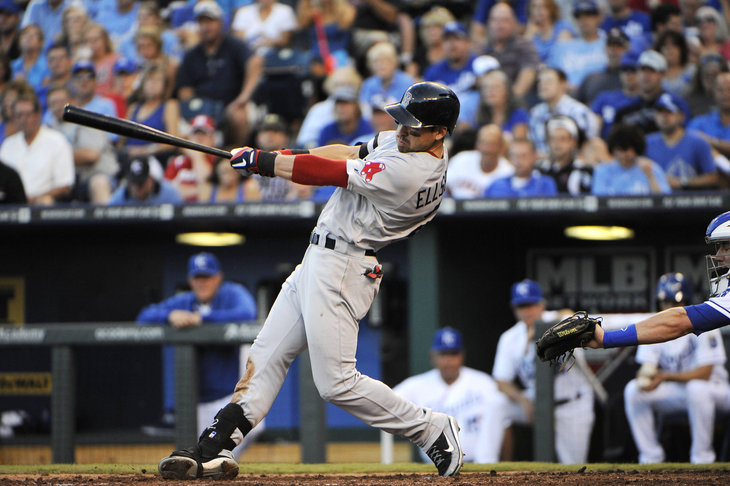 In what is possibly his final year in Boston, Ellsbury reminded everyone of why he's so good.

It came up again in July when the Red Sox gave Pedroia a contract extension which should keep him in town through the end of his career, and at a surprisingly low annual cost. Boston had publicly shied away from long-term deals after the Carl Crawford and Adrian Gonzalez debacles, and yet here they were handing Pedroia eight figures a year well into his late thirties. At the same time, Pedroia, given his production and the imminent free agency of Robinson Cano, very likely left money on the table, and did so expressly so that the team could retain its financial flexibility. He's still making millions, it's not like he's taking food off his own plate to feed starving orphans, but it still says a great deal about his mindset in terms of winning games.

The little things can show up in big ways, too. Pedroia spent the offseason working with Jose Iglesias, trying to turn the young shortstop into a productive hitter, or at least someone whose bat wouldn't drag down the lineup. He didn't magically grant Iglesias that ridiculous .500+ BABIP for half the year, but I can't imagine the work they put in had no effect. It's not silly to think the Sox might not have Jake Peavy without the work Pedroia did in the winter. (Stretching, sure, but an MVP column with no logical leaps is like whipped cream with no bourbon. It works, but it's not as fun.)

This year's team has been a joy to watch from beginning to (not yet) end of the season. Every player has made a contribution, big or small, to the squad, and the roster has been deep enough that the loss of any one guy can't sink the team. It's tempting just to say that the Red Sox collectively are their own MVP. But then that's not the point of the exercise. So with the stats so evenly matched, there's only one choice. The diving, sprinting, trash-talking, count-working, heavily-bearded heart and soul of the team, Dustin Pedroia is the Red Sox.